Hayley Atwell, the popular Hollywood star has features that are striking. Well, Hayley Atwell makeup pictures look a lot different from her makeup-free pictures, as the makeup ones show more accentuation as usual. Although her makeup-free photos are not anything to complain about, she looks equally stunning either way and makes for a great role model. She sports makeup-free looks quite often and that is something appreciative. You cannot miss her dimple which is the attention seeker. 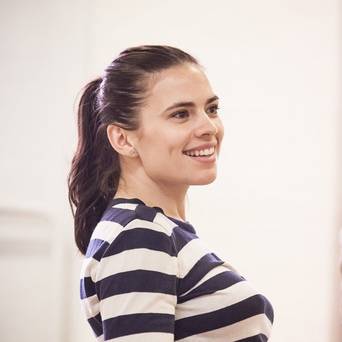 The First Avenger proved to be a real challenge for the up-coming actress. The 31-year-old actress had to adopt a extensive regimen set by a personal trainer appointed to prepare for this role. ‘I started doing military circuits with him and he really put me through it,’ revealed the actress to British Mail. ‘I did various detox diets, hard running every day and endless lunges and squats. I was in the best physical condition I’ve ever been in.”

Though her general work out process is not as demanding, but Hayley does care about to her appearance on screen. And to look as deadly as she does, she practices abdominals, deadlifts, and deltoids.

Hayley Atwell also runs every day and swims whenever possible. Pectorals and biceps exercises have also helped her greatly in archiving the fit body she boasts. Though she prefers dancing, she does indulge in rugby every once in a while. 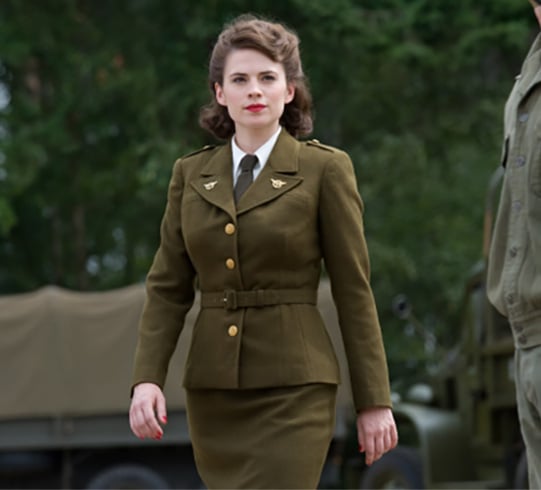 Haley loves a good serve of mushrooms, kelps, beans, cauliflower, quinoa, cottage cheese and yogurt. No, she doesn’t abandon food to get a super skinny body and admits that too, “My real self, the self I have always been from a child, is a loner and nerd, slightly overweight, with a very heavy fringe.” She often treats herself with hot dogs without counting every calorie.

But she doesn’t miss out on her proteins either. A protein rich diet pumped up her confidence slipping in glamorous dresses without feeling like “a milkmaid” as she herself put.

Facts About The Celebrity

A total vegetarian, Hayley gets all her nutritional requirements from vegetarian food. She has stayed away from meet and fish since the age of 8.

Jacqueline Fernandez Is Our New Ethnic Pin Up Girl

How to Treat Eye Infection at Home With Simple Home Remedies