The film festival held by the reverie is inundated with so much of high fashion, we often tend to forget that the real motive of the arrangement is to showcase movies. But neah, we are only interested in fashion, well, so be it. Lets see who wore what on day 4 of the Cannes 2016.

The Indian actress flew in from Mumbai and presented us with one glamorous appearance after the other. Reminding us of her previous appearance, she chose for herself a fabulous golden floor length number again. But who can even complain? She nailed the look completely and totally slayed at the red carpet by chanelling her Great Gatsby side in the ethereal gown by Elie Saab. We fell in love with those side swept waves which went perfect the deep wine lip colour. The soon to be a second time mommy was in no mood to spare us a heart attack. She was sexy too the T and showed off her little baby bump yet again in this heavenly blue gown by Atelier Versace. The single shoulder number had us swoon over its sky-high slit. The actress had her hair tied neatly in a bun accompanied with impeccable make-up. At the screening of her movie “The BFG”, Indian Mallika Sherawat took to the red carpet of the merciless film festival dressed absolutely to the nines. She was seen in a stunning Georges Hobeika silver number which featured an interesting belt followed by some floral metallic detaining. She was a total princess in her flared dress that she accessorized with De Grisogono jewellery. The British American actress was in her best self ever in a strapless floral Dior dress. She paired her ankle length gown with nominal accessories and even the simplistic make-up allowed her ensemble to grab all the eyeballs around. 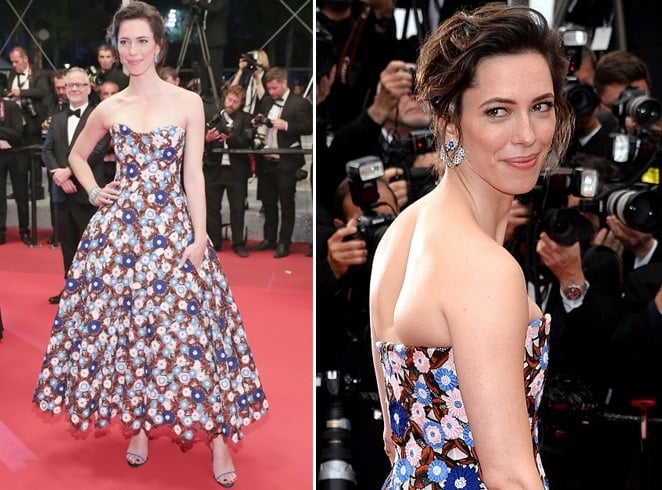 Araya Hargate brought her A-game at the event this evening. She took to the red carpet looking all kinds of stunning in a gorgeous floor length number by Zuhair Murad. She paired her gown with silver-blue applique work against mesh pink base pairing it up with minimal jewels. Araya completed her look for the evening with a sleek updo, and kept her eyes smokey. 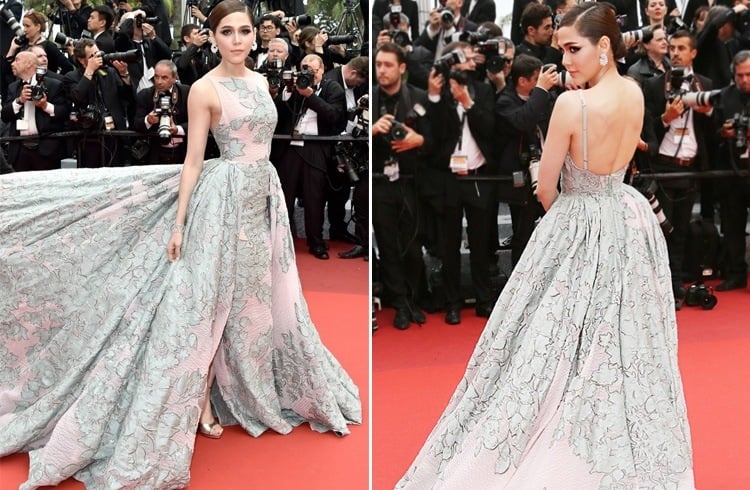 The premier of ‘The BFG’, was also attended by ex-miss France. She was perfectly bright in her candy colored ensemble that comprised a skirt in the lightest shade of baby pink boasting a high slit. She paired it up with a pink-purple-white sleeveless top with quite a plunging neckline. The number was signed by Elie Kuame. 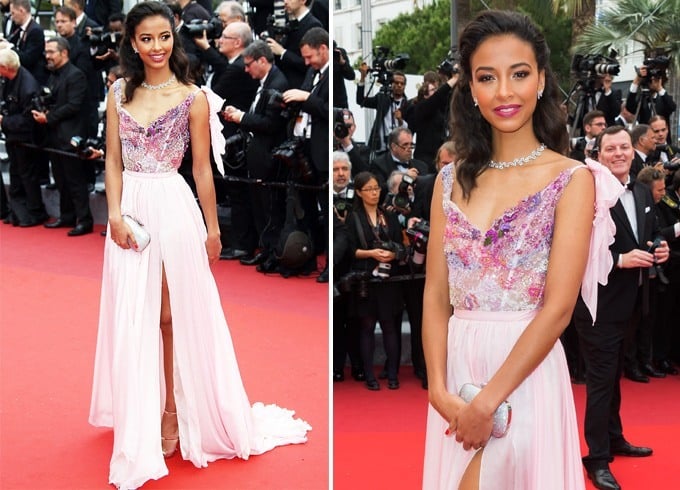 An amazing Spanish actress who rather refused the idea of bra in favor of her Stephane Rolland Couture. I am not confused if I at all like it or not. Honestly, it looks a lot like an expensive chiffon bathrobe to me, with that chunky belt and see-through material that hints at her nude legs. See-throughs are high fashion, but something about this number is just not right. Even the hairstyle gives the after shower effect. 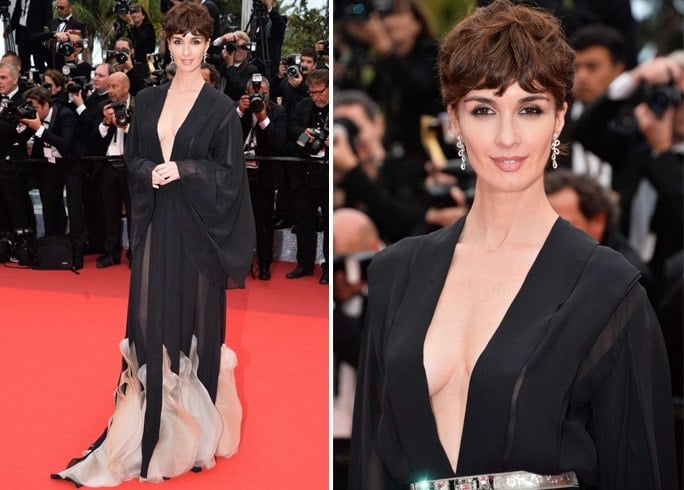 Now if you thought that looking glamourous is a forte of actresses and models only, think about it again. Here you have the CEO of Roskino, walking the red carpet and she can actually give all the models and actress a run for their monies. The off shoulder red gown and its thigh-high slit is a perfect example of glam meets corporate. 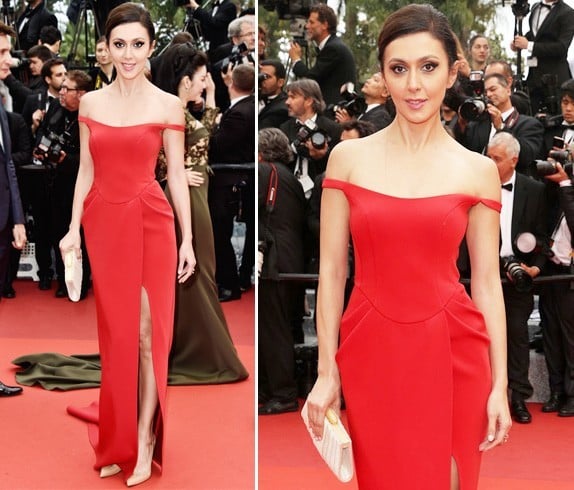 So how excited are you all to check out all these beauties and their extravagant looks on Day 5? Stay tuned!

Sonakshi Sinha Haircut And Hairstyles – Because The Girl Knows How...

Bollywood Actresses Were All Gorgeous At The 61st Filmfare Awards This...

Fashionlady - January 18, 2016 0
61st star studded award show presented by Filmfare was everything anyone bothered about this weekend. Being one of the most prestigious award nights of...