The only movie festival which is awaited more for the fashion it broadcasts than the movies, are Cannes, and we have already witnessed the heat generated on its red carpet on the first day. The cruelest red carpet of all, by the French reverie has witnessed the who’s who of fashion to be ripped apart by fashion police and only few can survive through their sharp eyes. We have gotten the best appearances for you handpicked from Day 2.

Because she considers it beneath herself to look anything less than impeccable Julia Roberts chose an Armani Privé dress to walk the red carpet on the second day of the prestigious film festival. The emerald 52.76 carat Chopard jewelry sat perfectly on that delicate neck at the screening of “Money Monster”. Though she didn’t make headlines for the gown or the rock, but for walking the carpet barefoot. 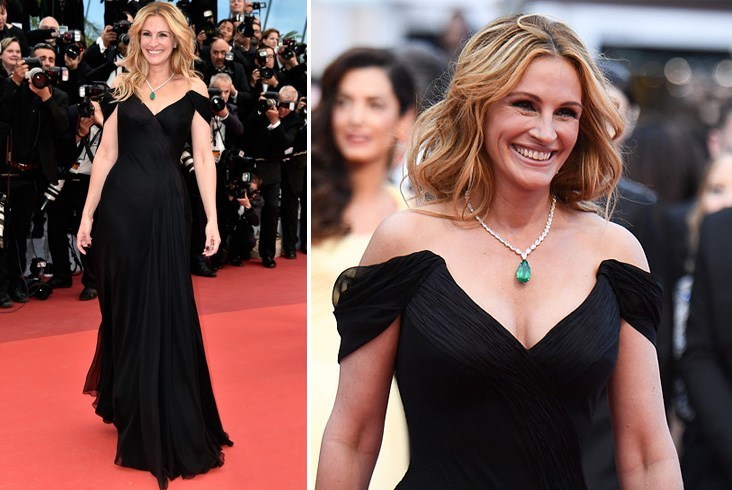 Although it was all about movies and movie stars the high fashion model of Estee Lauder zoomed into the festival wrapped in a risqué Versace number. It might take more than a couple of minutes even for the most trained eyes to figure out the complicacies of this attire. The 20 years old princess of the Kardashian-Jenner clan treaded in intricate strappy heels. One can easily say that the most expensive accessory Amal carried on the red carpet this evening was undoubtedly George Clooney. But standing tall in her butter cup hued single strap Atelier Versace gown, she was no less of a diva in her own. Someone might be contemplating a challenge for Angelina Jolie throwing in those sky high slits. The Still Alice actress marked her second arrival at the unforgiving red carpet, but was successful in winning all kinds of praises. For the premier of Money Monster, the actress picked an interesting gown by Louis Vuitton. The ivory dress maintained a conservative bodice but spread out in fringes below knees, to give us a generous view of her slender legs. 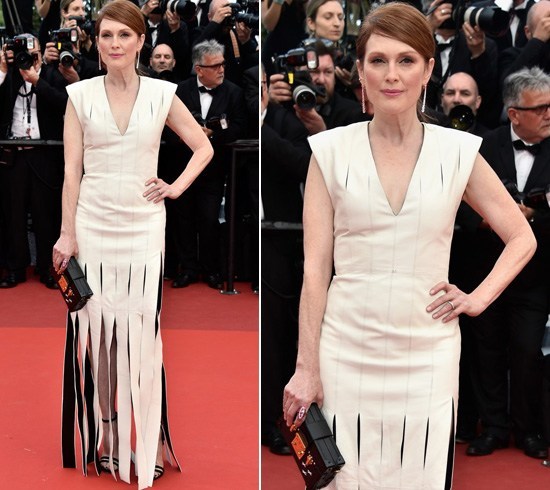 The birdman actress was spotted in a Michael Kors Collection gown in a mixed shade of greyish blue, finely beaded with shiny studs on her way to the screening of Money Monster. She balanced the gorgeous body on Giuseppe Zanotti heels. 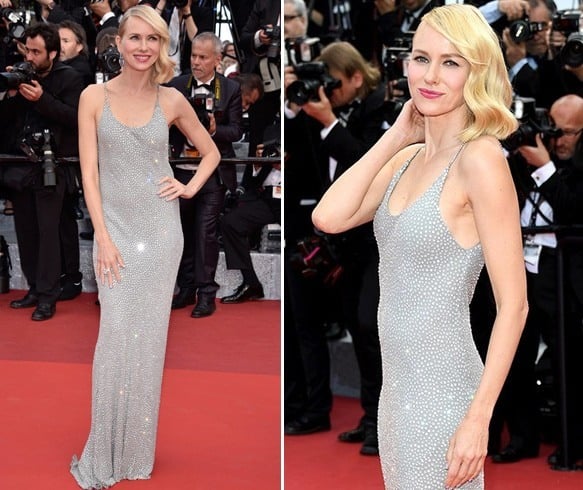 Shutterbugs loved the Texan fashionista while she paced her way through the crimson carpet in a fabulous Pamella Roland creation. The strapless black gown that reached the floor boasted an interesting display of sequin work. The dazzling diamond necklace worked fine to pronounce her as the quintessence of grace. The Cafe Society star appears twice in public glare today, in two looks poles apart, and we fail to decide which one is better. The suede slip Valentino dress in yellow that she paired with Jimmy Choo barely there string heels brought sunlight to the city. But what everyone was talking about is the Cinderella dress the actress donned at the premiere of Slack Bay (Ma Loute). The evening was graced highly when the former princess of Upper East Side arrived in the multi-tiered Vivienne Westwood Couture embellished with floral studs. Even the Crystal flower hanging just above her neck was stunning. Of all the faces shining at south France, guess it was Jessica who shone really loud in her silver chunky Alexander McQueen gown. She opted for Brian Atwood shoes and completed the look with Piaget jewelry. The French actress was totally at home in a mesh ensemble scattered with vertical floral embellishments. She was another celebrated name who was excited to attend the premier of Money Monster. 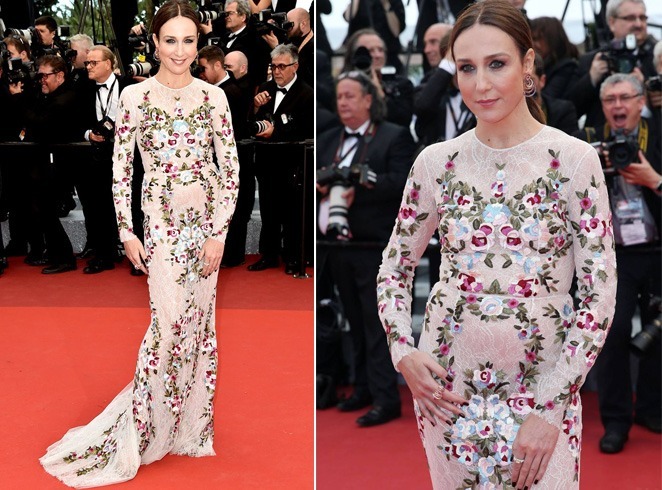 A highly publicized model, Hofit, walked the Cannes red carpet for a second time this year looking splendid in a white flared floor length gown. The dress was spotted with multi colored polka dots and the waist line featured some unique leafy detailing that extended upward and downward to some extent, highlighting the model’s hour glass figure. These were the best dresses to be displayed at the Cannes excessively judgmental red carpet. Stay tuned as we bring in Aishwarya Rai’s stunner look from Day 3 in the following article.

Our Best And Worst Hairstyle Picks From The Awards Night