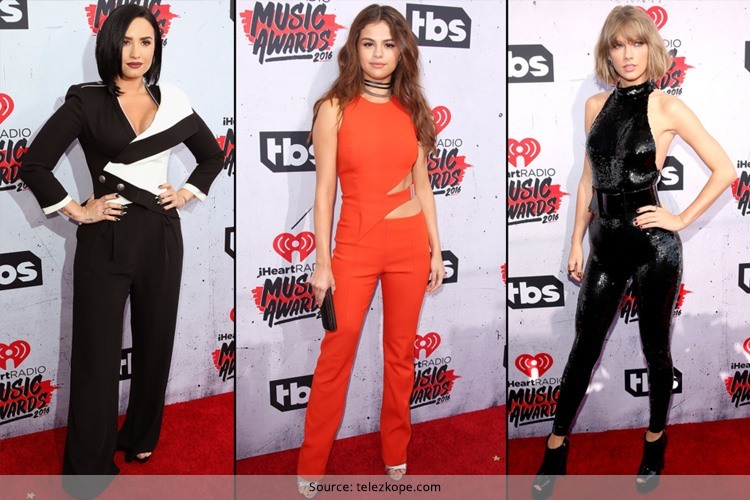 It may be April already, but the red carpets haven’t been rolled off yet. The country artists headed for Vegas and enjoyed the ACM awards, but rest of the music industry compressed itself in the venue for the annual iHeartRadio Music Awards. I can never decide if I like their music more or their fashion better. But as always with an extra bit of attention on the fashion quotient, I have observed that the wardrobe choices for iHeartRadio were all about pant suits this year.

And to begin the style show, let’s present to you the highest followed artist on Instagram – Selena Gomez. Selena was a perfect amalgamation of class and cuteness in the Mugler jumpsuit. Girl shows off some worked out abs through the cut outs, okay stop ogling now? Messy waves and a bunch of chokers were her accessories, added with a Jimmy Choo clutch and Giuseppe Zanotti sandals. 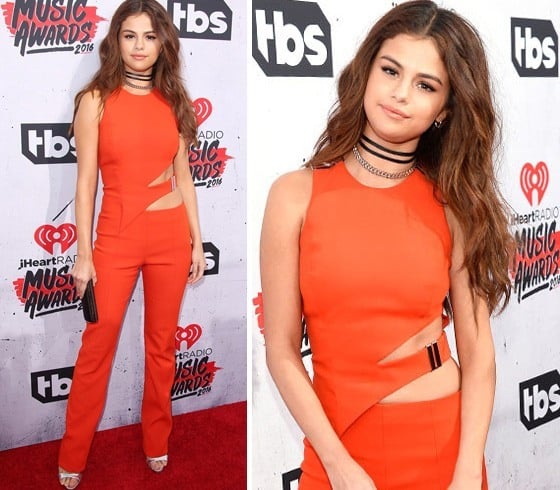 What we see here is Iggy Azalea’s version of revenge dressing. Considering the debacle that the Australian rapper is going through, you should give her some props for showing up looking so put together in her New World Order-printed single sleeved crop top and royal blue high waisted pants. The red Stuart Weitzman sandals worked in her favor too. 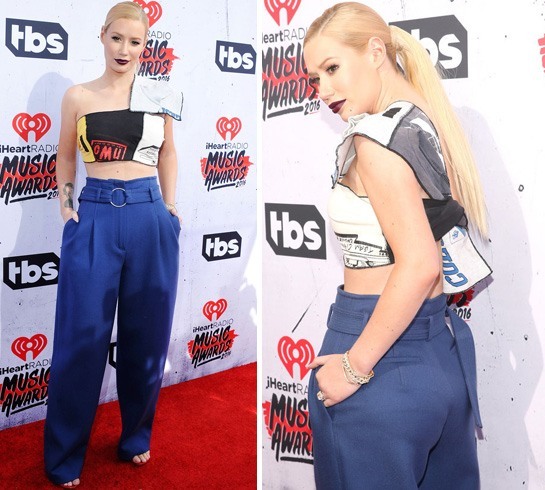 Taylor is my queen and I would never in a million years critisize her. But when the “Out of the Woods” singer arrived in this black Saint Laurent belted jumpsuit, I was a little disappointed. Though Taylor looks gorgeous in her body hugging sequins covered jumpsuit, it didn’t look very iHeartRadio-esque as the award show is characterized for its mellowed down dress code. Just like her BFF, she picked Giuseppe Zanotti shoes. Her jewelry is from Vhernier and Melinda Maria. 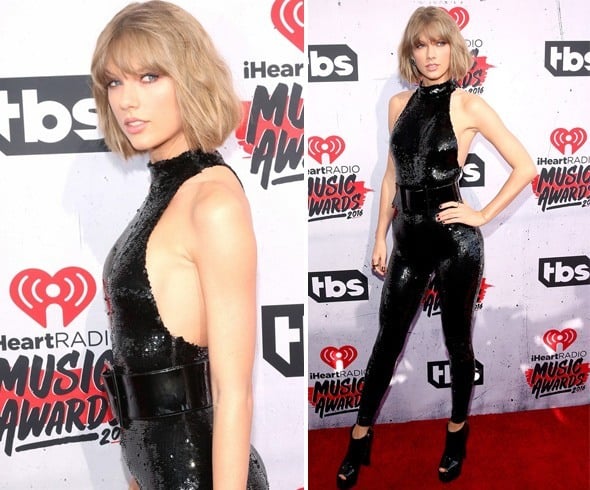 This two time champion of ABC’s Dancing with the Stars was endearing in a white mini by Jill Stuart. The simple look was embellished a little with stud Earrings from EF Collection Diamond Moonstone Slice. The ‘Stone Cold’ crooner belted out the song through her gifted pipes. But before she killed it with her singing, she slayed the red carpet in a monochromatic pantsuit by Alexander McQueen showing off just the perfect amount of cleavage. Her nails were dark contrasting the white open-toed Prada heels. A little jewelry that she wore includes Makri Fan Studs. Recently immortalized as a diversified Barbie, the Disney star is gradually emerging as a fashion icon. Keeping up with her trend of showing up in the best outfits, she wore a head-to-toe Haider Ackermann Fall ’16 outfit to the iHeartRadio. 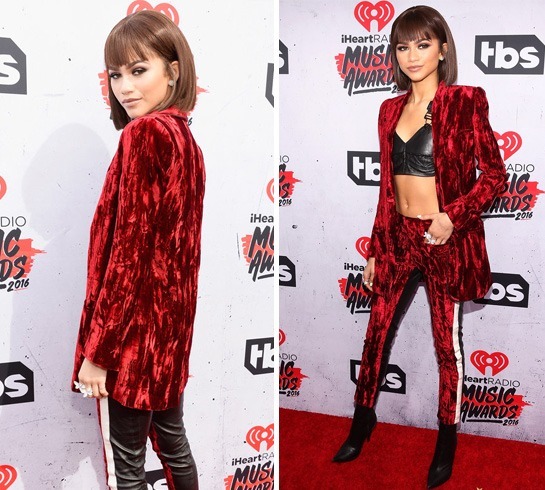 She was all about the bass last year, but now it’s a new Meghan rocking some dark hair. For more dark hair drama from Megan check out her latest song – No. The singer was covered in black sequins at the red carpet, again, a vibe of Taylor Swift. Anyway, though a little out of place she was stunning in Donna Karan dress which she paired with fringed Jimmy Choo sandals in black. 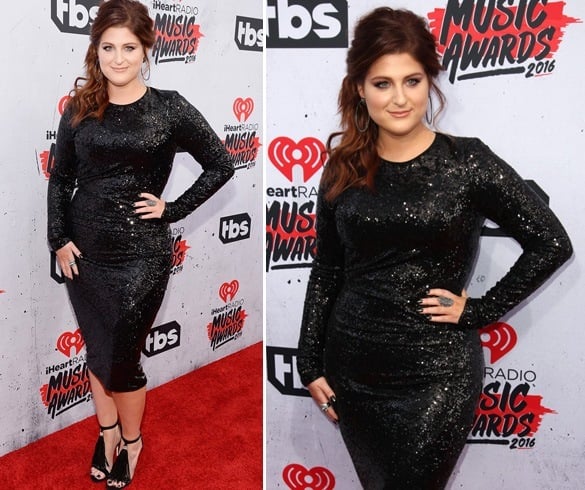 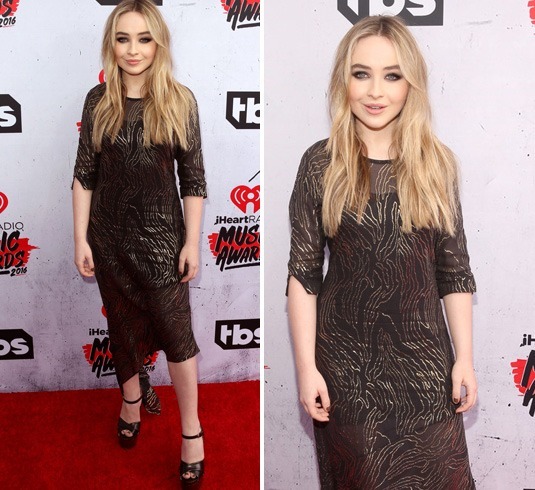 The business of the award season seems to have come to an end, the rush while choosing the attires still perpetuates. And the struggle made this year’s iHeartRadio Music Awards stand out as a juxtapose of sequins, vibrancy, and patterns. May be just a few more award nights left for the season, but stick around, we will get you all the fashion news.

Concealer Makeup Tips Straight From The Book Of Makeup- Secrets

Usher In Festive Cheer This Sankranthi With These 7 Evergreen Kolam...

Fashionlady - January 6, 2021 0
Kolam or rangoli is an age-old art that is central to our traditional celebrations during Indian festivals be it Diwali, Dusshera or Sankranthi. The...