Not just another awards night, it was the night of the Olivier Awards at the Royal Opera House, London. The 40th Oliver Awards night was attended by some of the most impeccable artists in the industry. But I am not sure if ‘impeccable’ could be the word used to describe all the red carpet appearances. While most of them turned up in their best looks, there were a few celebs who made some unpardonable mistakes in their wardrobe choices.

[Also Read: Style Statements Of Our Celebs At HT Most Stylish Awards 2016]

Gemma Arterton was one of the best sights of the night. Her purple Jenny Packham gown embellished with sequin work and sheer sleeves was pleasant to the eyes though not extravagant. The outstanding feature of this attire was an illusion detailing near the star’s waist. A pair of Grisogono earrings went well with the ensemble. 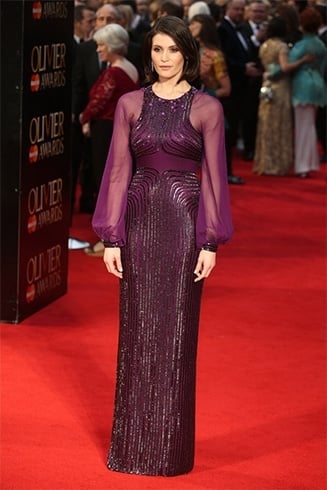 Kit Harrington was accompanied by girlfriend Rose Leslie and the couple are co-stars in Game of Thrones. This was their first red carpet together, and they looked stunning. The couple synchronized the black and white theme and acted as each other’s best accessory. 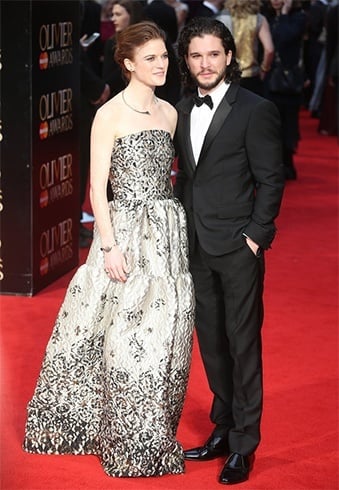 So I told you some of the stars goofed up horribly, didn’t I? Laura Carmichael, Downton Abbey star was one of them. I am a fan of floral dresses, but this floral Erdem gown which is more of a full tiered skirt didn’t work for me, or any other fashion guru around. Goof up number two- Zawe Ashton in her Stella McCartney top and skirt. I am at loss of words, honestly. The only component of this entire look that I like is the Paula Cademartori  clutch. 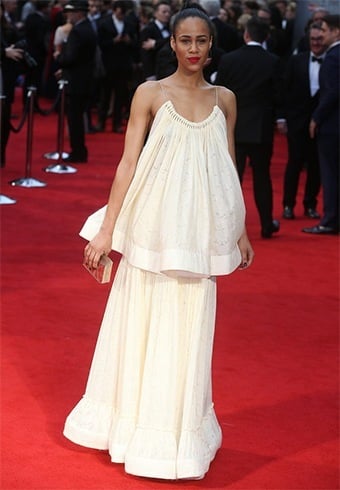 It was a great evening for Judi Dench. The 81-year-old actress won her 8th award for her immaculate performance in The Winter’s Tale. As they say, old is gold, she was gleaming with the gold embroidery on her floor length black coat dress. 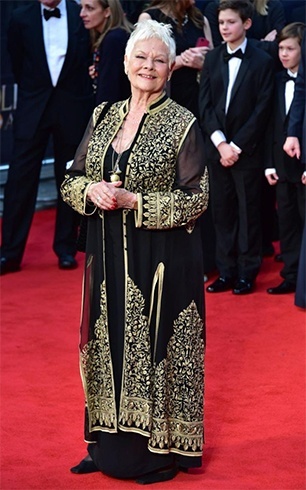 Think of edgy and we have Cyndi Lauper with her white flares teamed with a black caped jacket. Check out the silver choker styled embellishment at her collar and those fingerless sparkly gloves. She matched her pink hair with pink lips. 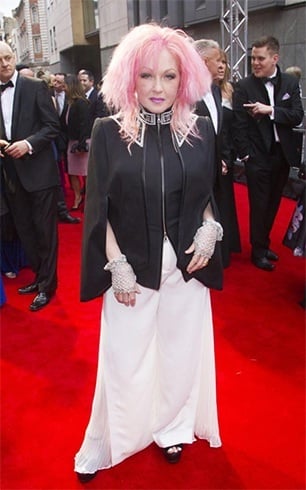 Finally it was Dame Shirley Bassey to have introduced the red carpet to some glamour quotient. Her black gown featuring golden rose patterns on the shoulders that she matched with some gold pointed heels were everything this red carpet needed. 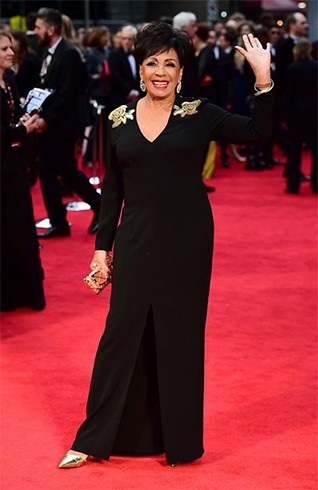 Red is always hot, and no one channels it better than Denise Gough. The actress arrived in a halter neck gown to receive her award for her brilliant performance in People, Places and Things. The most striking component of her dress was the slim golden belt she secured her petite waist with. 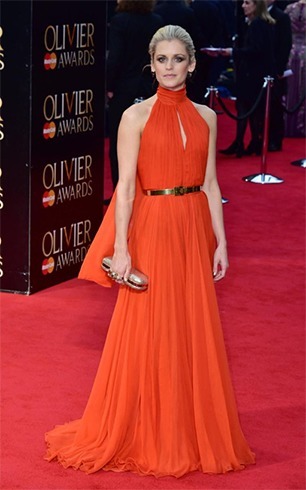 Emma Williams in her grey Adam Shaw Couture was undoubtedly the best dressed of the evening. The strapless ruffled gown by the British designer resonated with every idea that stands for class and drama. 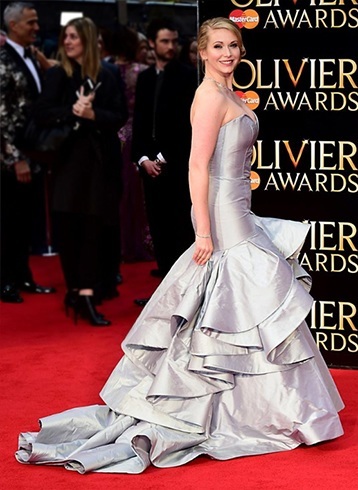 Another silver gown was rocked by Zoe Wanamaker. She teamed her floor length Amanda Wakeley gown with a cropped black evening jacket. But the gown was elegant and tasteful only till the actress had it covered with the jacket. Once the jacket was off, the gown was just another high priced fancy night gown. 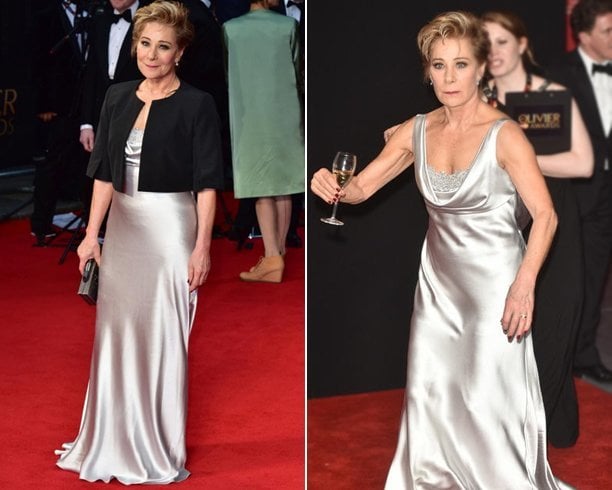 Juliet Stevenson was tastefully dressed in a black Amanda Wakeley jumpsuit. The masculine outfit had a hint of femininity oozing out of the lace sleeves and size panels 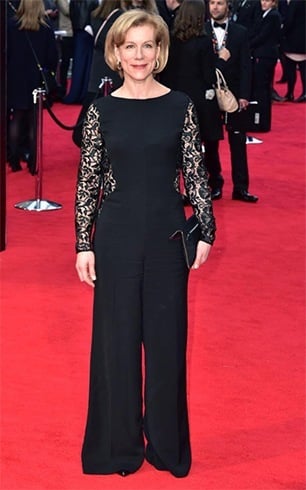 The next award winner in our list is Lara Pulver, who took the Olivier home as a Best Actress in a Supporting Role for her acting in Gypsy. She was seen in an emerald gown displaying a plunging neckline. The Bulgari jewellery complemented her effortlessly. 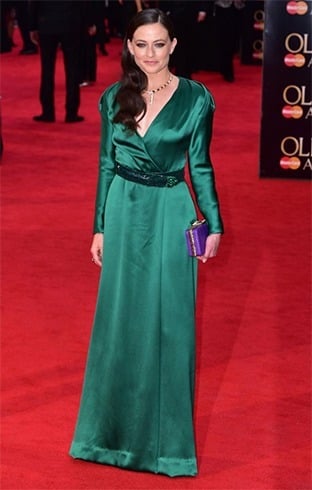 Preeya Kalidas rose to fame with Bend It Like Beckham and she still remains a known name in the circuit. The actress was all kinds of hot in her Amanda Wakeley gown. The backless navy blue gown was elaborated with gold elaborate detailing that made Preeya’s smile a li’l brighter. 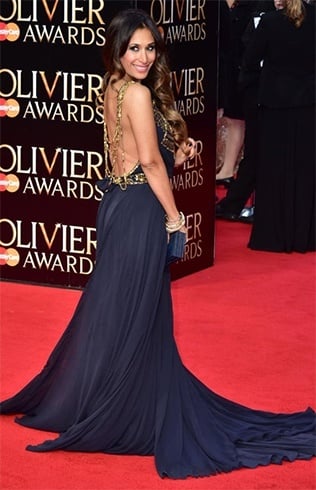 Having seen all the flattering and unflattering outfits worn at the 40th Laurence Olivier Awards, which one do you surmise as the best (or the worst)?

Water Fasting: Are you Up For It?

10 Cool Ways to Style your Shirt-Dress

Christmas Hairstyles From Celebs For Parties And More

How To Bleach Face? Dos and Don’ts To Get It Right!