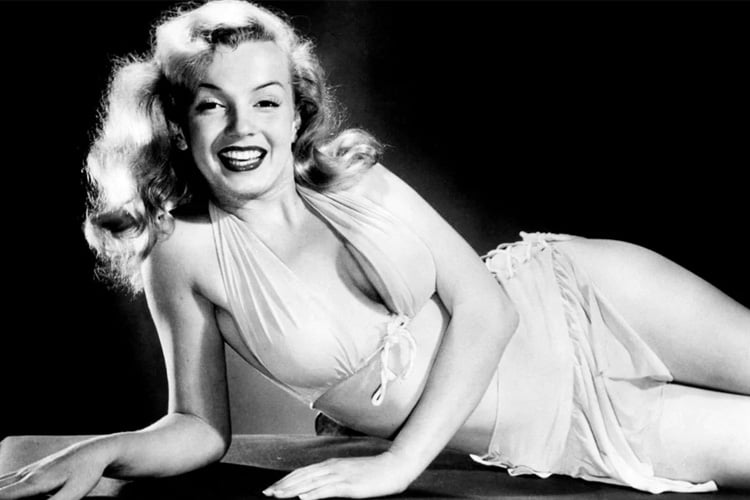 In the last years of her life, she had become an alcohol addict. On 5 August 1962, she was found dead in her home by her psychiatrist Ralph Greenson. The cause? “Probable suicide” by drug overdose.

“When I was five I think, that’s when I started wanting to be an actress. I loved to play. I didn’t like the world around me because it was kind of grim, but I loved to play house. It was like you could make your own boundaries… When I heard that this was acting, I said that’s what I want to be… Some of my foster families used to send me to the movies to get me out of the house and there I’d sit all day and way into the night. Up in front, there with the screen so big, a little kid all alone, and I loved it.”
—Monroe in an interview for “Life” in 1962

Gladys, Marilyn’s mom had developed psychiatric problems, and was put in a mental hospital. It means Marilyn Monroe spent much of her childhood and growing years in foster care and in an orphanage. James Dougherty – He was a neighbourhood friend of Marilyn. They got married. He went into the military, MM did her modelling and they split and divorced in 1946. 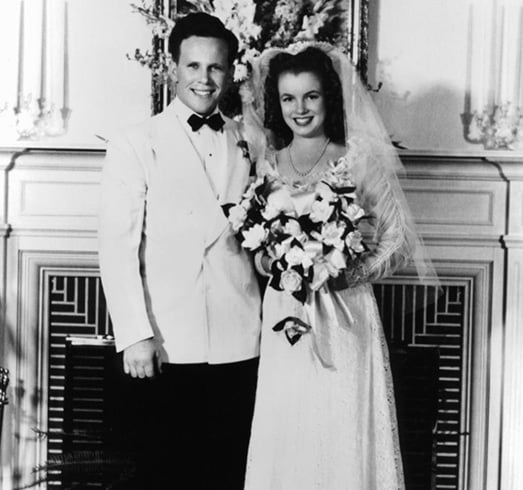 Joe DiMaggio – MM went for a supper (meant to honor her for her performance in the 1955-film The Seven Year Itch where her white subway dress is clearly etched in our minds). The very same year MM got married (and divorced) to famous baseball player Joe DiMaggio. 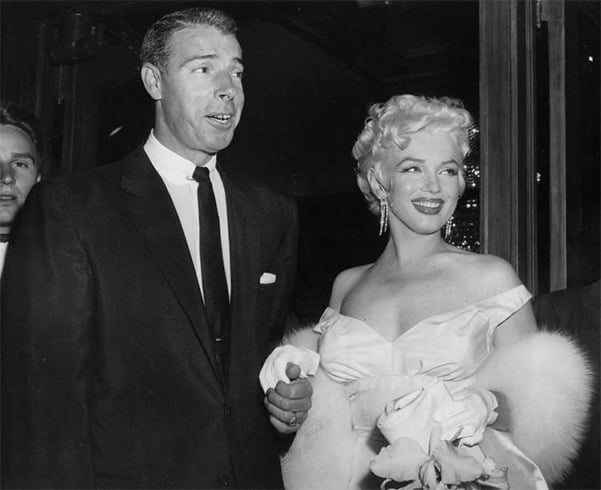 Arthur Miller – Post the success of The Seven Year Itch, MM got the itch to get into serious acting and do away with her sexpot image. She went to New York’s Actors Studio. Sometime later, MM married playwright Arthur Miller. As it so happened, the usual fighting between the couple paved way for MM taking to pills and alcohol. What followed were 2 miscarriages and a gynaec surgery for MM. They got divorced in 1960.

According to rumours, Marilyn Monroe had high-profile affairs with John and Robert Kennedy.

Do you know the history behind Marilyn Monroe’s name? On July 23, 1946 Norma (her real name) signed a contract with Twentieth Century-Fox Studios. She selected her mom’s family name Monroe. From then on, she was known as Marilyn Monroe to all her fans.

First Debut: MM’s first acting assignment came in 1950 in “The Asphalt Jungle” for which she got favorable reviews (even though the role was tiny). If you ask what her first break was like, it was when a photographer for the ‘Yank’ magazine saw her and thought of using her for the shoots. She started to get modelling assignments and became a popular cover-girl of many magazines.

Career Achievements: Marilyn Monroe got the Golden Globe Henrietta Award: World Film Favorite Female in 1953. She was also presented the Golden Globe Best Motion Picture Actress in Comedy or Musical for ‘Some Like It Hot’ in 1960. 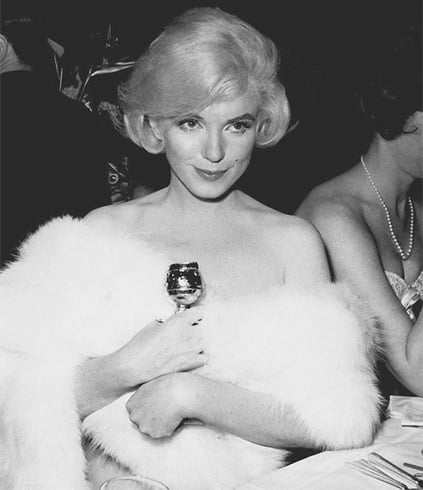 Remuneration: MM’s salary for her unfinished film Something’s Got to Give was $100,000.

What did she do to maintain the enviable figure she had? Let’s find out.

Just 10 minutes is what MM spent each morning doing workouts with small weights. Other active pursuits of hers included:

MM’s workout formula never had any special trainers, nor room for heavy lifting or sweaty workouts. She was clear in her mind how to get a bod which becomes a legendary example for the rest of the world.

Without a doubt, Marilyn Monroe was considered one of the most beautiful women in the world. So what did she eat to maintain her curvaceous figure?

Breakfast – MM whipped 2 raw eggs into a glass of warm whole milk and drank. Skimmed milk or for that matter egg white omelettes wasn’t her cup of tea. Eggs and milk was her favourite morning fare no matter where she was.

Dinner – MM could afford the best restaurant food, but she chose to stop by at a market near her hotel and pick liver, steak, or lamb chops for dinner.

MM enjoyed eating raw carrots immensely. She ate several raw carrots along with the meat she had bought for her evening meal.

MM’s diet was nutrient-rich and devoid of grains or starchy foods (such as bread, pasta, bagels, cereal, crackers, cookies and other refined carbs). 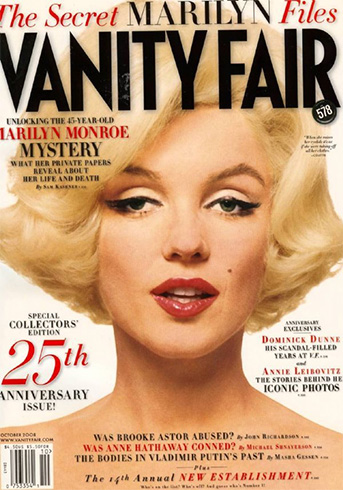 Really sad that Marilyn Monroe didn’t have any kids to leave her fortune to. Her beauty is indescribable, and her aura is iconic for many more years to come.

Do write in and tell us how you found this small presentation on Marilyn Monroe.

Snake Bites Piercing: Get All Your Info Here!

3 Recent Bollywood Inspired Sari Styles That Floored Us All

Vinod - March 2, 2020 0
Handloom weaving and goods have been around for hundreds of years and constitute a timeless facet of the rich cultural heritage of India. Indian...