If you remember last year we had published an exclusive post on Bollywood’s Top 10 Fashionable Mom-Daughter Jodis. If not then please click here. This year, as Hello features Neetu and Riddhima on their cover page for marking the Mother’s Day, we’ve also come up with a special issue featuring this glamorous mom-daughter duo, who outshine everyone with their charm and the chemistry they share in this special relationship.

Riddhima who is now enjoying her motherhood looks fresh and glowing more than ever and Neetu Singh Kapoor just looks younger with her passing age. After featuring the glamorous Dimple Kapadia with her daughters Twinkle and Rinki on their cover page last year, this year the Hello magazine couldn’t find any other better option that this mom-daughter jodi this jodi to grace their cover page of May 2014 issue. 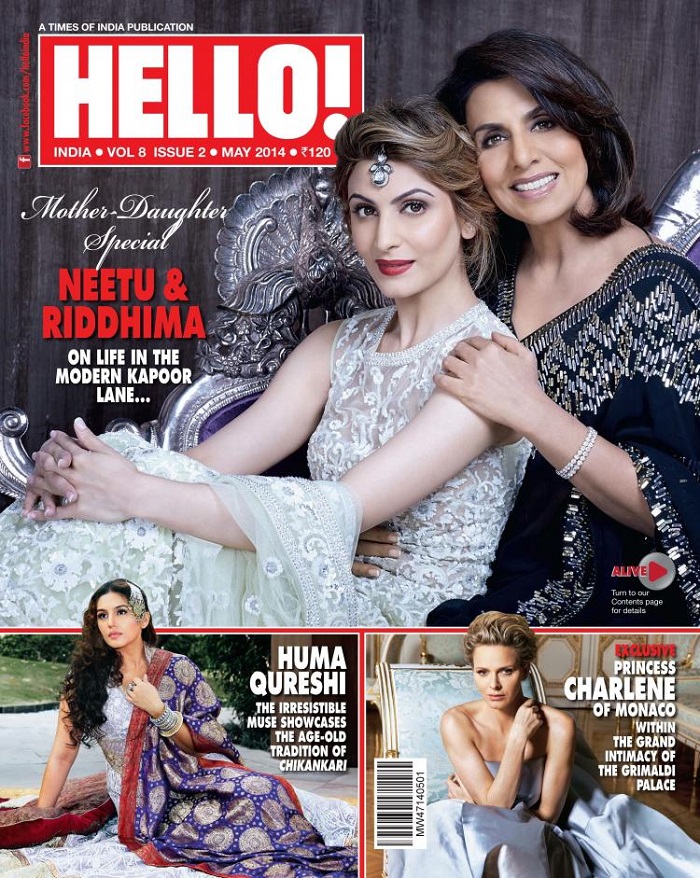 It’s not for the first time the ma-beti jodi has posed for the camera, but they have had an array of photoshoots for Mahesh Notandass jewellery Ads.

Well there is no denying of the fact that camera loves Riddhima Kapoor, daughter of Rishi Kapoor and Neetu Singh. Apart from Rishi, Neetu and Ranbir who face the arc lights, even Riddhima who is married to who is married to Delhi businessman Bharat Sahni and is mother to a toddler, is a natural when it comes to posing before the lens. 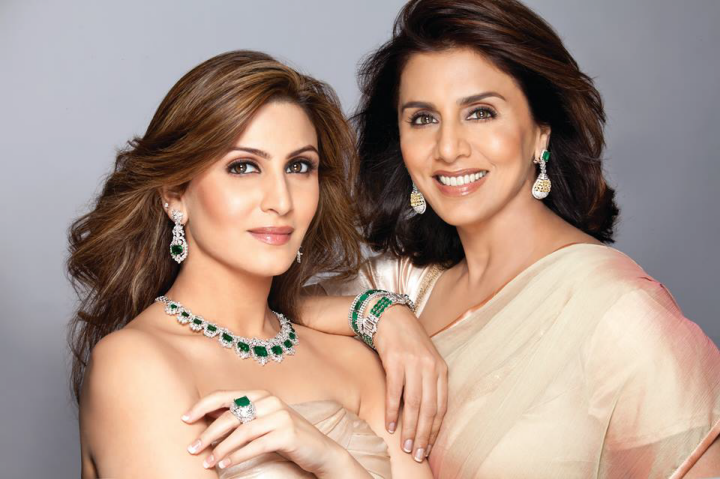 Even though she chose ions now; Riddhima is quite sought after in the advertising world due to her extremely good looks. So far she has given some of her best shots along-with her actress mom for Mahesh Notandass Jewellers ad photo shoots, one which she has recently shot in Bandra, Mumbai, on Wednesday, with Neetu Kapoor.

The duo has been the face of this brand for a while now although this was Riddhima’s first shoot after the birth of her child. The ad was shot by the film industry’s favorite photographer, Dabboo Ratnani.

Even though she has refused entering Bollywood, she is one of the most bankable faces in the industry now. And every time she steps out in Mumbai society, she gets a million compliments for her looks, but she had made it clear to stay away from her family’s traditions. For Hello magazine, , the mother-daughter duo flaunted striking resemblance, as they posed in contrasting blue and beige outfits for the Mother’s Day special photoshoot. While Neetu Kapoor was dressed in midnight blue saree with heavy border, daughter Riddhima opted for heavily embellished beige Anarkali. To finish off her elegant look Riddhima wore a maang-tika.

The exclusive edition features a special story detailing their lives from enjoying the limelight to their decision of turning into house-makers and how it feels to be a part of such a big family. Even Neetu, mother to Bollywood’s current heartthrob Ranbir Kapoor, reveals how she was never approached by her daughter Riddhima Kapoor with a will to get involved with Bollywood unlike other her cousin sisters Karishma and Kareena. 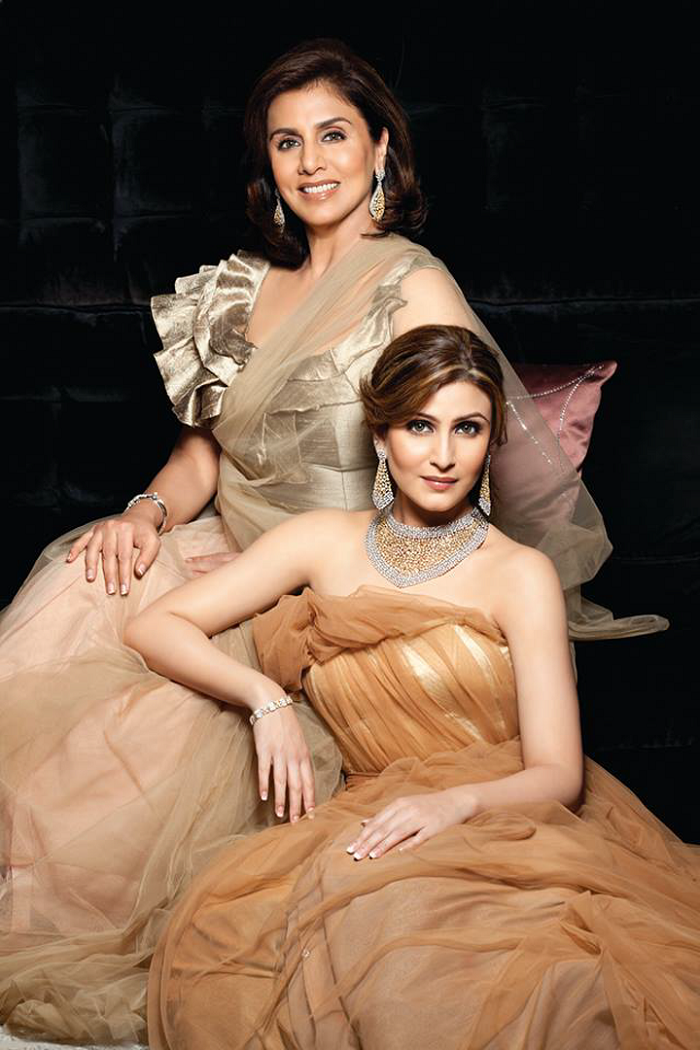 Riddhima and her husband are now blessed with daughter Samara. Stay tuned for more posts on Mother’s Day!!

Choosing The Best Highlighter For Your Skin – On BUDGET!

The Story Behind DIOR’s Legendary Images

Fashionlady - July 3, 2014 0
During his initial days, selling fashion sketches was the easy recipe for making money for Christian Dior, the French fashion legend. Back then, nobody...