Much like her acting career, and, well, her persona in general-Parineeti Chopra-who has turned 30 recently-has taken a serious watch on her wardrobe these last few years, and transformed it to reflect the iconic lady she’s become. Chopra had been out in about a spate of well-constructed ensembles with a young-at-heart vibe-with the media to document everything. The actress has unofficially translated the girl-off-duty style. Take a look at all her recent stand-out looks from her fashion profile.

Parineeti Chopra was born in a Punjabi family in Ambala, Haryana. Born to Pawan Chopra and Reena Chopra, Parineeti has been raised in a close knit family. Her father is a businessman and serve the Indian Army under the supply department at Ambala Cantonment. She is cousins to global superstar Priyanka Chopra.

Chopra was always considered a good student and wanted to pursue a career in investment banking. 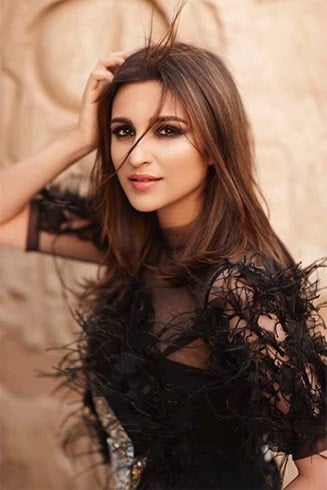 Parineeti Chopra is one of the most acclaimed actresses today. Her movies have garnered widespread acclaim.

The actress made her debut with Ladies vs Ricky Bahl in 2011 along with Ranveer Singh. Her second release was the intense drama, Ishaqzaade where she played a leading character with Arjun Kapoor.

Over the years, Chopra has received many accolades, including National Film Award.

Here is a breakdown of Parineeti Chopra’ in terms of titles:

One word that accurately describes Parineeti’s style streak at the moment is revival. Our attention on her massive transformation began after the three year hiatus she took off from the movies. And well, her new look just keeps getting better.

The actress conquered at all major events recently, leaving behind a trail of memorable looks. Here are eight of them:

Consider us sold and impressed with this one! She landed on this particular event in a Maxi dress from Erdem X HM, that’s both chic and comfy. 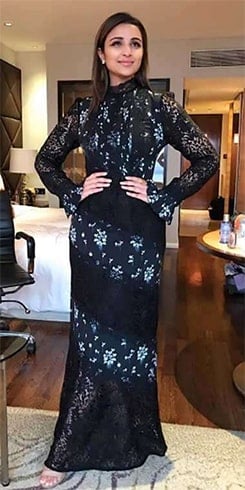 2. Graceful in a LBD by Lavish Alice:

Then went on her style journey with this LBD by Lavish Alice and heels by Nasty Gal. And of course, we don’t miss out on credit where it is due. Proving it’s possible to look sexy without too much skin show with her cute and quirky Saaksha & Kinni number. She tactfully covered her look for a graceful, yet alluring result. 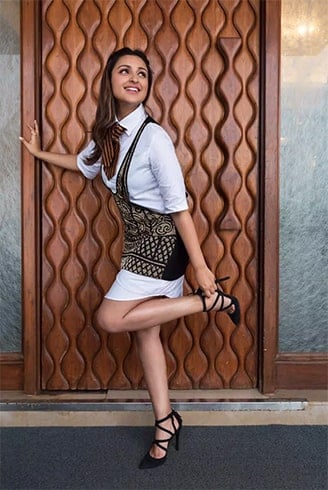 5. Mesmerizing in Lola by Suman B:

Parineeti played with the concept of going chic in a floral romper by Lola by Suman B and giving it a twist with a satin cape from Suman B. 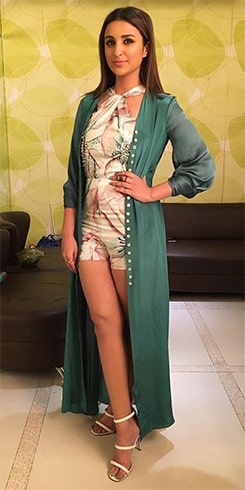 Parineeti’s smart suit is a lesson to take. Ground high in white suit treated with black bustiers. Her suit is from Zara. 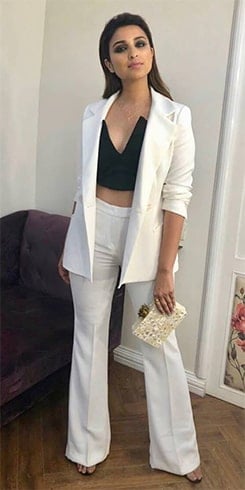 7. In a Blue Bodycon Dress:

Most girls would instinctively work the bodycon dress consciously, but Parineeti styled her look effortlessly. The result? A shapely figure that does wonder for her. We allow the picture do the talking. 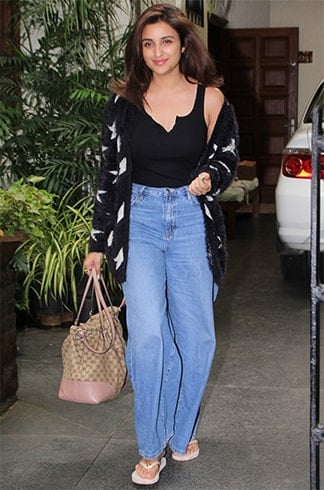 Chopra has self-admittedly stated a number of times that she is not big on gym. But she worked relentlessly to slim down her body shape. Here is a takedown on her fitness routines. 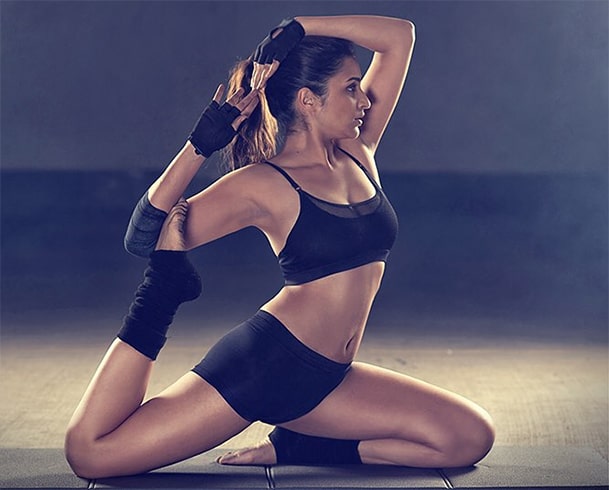 Parineeti has served as a Brand Ambassador for several brands.

Apart from her acting career, Parineeti is actively involved in charity work, as well. She supports several causes.

Apart from that, she has also walked the ramp in support for Shabana Azmi Mijwan Welfare Society, an NGO at the Lifestyle India Fashion Week. The NGO is dedicated to working for girl empowerment.

The trajectory of Parineeti Chopra’s style is best defined as carefree dressing and carefully picked minimalism. She rocks both low-key and haute Couture with finesse. We love all her varying looks. What’s you take on it? Do write in to us in the comment section below. And we will be happy to get back to you.

These Pearl Hair Accessories Are Spiking up Big Time

Summer Weight Loss Plan That You Can Easily Follow Everyday

Flared Pants Are Back With a Bang

The Gateway Of The East: Traditional Assamese Jewellery Design

Fashionlady - July 5, 2021 0
Urmila Matondkar fashion profile signifies a sartorial risk taker echoing her choice of movies. Leave it to the actress to step out in unique...