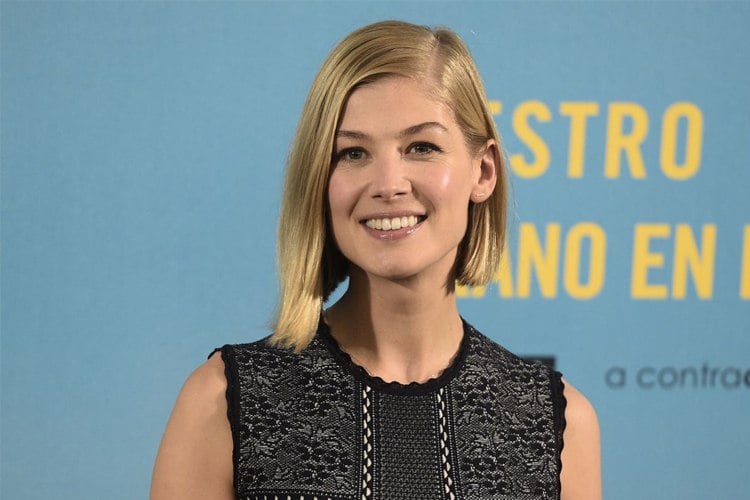 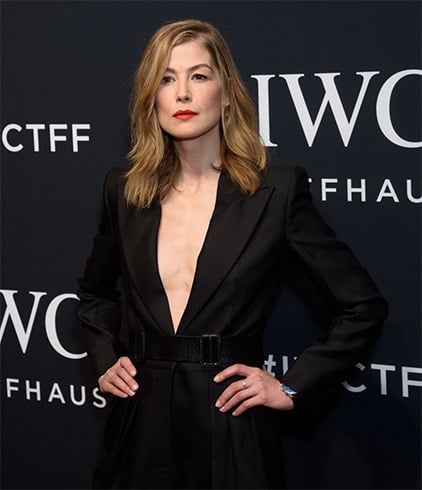 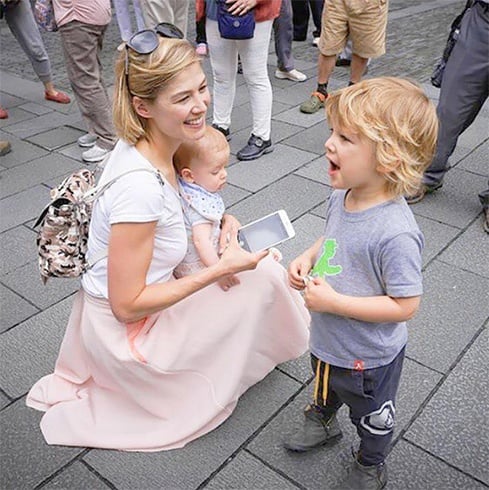 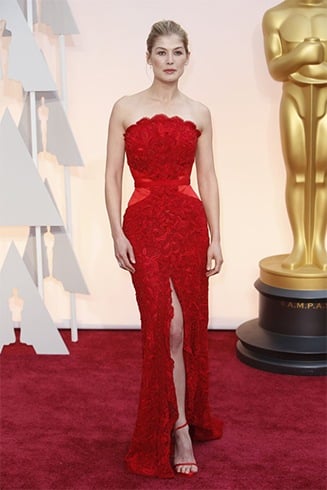 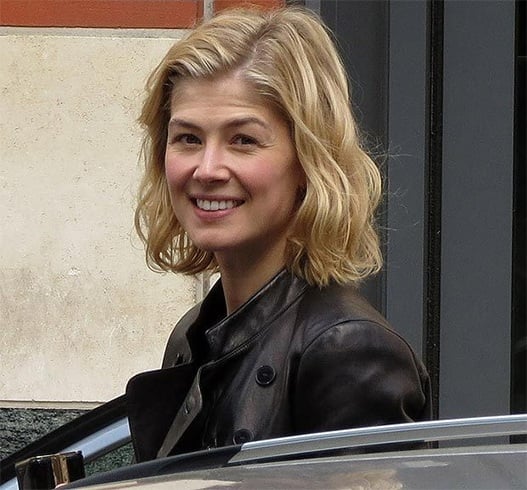 Rosamund Pike is known for playing vivid characters on-screen. She is renowned for her methodical and intense acting. Here’s her list of awards and accolades one should know of: 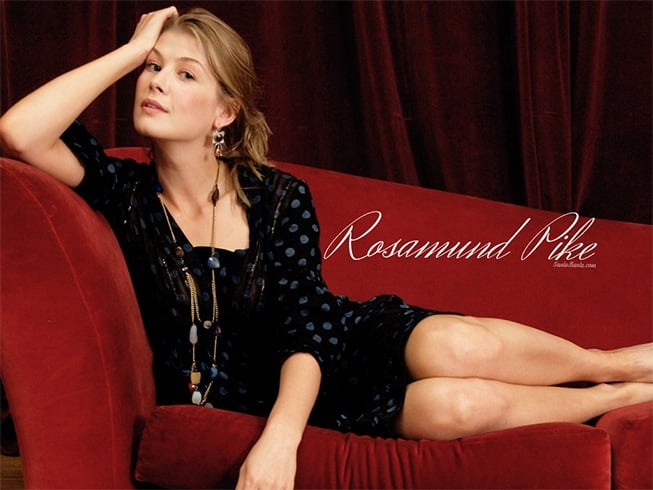 Rosamund Pike is of the belief that women need to be mentally and physically strong. She does her workouts regularly and never shirks from the same. In fact, while shooting for certain roles in movies, she plans her workout schedules accordingly and gets into the body shape the role demands too. This was mostly seen in 2012, for the movie, WRATH OF THE TITANS; she put on 3 kilograms of pure muscle for the movie and indulged in a lot of push-ups, because the movie role demanded so. She is an ardent fan of MMA and has a personal trainer for the same. 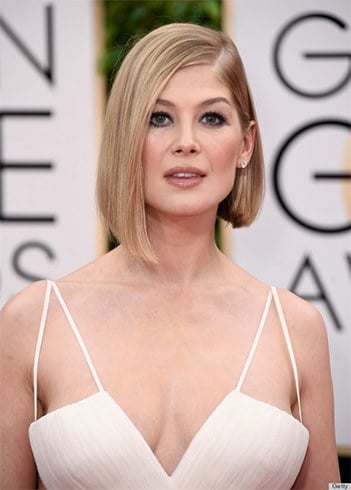 Rosamund is a tall lady, with a strong screen presence too. Her body is slim to slender, and although she is in her late 30’s, it is hard to guess so. She works hard on her body and her diet too, even though she has a career and a home and two sons to manage, she sticks to a strict diet plan. She diets and works out as per the demands of her role in the movies she works for. Her personal trainer says that the actor took only five weeks to get back in shape post delivery of her baby. Even in the movie, GONE GIRL, she took ten days to lose weight, and went off the high sodium diet she was on. She consumes a lot of protein and good fats, avocados and almond butter, salmon too. Carb intake is very low though and she has three meals a day filled with veggies and drinks a lot of alkaline water. She is almost on a paleo diet.

Smudge-Proof Tips On How To Apply Eyeliner The Right Way

Deepika Padukone on Holi: A Complete Beauty Guide Inside

Prints and Fabrics Trending in 2015

Fashionlady - August 6, 2018 1
From her impeccable achievements in the Southern Film Industry to her unique style statement, Rashmika Mandanna has made a name for herself in no...