VMAs were supposed to be an Award show for music, but as we witness lately the show has turned into the Mecca of hi-fashion. As you read on you will know why we say so and clearly won’t find a way to disagree to our claim. So what’s the wait about, let’s get going.

There’s not a speck of doubt that the 19 year old model looks jaw dropping gorgeous in the black sheer Georges Chakra jumpsuit. Making sure her modesty is secured, Hailey made no attempts to hide her envy-inspiring body otherwise. You know what we call this look – we call it the ‘revenge look’. Now though I am a Jelena shipper forever, Justin must feel like an idiot for giving up on Hailey after seeing her at the VMAs. The next model to bring on the sheer game a notch high was Ashley Graham in her ash colored chainmail dress by Naeem Khan. The plus size American is an inspiration to thousands struggling with body image issues and we can’t praise her confidence more. Holly Molly! Those curves she put on full display. The bold rapper whose collaboration with Ariana Grande is just out looked like an award herself in her blue Bao Tranchi dress. The floor length sheer ensemble finished in a floral formation that stood a contrast to her highly sexualized neckline with multiple cut out. 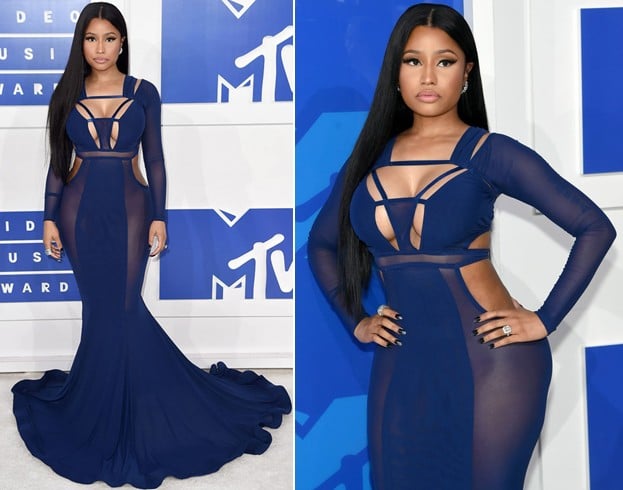 Joined by Nicki, Ariana presented the VMA audience with a sensational performance that would certainly inspire her fans to ride the bike as much as they can. But before taking to the stage her sexy butt, she walked the carpe in a fringed bralette and loose trousers by Alexander Wang. Now just because she is Ariana, she can work an ill-fitted trouser like the hottest thing in the fashion arena. So the singer attends 32nd VMAs in this, well, I guess a dress, by Missoni. The multi layered number with its fringes going all over the place failed to carve a fan out of me though, I let you decide for yourself – yay or neah? Stella Maxwell was every bit incredible in her Moschino Resort 2017 printed matching crop top and flared trousers. She rocked the MTV VMAs in the Indian handicraft inspired looked and let me know of one person who is not digging this vibrant look. 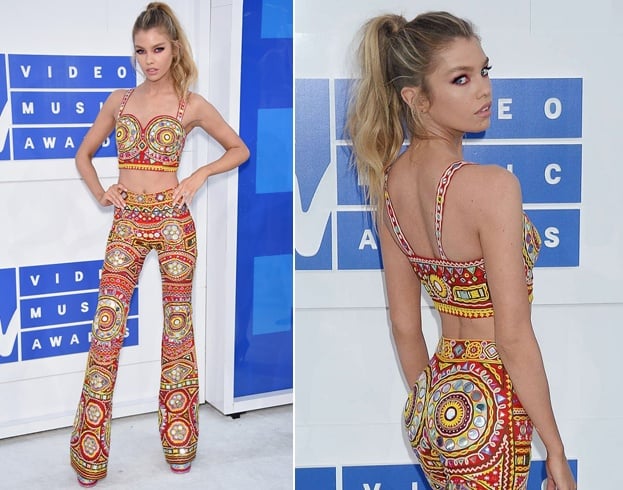 The pop princess is back and this time with a bang. No praise is enough for her VMA 2016 performance, she literally set the stage on fire. But before crashing the stage, she graced the red carpet in her very classy Julien Macdonald number. That deadly slit with a hint of skin – sheer elegance. And are we not fangirling that asymmetrical hem of her little black dress like crazy or what? 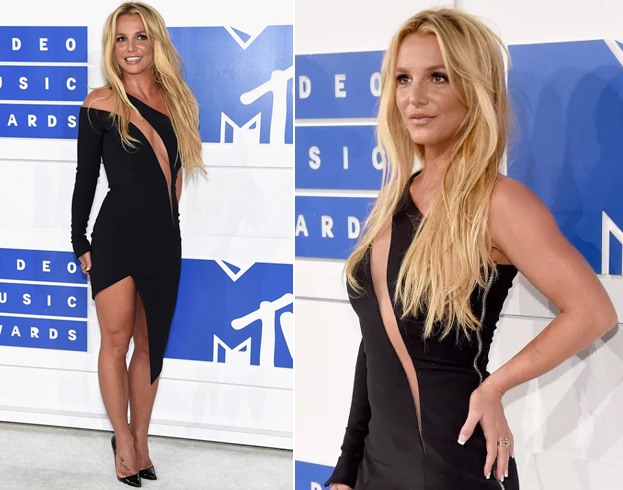 What is a Hollywood red carpet without the Kardashians. It’s interesting how she is neither an actor nor a singer and yet she dominates the show bizz entirely. She repeats her dominance in a Vinage Jon Galliano short dress. We love the wet beachy waves that complemented her just rolled-out-of-bed look. 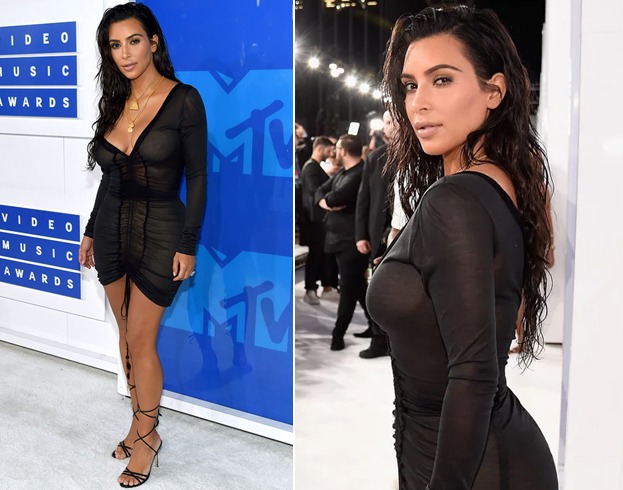 The British model was splendid in her custom made Brandon Maxwell short dress. The number was certainly a risqué choice just waiting for the slightest mistake to turn into a wardrobe malfunction, but the 46 years old model knows the tricks of the trade and certainly want give in to a mistake unless on purpose – would she? In case you all have grown impatient, we apologize, we saved the best one for you on purpose. We figured you won’t be in a position to read or see anything else – yes that is the charisma of Queen Bey. The ‘Lemonade’ artist walked down the ‘ceremonial’ carpet in a silver floor length Couture from Francesco Scognamiglio Fall 2016 collection that makes her look like an absolute angel. But her best accessory was little Blue Ivy – the only princess on the carpet that could give mamma some serious run for her money.

Repeating its record of excellent rendition by the best artists in the industry, the VMAs this year was second to none. All in all a good show, yet part of my heart missed Selena Gomez and Taylor Swift. What could be the reason – Kanye and his stage time I imagine.

Neha Dhupia Has Stumped Us With Her Moh Maaya Money Closet

54 Natural Ways To Get Rid Of Gray Hair (Oils, Ayurveda...

Secretive Yet Epic Tips For Hair Growth Every PYT Should Know