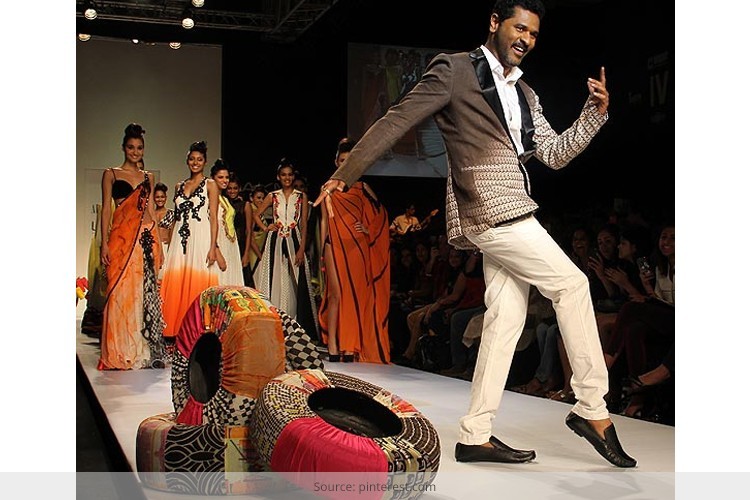 Lakme Fashion Week always includes star-studded nights. Everyone expected to see an array of stars on the runway, but little could they win the guessing game of which star is walking for which designer. The one who could manage to glitter the runway with 30 different stars from both big screen and small screen was none other than Vikram Phadnis.

This designer was the last to present his show. By now A-listing actors and actresses had already walked the ramp for their favorite designers like Kareena Kapoor walking the ramp for Manish Malhotra and Ash for Abu-Sandeep. So, everyone was curiously waiting to see what Vikram’s show had to offer.

Fashionlady correspondents could overhear conversations about how big stars have walked for other fashion designers, so who all were left to do the ramp walk for Vikram Phadnis. These chit-chats were however interesting and straightforward. Even some guys were heard gossiping how the entire glamor world was being stolen by Manish and how this finale was gonna be irrelevant.

This is of course bad. India is undoubtedly a Bollywood smitten nation, where people try relating everything with Bollywood or try to find out filmi element in everything they come across. It’s a purely fashion show and we should focus on the designer’s collections rather than trying to find out whose show stopper is who…

Anyways we can’t help it! Speculations were galore, as Malaika Arora Khan was a common name everyone was betting on for being Vikram’s show stopper and this curiosity was only leading to growing  apprehensions.

Well, as for Fashionlady team, we were just waiting for the show to commence so that we could enjoy some more vibrant colors, unique designs and interesting theme, especially me as my heels were killing me.

We already had the news of Vikram’s show will be collaborating with Ronnie Screwala’s Swades foundation. As the show started, we could easily make-out the theme of Vikram’s Show was nonetheless based on Swades concept involving rural India.

The lifestyle of the people of villages of Raigad and Ratnagiri, where the Swades foundation is working on, was showcased in this show. The first one to walk the ramp was none other than Ronne Screwala along-with his wife and a bunch of social workers from these villages.

This concept was then followed by every other celebrity who were seen escorting one person from these villages on the runway. And of course it everyone including the villagers were beautifully decked up in Vikram’s exclusive ensembles. Vikram made use of every rich color and design, which could boast about Indian culture and tradition in detail.

The color palette exhibited in this show was perhaps inspired by shades of the Sun – Reds, Maroons, Mustards, orange mixed with beige, cram and antique Gold.

The best part of this show was how celebs were holding hands of these people to make them feel comfortable before the thousands of lenses and eyes glaring towards them. This was indeed generous and heart rendering. Another highlight of the show was Rohit Bal, who broke into an impromptu jig which sent everyone present there into laughter.

Hope you all enjoyed. Stay tuned for some more interesting posts!

Top 10 Benefits of Banana for Face

Fashionlady - July 26, 2016 0
Without much ado, let us take a look at B-town beauties and the who’s who of the VVIP clan and celebrities wearing Abu Jani...