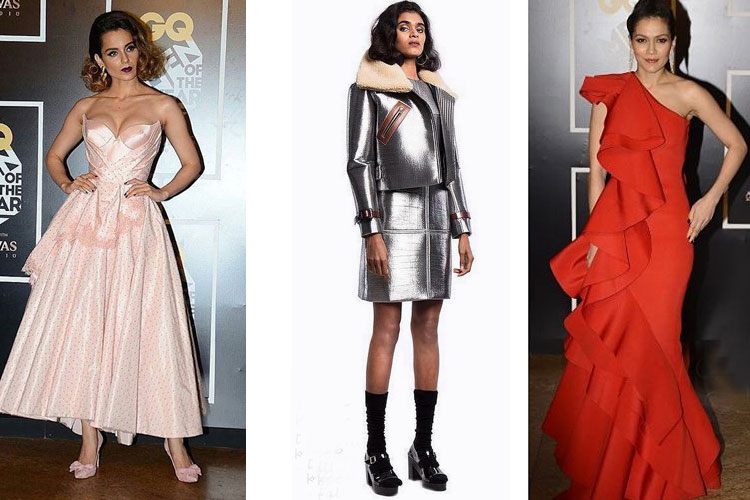 One of the high and esteemed awards, The GQ Men Of The Year Awards 2016 took place and we slid into our flashy outfits to be a part of the glitzy night.

The awards though read out Men, we were certain that most of the leading ladies of Bollywood would be spotted having a fun time at the event. Recognizing and rewarding the celebrities not just on their box office success, but also based on the recognition from the industry, the awards night snowballed.

But we had eyes only for our stunning beauties who sashayed the red carpet. Capturing the best of their looks, we enjoyed the evening thoroughly. Take a look here at who wore what.

Like a Barbie doll, Kangana went to pick up the ‘Woman Of The Year’ award in a flowery pink Ulyana Sergeenko strapless number. Beautifully paired are the bow patterned heels from the House of Dune. We know very well that Ami Patel, the stylist hates to add too much bling on her clients, but she never shuns it totally. Check out Kangana’s earrings. The Edouard Rambaud heart earrings by Viange keep the look rocking. Anil C, the makeup artist gave her right-on makeup with smoky eyes and deep plum lips. Flattening her colored curls on the front and letting them roll down, she rounded her look. Standing on par with the fashionistas was Kiran Rao, the producer and screenwriter. She played metallic, by wearing a Dhruv Kapoor. Nidhi Jacob, the stylist played together the colors pretty well. Kiran was spotted holding a golden DVF clutch, and adorning Dior black toned jewelry with Charles Keith ankle strap black heels. 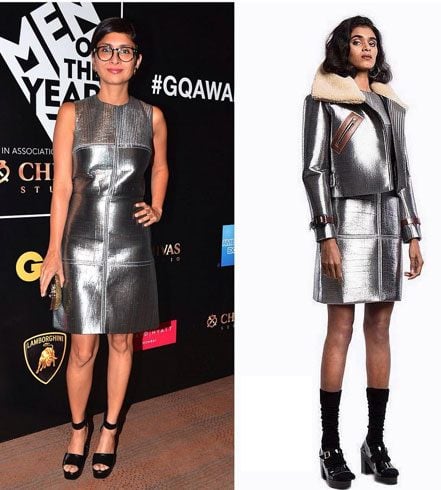 The unconventional actress went formal yet chic, for the awards night. She went pant suit style in Swapnil Shinde. She paired it well with a crisp white Zara shirt. Nude sandals, side-parted pony and natural touch-up completed her look. It is Gaurav Gupta’s one-shouldered gown that Waluscha picked for the GQ Men of The Year Awards. And if it is Gaurav Gupta’s creation, it bound to have the dramatic ruffles, isn’t it? The diva carried the overloaded outfit gracefully. With sparkling chandelier earrings and braided bun hairdo by Talib Hussain, she rounded her glowing look. 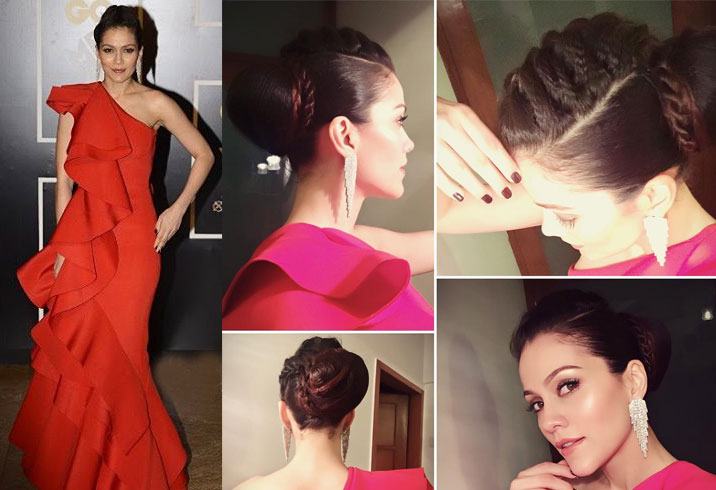 Flaunting her slenderness was Diana Penty in a Cushnie Et Ochs. The berry color slit dress with the ruffled shoulder cut-out was perfectly tailored and looked cute on Diana. With mid-parted straight hair, Dior heels and ring, she rounded a cherry berry style. Sarah did a totally Lisa Haydon at the GQ Awards. In a thigh-high slit and cleavage bearing outfit by Deme by Gabriella, she looked sensuousness overloaded. With wet curls, she looked as a goddess who stepped out of the waters clad in gold. Very well crafted style, don’t you think? Huma took us for a spin in the shimmery tube dress by Nicholas Jebran. We haven’t seen her don such a bold avatar off late and it is quite a sexy surprise, don’t you think? She brought a subtle tone of gold into her style with Louboutin black and gold clutch, Aquamarine rings and Minerali earrings. With mid-parted sleek hairdo, she looked captivating. 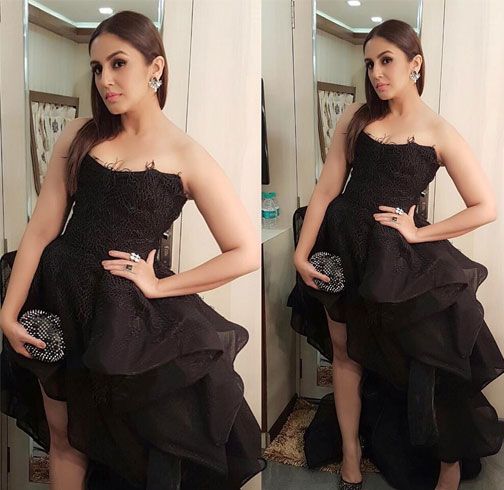 Trendsetting Latest Salwar Designs In 2021 For Your Party And Work...

What Happens If You Use Expired Makeup Products

Knowing More Of Melania Trump Is Going To Be Interesting