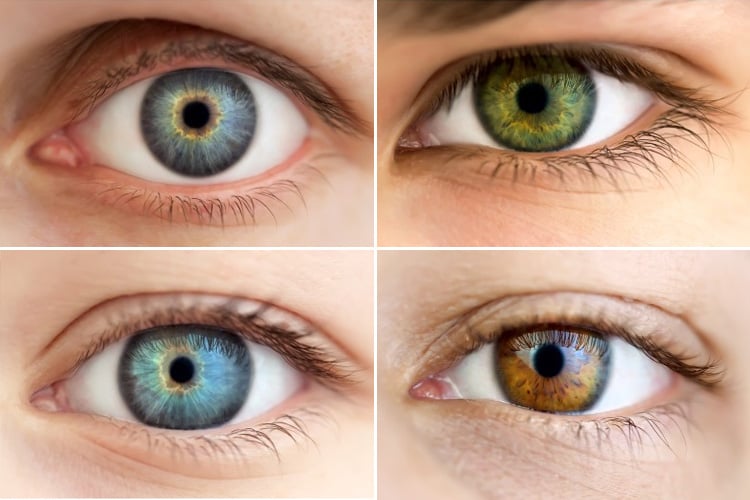 Have you wondered about different colored eyes, and how do people inherit them? As you might have noticed, there are different people with different eye colors. These eye colors can vary from gray, hazel, blue, green, and brown.

But do you know that the eye color is actually the iris color? There is a pigment known as melanin present in your iris which produces your eye color. For example, blue eyes are produced due to a lack of melanin while brown eyes are produced by higher concentrations of melanin. The resultant eye color can be of any shade which is further determined by genetics.

Here is a brief illustration of the human eye color chart. 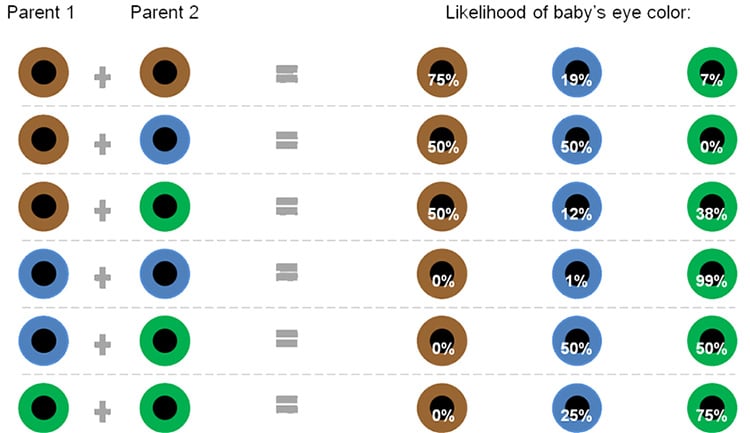 Commonly, two parents with green can end up with a green-eyed baby, but not always. Similarly, two-hazel-eyed parents are likely to have a child with hazel eyes, but not all the time. If one parent has hazel eyes, and the other parent has green eyes, the child has a chance of inheriting either green or hazel eyes. 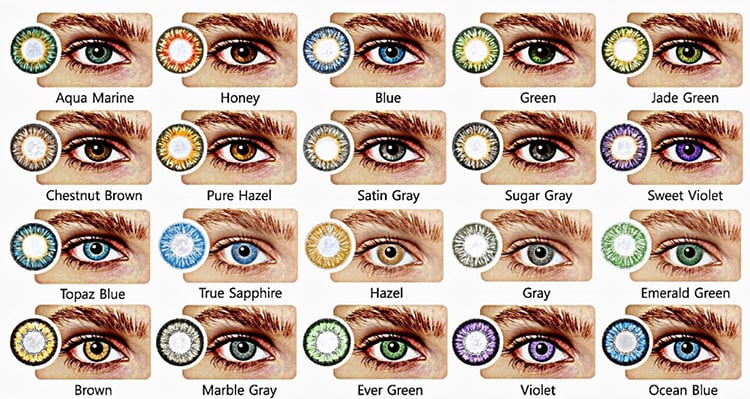 Which genes can a newborn baby inherit?

Eye color is a physical characteristic determined through the genes of both parents. As a result, the baby inherits 50% of eye color genetics material from each parent. The genes transfer to alternative forms known as alleles. Each of these alleles differs from the other. There are three pairs of alleles that play in the development of eye color like brown, green, and blue. 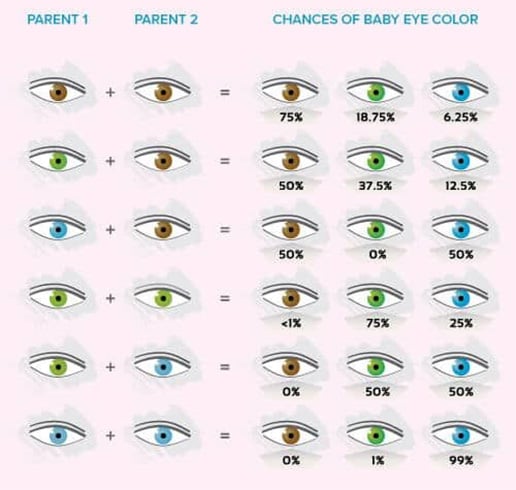 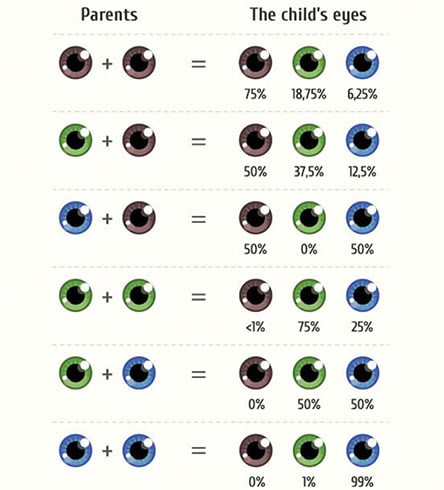 Brown and green are two of the most common eye colors. There are 75-95% chances of newborns inheriting brown or green eyes when both parents have the same colored eyes.

Blue is classified as recessive and dominant eye color. Therefore a newborn baby is more likely to inherit blue eyes if both parents have brown eyes. 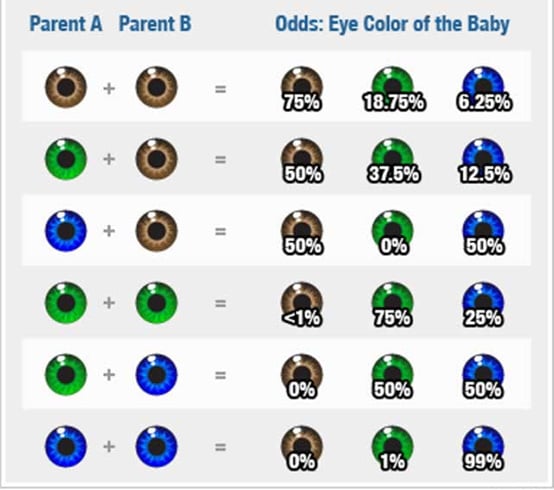 Genotype is a gene combination of both parents. In this case, both parents’ genotype can determine the eye color of the newborn.

Phenotype refers to the physical appearance of the eye color of both parents.

Carleton coon has created an eye color chart through the help of the original Martin scale. Take a look at the numbering from the eye color genetics chart below:

There is not one way to determine which eye color is the rarest, but there are few rare ones. Here are few of the rarest eye colors: Black eyes are one of the rarest eye colors. Although some eye colors appear black, there are other eye colors that are dark brown, which is caused by the over availability of melanin. It can be determined by checking the eyes with a bright light.

There are two major conditions that cause red or pink eye color. These two conditions are caused by blood leaking into the iris and also due to albinism. Although blue eyes are usually formed due to lack of pigment, other forms of albinism also cause eyes to appear red or pink.

Amber eye is a solid color and comprises a strong yellowish and coppery tint. This eye color is formed due to a lack of melanin and the deposition of a yellow pigment known as lipochrome in the iris.

The appearance of green shades is the result of little melanin and also a phenomenon known as Rayleigh scattering. Only 2% of the world’s population has green eyes.

Violet eyes are usually present in people with albinism. One cannot have violet eyes without the lack of albinism. An absence of pigment with the red from light can result in violet eyes.

Hazel eyes are alike with brown eyes, but they are typically lighter in color. They are distinguished with a green-yellow tint. This eye color has a higher presence of melanin around the eye’s border resulting in a multi-colored tint of copper and green, depending on the lighting. Around 5-8% of the world’s population has hazel-colored eyes.

Silver eyes are quite rare and quite similar to blue-colored eyes. This eye color is a result of the low presence of melanin in the eye. This leads to a gray-silver appearance. Silver eyes are most common in Eastern European countries. It is one of the rare eye colors.

We hope this article on the eye color chart can help to determine the color of your eyes. Do let us know if this guide on eye color worked.

Laurel Wreath Tattoo: Why Should You Get One?

Neha Dhupia And Angad Bedi Have A Festive Baby Shower With...

How about Opting an Indo-Pak Fusion this Diwali

Fashionlady - October 9, 2021 0
Fashion is never entitled into any political or religious differences, neither it requires a visa to cross borders and even if it abides in...