Anuskha Sharma’s appearance on the popular TV show Koffee with Karan earned her the ridiculed moniker of ‘joker lips’. The Jab Tak Hai Jaan actress became a laughingstock soon after she appeared on the Karan Johar’s chat show. She fell prey to all the mockery on Twitter, as she appeared to go through some kind of cosmetic surgery done to her lips.

The poor girl was bombarded with an array of sarcastic comments on the social networking sites – whether her lip job went wrong or she was accidentally hit by the bat of her beau Virat Kohli.

Here are a few comments Anuskha was tweeted with –

They say couples start looking like each other after they’ve been together long. Take Anushka Sharma and Virat Kohli’s pouts for ­instance…— Jamal Shaikh

Before: Anushka Sharma 2 plastic surgeon, ‘Pls gv me the lips tht Heath Ledger had in ­Batman’ After: Surgeon to Anushka ‘Why so serious?’ (sic)— Sainath Saraban 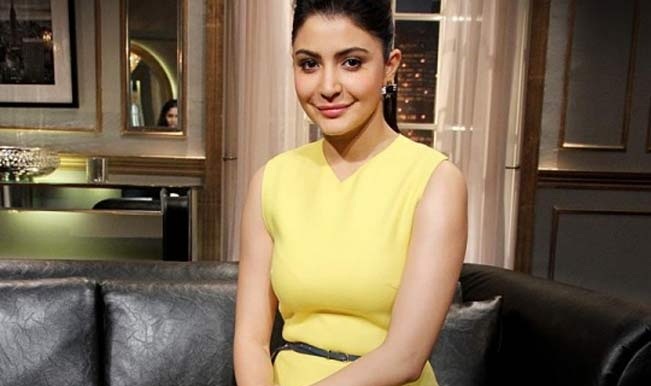 The actress finally decided to open up by reacting to all these claims of her being ‘botched up’. She therefore released a statement on her micro-blogging site denying going under the knife.

While other celebs usually overlook such comments, letting the rumor die with time, the Band Baaja Baaraat actress instead published a lengthy letter clarifying the gossip.

She has definitely tried to clear the air by tweeting a long content piece. This is what we have gathered from her Twitter page. Do have a read!

For a short while now I have been using a temporary lip enhancing tool and that along with make up techniques ( I have learnt over the years) is the reason why there might be a change in the appearance of my lips. Having stated this fact let me very vehemently assure everyone that I have by no means gone ‘under the knife ‘ or done any kind of ‘plastic surgery’ or undergone any intrusive procedure . This was my decision and was done for the sake of my look in my upcoming film Bombay Velvet,a period drama where I play a jazz singer in the 1960’s – 70’s . And it was taken from the referencing of that time .

The drastic change in my appearance on KWK is due to lot of factors put together and not just my lips . Everyone goes through good and bad days. Did I think I looked good on the KWK episode ? NO . I do feel I could have done things differently .

To put the current conjectures and reportage straight once and for all from my end – I have said this before and am saying it again .. I do not believe in plastic surgery or any other means of unnatural permanent changes to the body . I do not support it or stand for it or recommend it .

Now if someday my legs appear different and sexy to you ! Please don’t say I’ve done ‘Something’ …

Oh ! And also … Some of the ‘joker’ jokes/memes doing the rounds though a bit mean did bring a smile to my lips 😉 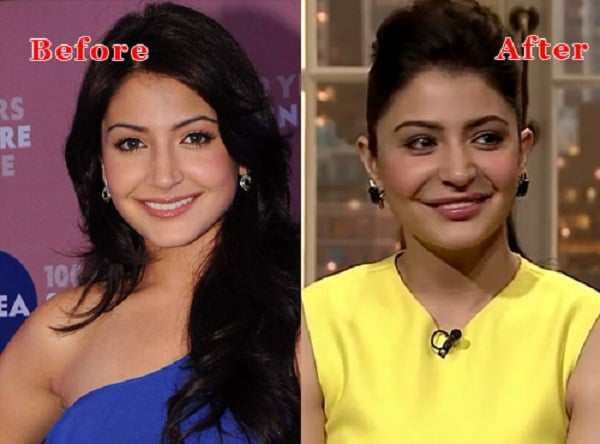 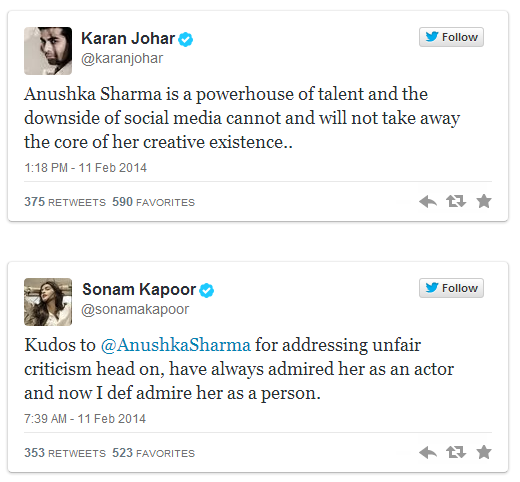 No matter how much the actress defends herself but looking at her lips, it’s hard to believe if she will ever recoup her natural beautiful lips. No matter how much the character needs, why use a temporary tool spoiling your natural beauty? There are numerous actors who have lost and gained weight to do justice to the character but such kind of approach is really pathetic. The awful truth is her overall look is now very disappointing. We just lost that cute and beautiful girl, whom we adored from Rab Ne Bana Di Jodi till her Jab Tak Hai Jaan days…

Makeup Tips For Oily Skin: Get It Right With Our Handy...