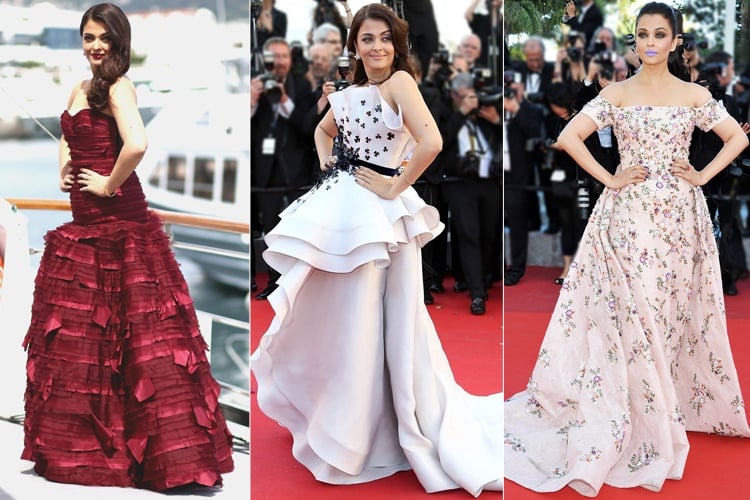 Who doesn’t know about our beauty queen and Bollywood diva Aishwarya Rai? She’s been tagged and crowned one of the most gorgeous and beautiful women in the world, and now as a doting mother, she still makes waves with her movies and her social appearances too. Talking about being the sweetheart of red carpets and social appearances, Aishwarya Rai has been the number one choice for many national and international designers, all waiting to have her endorse their haute wear.

Aishwarya Rai, whatever we say is less, because the way she aces and owns the gowns, makes fairytale stories come to life. Let’s take a look at some of them, shall we?

At the esteemed ‘Le Bon Gros Geant’ premiere at the 69th annual Cannes Film Festival, our diva looks gorgeous in a nude sheer gown embellished with sequins, stones and crystals. The long flowing drape and trail of the gown made a trailblazing statement for sure, and to top it all the gown with a fitted waistline enhanced the yummy mummy’s hourglass figure. Aishwarya thus once again proves that mothers after pregnancy can still look haute and hot, only if they make an effort to care for themselves whilst caring for the little one too. Minimalism it seems was the name of the game here, with matte toned lipstick and a chunky long neckpiece for company embellished in diamonds. 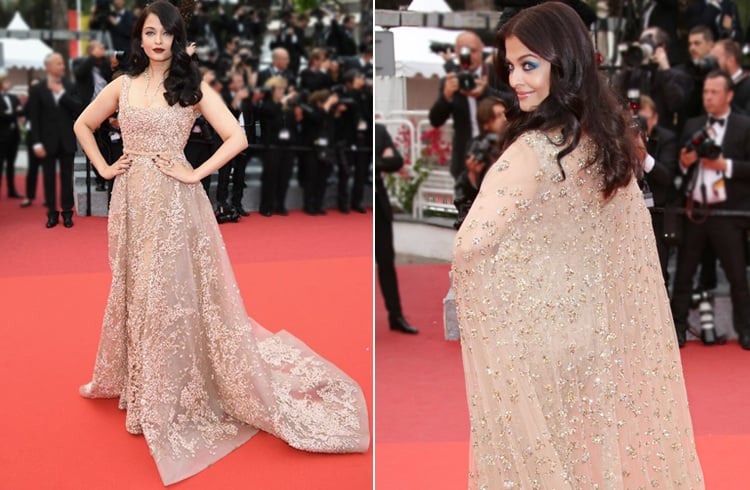 Talk about mesmerizing reds on a gown and worn by a diva such as Ash, and we would say there are no words to describe the deadly femme fatale beauty of the duo concept combined. As seen on Bollywood starlet and former Miss World, Aishwarya Rai Bachchan at the 69th Cannes Film Festival, hashtags on social media ran amok wit leading tabloids praising the gorgeous Indian beauty wearing a red ruffled gown. Creation of New York-based designer Naeem Khan, Ash once again stole hearts at the esteemed Cannes red carpet saga. Minimal makeup, red hot lips and a bounce of waves to the hair, and that’s how a diva is born we say! Promoting her comeback to the Indian film screens and that too at Cannes can be hectic, but our diva shows no signs of stress whatsoever wearing a ruby red creation by Oscar de la Renta. The photocall for the movie JAZBAA is where the diva wore Oscar de la Renta, at the esteemed 68th annual Cannes Film Festival. The dress showed off the hot mommy’s tiny waist, which is proof that the original body of a lady can come back to shape with a little effort and determination. Keeping her makeup simple and soft, Ash wore her lips in grunge matte tones with a wave of pin up vintage bouncy curls for company. 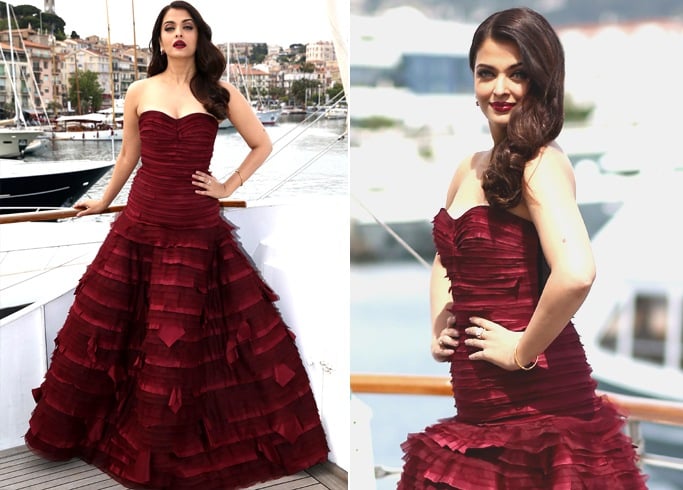 Wearing a gown designed by Armani Prive, one of the chicest aishwarya rai designer gowns so far we have seen and noticed, our Bollywood diva looks graciously stunning in the nude sequined avatar at the esteemed Day 3 of the Cannes 2014 film festival’s ‘Cinema against AIDS’ amfAR dinner. The LADY BUNNY RABIT hair do and the hot red lips with a silver tote bag in hand did the job of making Ash an epitome of beauty for the world to see, once again! Can we have enough of this look? No we cannot! 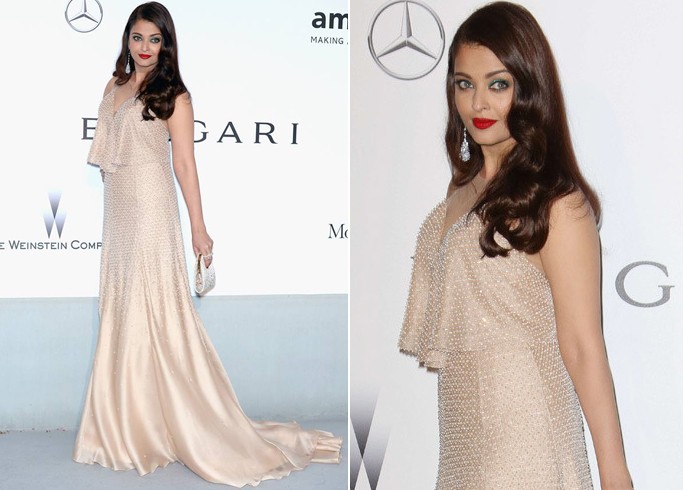 At the recent appearance in Cannes, there was a lot of talk about Rami Kadi’s creation in floral touches on a princess gown worn by Ash. What struck us more was the amalgamation of smokey sultry eyes with matte shades of purple on Ash’s lips. Proof enough to tell us that the yummy mummy and Bollywood diva is open to experimentation, which we surely are gaga over. 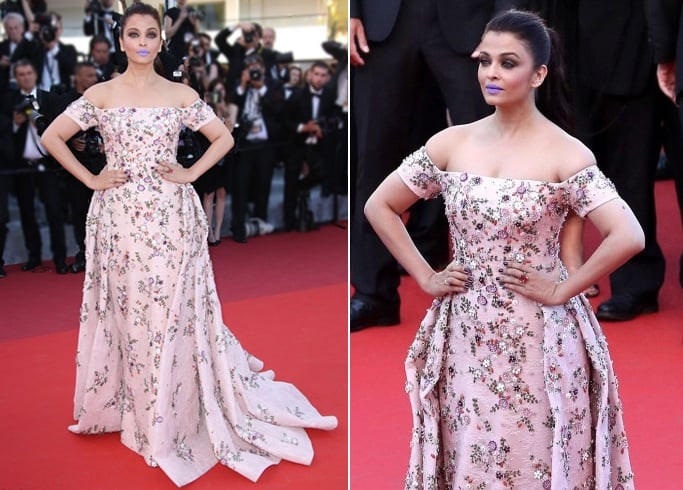 Mesmerizing beauty for sure, the various genres of Aishwarya’s gown looks shows us how much of fun one can have wearing a vintage touch for formal parties, and a gown does bring in the chic touch too!

How to Get Rid of Neck Fat to Improve the Way...

Beauty Benefits Of Honey: How To Use Honey For Hair and...

Fashionlady - October 5, 2016 0
Mirzya, a representation of the cult classic love story of Mirza Sahiban, is due to release this Friday. With Rakeyesh Om Prakash Mehra at...