Birth is the epicenter of a woman’s power and motherhood is where all the love begins and ends.

Every year many celebrity couples are blessed with the eternal joy of parenthood.

This year too a host of Hollywood and Bollywood celebrities embarked on the beautiful journey of motherhood.

Here’s celebrating the birth of star kids and the re-birth of their super mom’s.

Gossip Girl’s Blake Lively, who swayed us earlier this year, with her maternity wardrobe became a mother for the second time to a baby boy on the 30th of September, with husband and actor Ryan Reynolds. With those genes, we can only expect the tiny pod to become a handsome grown up. The American actress and model, Megan Fox went into labor for the third time to give birth to their baby boy, Journey River Green. Megan along with husband Brian Austin Green are already parents to two boys, Noah and Bodhi. Eva Mendes and Ryan Gosling welcomed their second daughter, Amada Lee Gosling in their lives on the 29th of April this year. 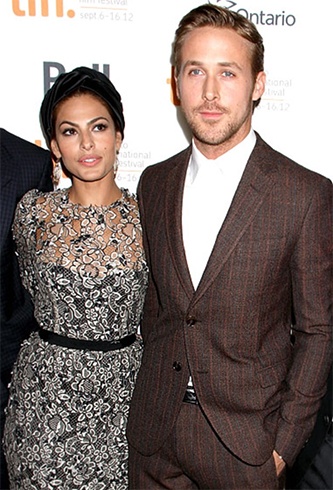 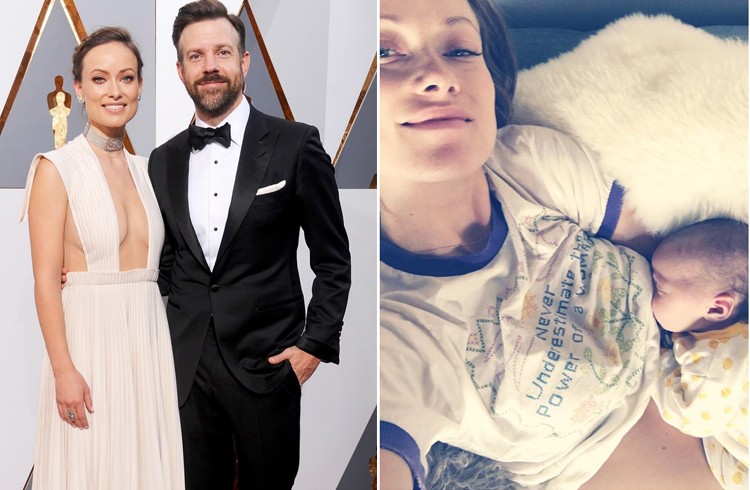 Bollywood superstar Shahid Kapoor and Mira Rajput became proud parents of a gorgeous baby girl on 26th August this year. The actor was all excited at the arrival of her princess and took to twitter to share his joy saying, “She has arrived and words fall short to express our happiness. Thank you for all your wishes.” The couple has named their daughter Misha, taking initials from their names. Earlier this year, social media was flooded with Arpita Khan’s cute baby shower pictures. Soon after, Arpita along with husband Aayush took their first step into the world of parenting with the birth of their little prince on the 30th of March. 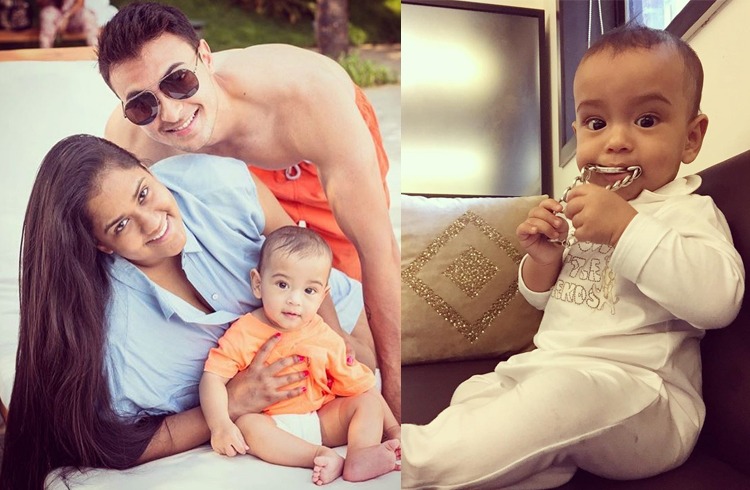 The cutest couple from Bollywood, Genelia and Ritesh Deshmukh became parents for the second time this year on the 1st of June,2016, with Genelia giving birth to a baby boy. The proud father shared his excitement with his fans over twitter with the sweetest message that had his two-year-old son Riaan quoting “Hey guys, my Aai & Baba just gifted me a little brother. Now all my toys are his…- Love Riaan.” The coupled named their second boy Rahyl.

Small screen celebrity couple Kanchi Kaul and Shabbir Ahluwalia welcomed their second son this year. On his arrival, daddy Shabbir’s twitter account read a beautiful message “Proud big brother Azai would like to introduce his new partner in crime that will forever share the blame. Boy it is, thank you, god.” This mom-to-be stunned us earlier this year with her bold and beautiful maternity photo shoot. The TV actress along with husband Hermit Sethi took their first step towards parenthood in August this year when Shveta gave birth to a beautiful baby girl. Carol welcomed a cute little prince charming this year. We heart the way the model took an unconventional route to break the news of her pregnancy earlier this year at the LFW, flaunting that baby bump as she walked the ramp for Gaurang Shah.

The lady announced the arrival of her baby, with a cute message that read, “ My own little koala bear arrived two weeks ago!!! #newbeginnings #mydaddystrongest #thatsmyboy#inlovealloveragain “ 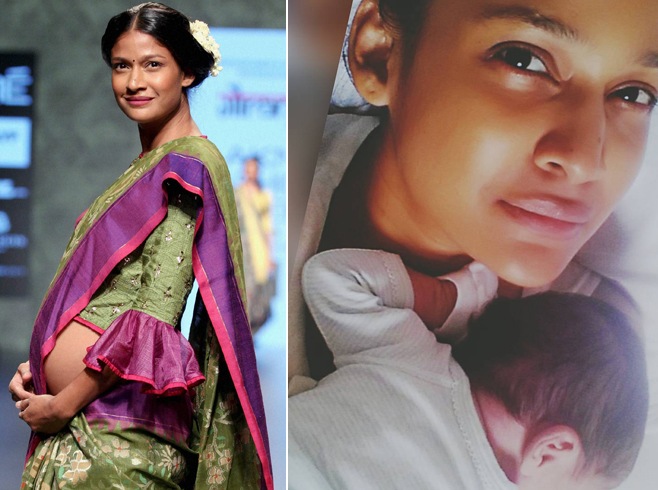 Geeta who is married to the Punjabi munda of the Indian cricket team, Harbhajan Singh, became first time mom and dad, courtesy the birth of their first child. The couple was blessed with a baby girl in London on the 27th of July. 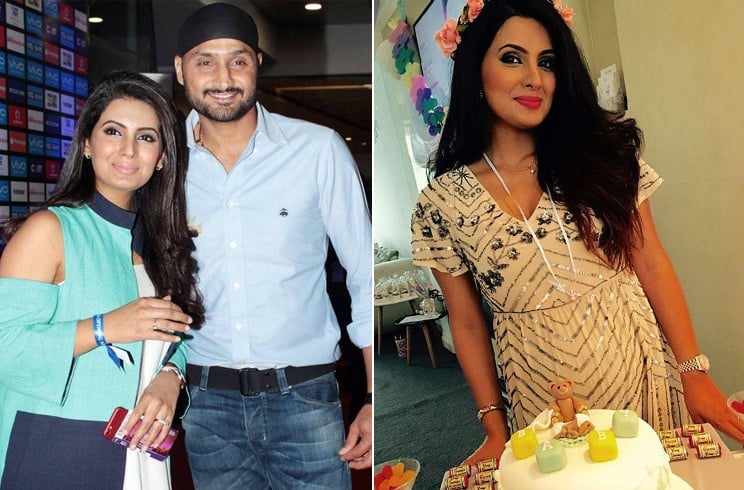 The TV actress became second time mother this year when she gave birth to a baby boy on the 27th of November. Parents to a beautiful daughter, Shweta and Abhinav Kohli were thrilled at the birth of their second child. The couple named their charming prince Reyansh. 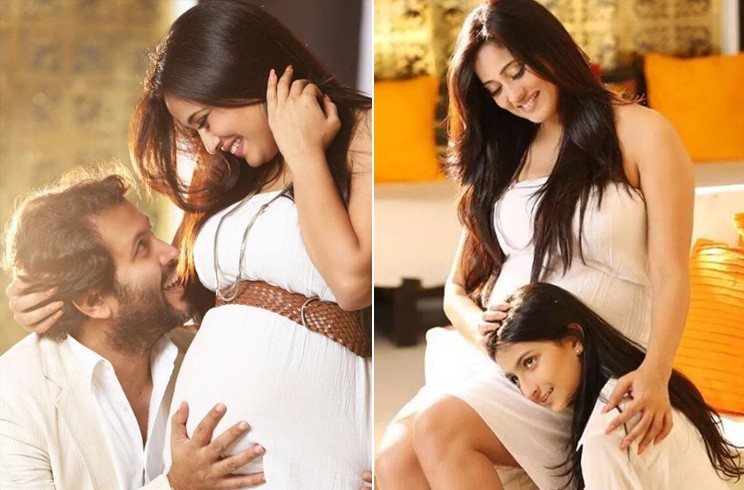 Tv actress, Chahat Khanna set her first foot into the world of parenthood after delivering a cute baby girl in September this year, with husband Farhan Mirza. The proud mummy and papa named their little bundle of joy, Zohar, which means the “the light of god”. 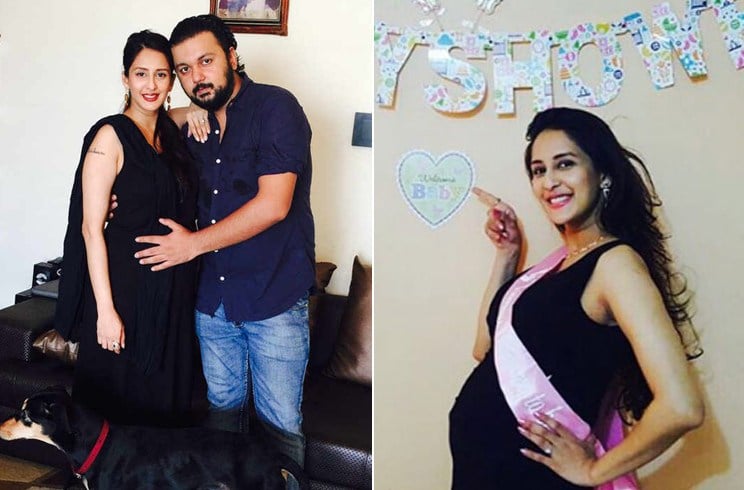 Kareena Kapoor Khan was indeed the hottest Mom-to-Be of the year 2016. First time mother, Kareena with her husband Saif Ali Khan became proud parents of the next Nawab of the Pataudi khandaan. Leaving behind all the top speculated names, the little prince has been named Taimur Ali Khan Pataudi. This was all about the yummy mummies of 2016. May the force be with them, as they raise the next generation of superstars.

This New Shade Of Blue Is Bollywood’s Latest Binge

Wondering How To Distress Jeans? This Is How We Do It!

Celebrity Braids Hairstyles That Make Us Want To Have A Personal...

Movie Promotions: Jacqueline Fernandez Goes All Out to Promote Roy

Fashionlady - February 16, 2015 0
Jacqueline Fernandez is known for always trying something new. Follow her on Instagram and you will know just how full of life she is....