Beyond a shadow of a doubt, 2016 was Priyanka Chopra’s year. From being an Indian Superstar to a Global Star, 2016 was one milestone of a year in PC’s career trajectory.

We are all respect and praises for this superwoman who has single handedly earned the country utmost pride and respect with her marvellous work.

This is not the first for PC. Priyanka kick started her career with getting India into the spotlight when she was crowned the Miss World title. 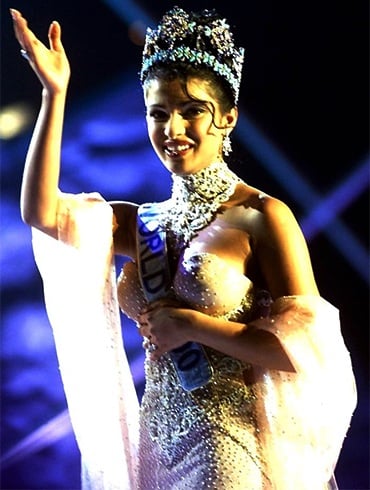 Since then we have only seen this woman evolve. Her uphill journey has been quite fascinating with Priyanka exploring all the possible facets that were in sync with her talent pool. Every time she stepped out of her comfort zone, she took us by surprise. Pleasant of course.

After taking the Indian cinema to greater heights with her fabulous performances, Priyanka went on to pursue her passion for music. Courtesy her hard work and dedication, the lady traversed her journey from being a superstar to a rockstar, almost overnight. 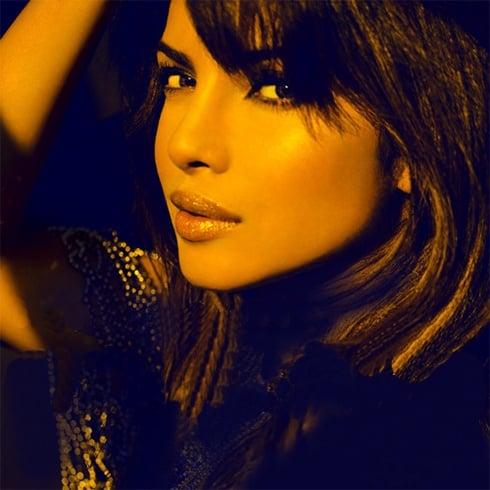 After ruling the international top chartbusters with her album In My City, Priyanka further strengthened her hold offshore playing agent Alex Parrish in the International TV series, Quantico. The lady hit all the records with this one and was treated with much love, fame, and applauds by her fans both in India and abroad. This year Quantico Season 2 aired on television, with Priyanka becoming the face of the show. 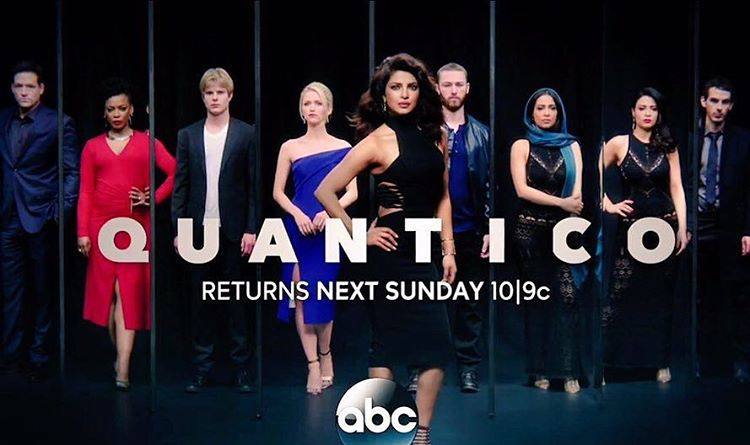 With the last quarter of this year, the actor, and singer turned producer, with the second release under her banner Purple Pebble Pictures, Sarvann, making quite a noise among the desi fans abroad. Winning the hearts of a million fans across borders, Hollywood welcomed the Desi girl, to play an integral role in the movie based on one of America’s most popular TV series, Baywatch sharing screen space with none other than “The Rock”, Dwayne Johnson. The expanse of PC’s popularity can be gauged with the series of rewards, recognition, and appreciation Priyanka was bestowed with, at esteemed global platforms, in 2016. Two major ones being the Padma Shri title and the UNICEF ambassador title. 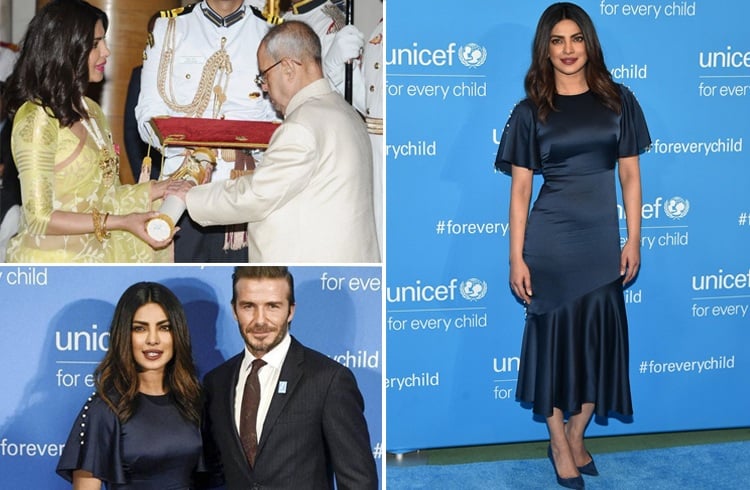 One of the top dressed at Emmy’s this year, Priyanka became part of the 68th Emmy Awards as a presenter. In a fiery red number from Jason Wu, Priyanka wooed fashion followers across the globe with almost all the big international magazine cheering for her red carpet style. Styling credits, Christina Ehrlich Priyanka wowed us with her pastel style file, for her exclusive feature with the New York Post. 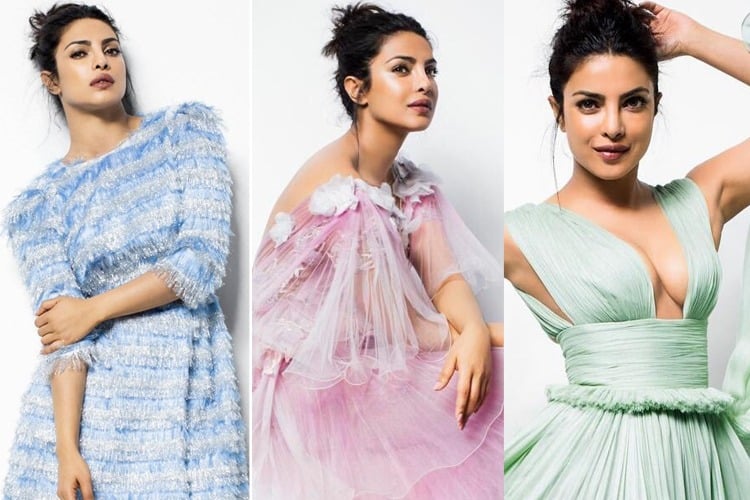 At The Oscars this year, Priyanka set the red carpet ablaze in a gorgeous white off shoulder number from Zuhair Murad. After wooing her fans at the red carpet the lady exuded some shine in a shimmery Jenny Packham silver gown at the Vanity Fair Oscar party. 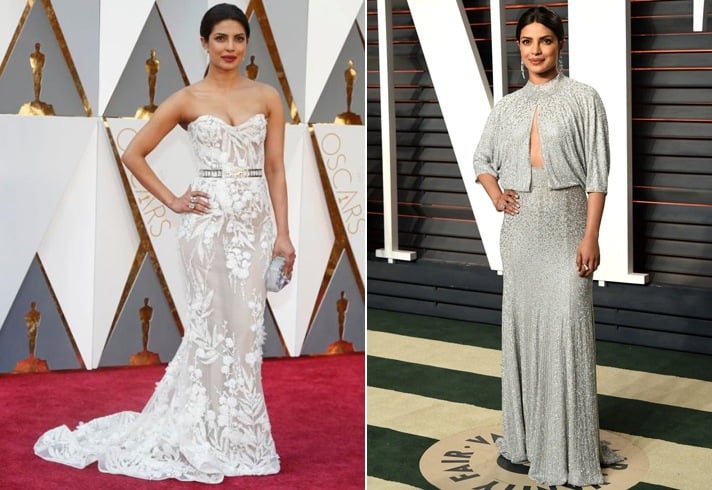 Priyanka beating blues in an Atelier Versace backless blue number at the Billboard Music Awards. The wrapped dress hugging her beautiful framework with that killer high slit and that shade of blue, rendering absolute gorgeousness to PC. For her dinner date with the Obamas, at the White House Correspondent Dinner, Priyanka worked some black magic dressed up in a fringed and sheer number from couturier Zuhair Murad. At the People’s Choice Awards early this year, Priyanka amped up her glitterati in a sequinned gold and silver midi dress from Vera Wang Spring 2016 collection. Priyanka at her metallic best. Adding some extra shine was her pair from Jimmy Choo. Priyanka for her appearance at the famous talk show “Live with Kelly”, glammed up her nautical style in Michael Kors separates. Love that bling on PC. 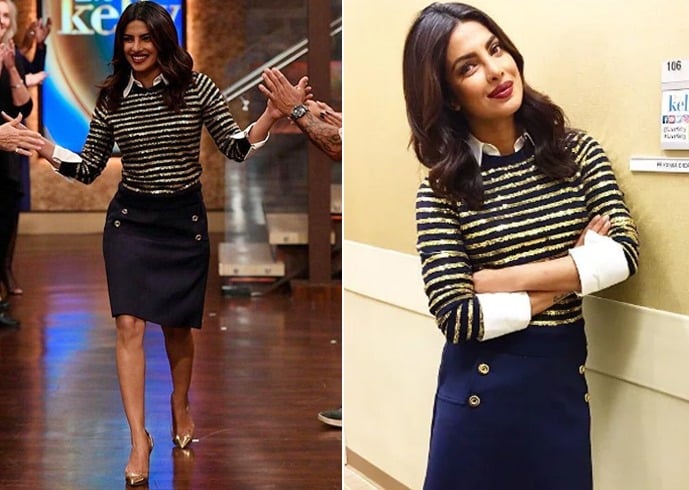 PC on the Jimmy Fallon show sizzled in an LBD from Elizabeth and James. Heart that fun vibe Priyanka exuded on the show. Priyanka gave a chic appearance donning a sweater dress from Costume National while promoting Quantico at the Empire State building. The boots and plum lips adding more stars to this appearance. For receiving her Breakthrough Style Star honour at the Instyle awards, Priyanka dressed up hot in Haider Ackmermann one shoulder top and zipper skirt. For her appearance at the Disney TCA tour, Priyanka worked a Versace dress with a braided hair updo. 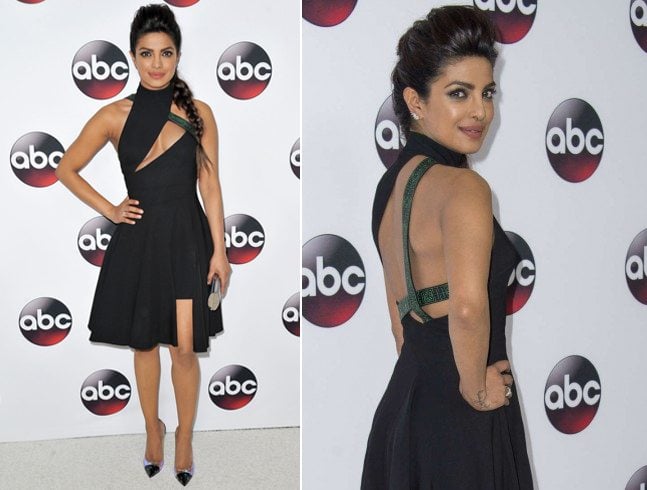 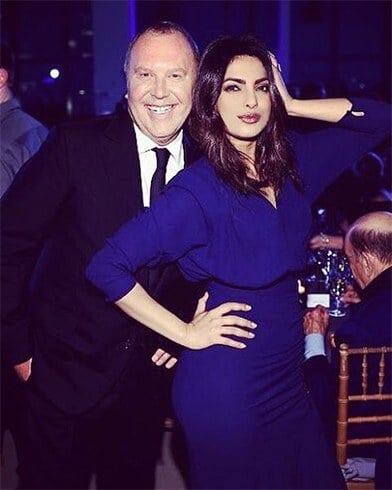 For a Vogue cross-over cover with Prabal Gurung in Gurung’s A/W 16-17 collection. While trotting the streets of London 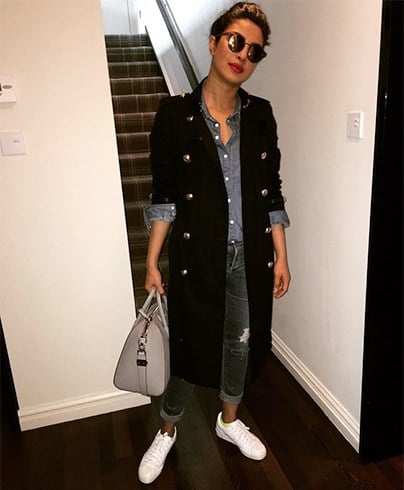 Getting that tan in NYC 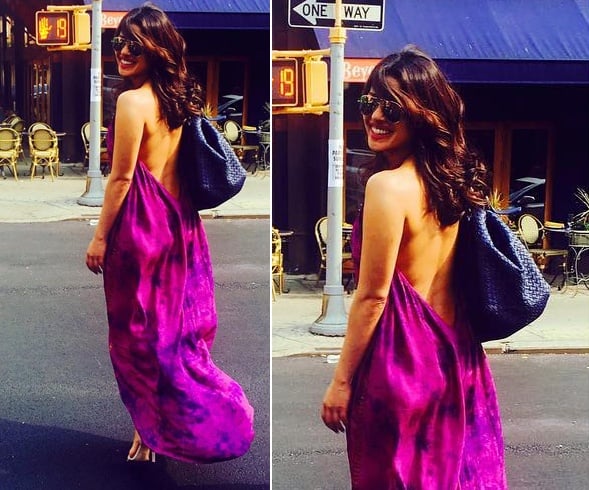 Priyanka Chopra, if you are reading this, we just want to say, we are so proud of you. You are the ultimate #GirlBoss and a Global Superstar.

Here’s How to Keep Your Clothes Looking New Always

Gifts For New Moms: Make This Mother’s Day Special For Them

Fashionlady - July 21, 2016 0
The stage was set, the designers were ready, the models were ready to fire up the ramp and we were all geared up to...