Indian Fashion Blog
Home Health Did You Know That You Can Practice Yoga For Weight Gain? 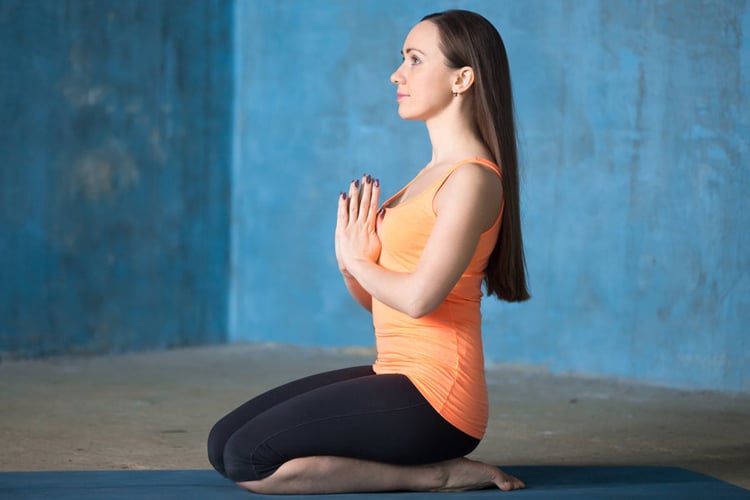 Do you remember being envious of that person who was eating with a scant care of the world and being the best potato couch ever, yet remaining utterly slim and actually weighing underweight? We all have encountered at least one such person like that and wished same for ourselves. However, what we do not realize is that being underweight is as harmful as being overweight. Their inability to gain weight signifies of serious health issues like poor metabolism and appetite, osteoporosis, hormonal imbalance, poor immunity and plenty of other causes. The solution lies in yoga which is as much effective for weight gain as much as it is effective for weight loss. This is because it actually gets the basic systems in the body in top notch shape. Let’s check out some top poses of yoga for weight gain.

Apart from strengthening the back and the abdominal muscles, this yoga also works on the digestive systems and removes all its blockages. This helps to regulate metabolism and increase your appetite. Its stretch helps to open up the heart and increase blood circulation as well as improve breathing. As a consequence, the blood circulation with increased oxygen happens which leads to better nutrient absorption. Thus, it is considered one of the best yoga poses for weight gain.

To perform it, lie on your abdomen with legs and heels touching and palms beneath your shoulder. Next, inhaling, lift your head to look at the ceiling and after holding the position for a minute or two, exhale and come back to initial position. Repeat about 4-5 times.

This is best done after a meal and is considered one of the best poses of yoga for weight gain. This pose again targets the digestive system and regularizes the metabolism. Consequently, nutrients are both digested as well as absorbed better. It also relaxes and de-stresses your mind and thus helps all body functions to perform normally.

To get into this yoga pose, sit flat on the floor with knees touching the ground, your thighs on your calf muscles, back straight and palms resting on the knees. Inhale and exhale deeply for about three minutes in this position and then take half a minute relaxation period. Complete about 5 to 7 sets.

This yoga pose helps to relieve excess gas from the body, remedy all digestive problems and enhances the bowel movements for better elimination of toxins from the body. This leads to enhanced hunger pangs and better digestion. You now know how to gain weight by yoga.

To perform it, once you are in the supine position on the yoga mat, first fold one knee and bring it to your chest and hold it with your hands. Now lift your upper back till your nose touches your knee. Hold it for a minute and come back to the original position. Repeat with the other leg and then do it with big legs together.

This yogic asana targets many systems simultaneously and stretches all joints of the body. It even targets the thyroid glands which controls the metabolism in the body. Strengthening all systems like the cardiovascular, reproductive, circulatory etc, it leads to an overall improved nutrient absorption and enhanced appetite. Over a period of regular practice, it turns out to be an effective yoga to increase weight.

To do this, lie in a supine position on the yoga mat and cross your legs similar to the padmasana. Now gently and slowly curve your upper back and neck such that your head is resting on your crown. Hold it for a few seconds and then release. Repeat about 4 to 5 times.

Being an inversion pose, this asana dramatically improves the circulation of blood and oxygen and make them available even to inaccessible areas which normally have poor blood and oxygen supply. Consequently, the energy blocks get cleared, more nutrients is supplied to all body parts and the entire body becomes stronger. This yoga pose is an exceptional cure for hyperthyroidism which causes extremely high metabolism and thus a persistent skinny figure. By regulating the functioning of the thyroid gland and the regulation of the body’s natural fluids, it becomes an excellent yoga for weight gain.

A little difficult to perform, it should be done carefully, first breathe deeply once you are lying prostrate. Now inhaling, lift your legs so that they are perpendicular to the ground. Raise the waist while you are exhaling and support it with your hands. Exhale while coming back to the original position. Repeat three to four times with rest in between.

While there is no instant remedy or any magic pill, regular practice of these yoga poses supported with a well-balanced healthy diet will yield a healthy and right body weight.

Kapoor Sisters And Hillary Clinton Catch Up In Style At The...

Fashionlady - July 20, 2017 0
One of nature’s healthiest offerings to us humans, Chia seeds is a powerhouse of all things good for our body, hair, and skin. You...