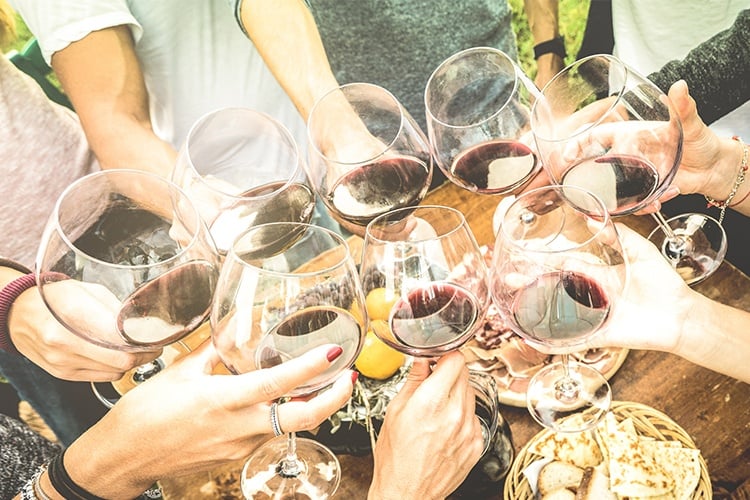 Sometimes when you’re drinking you end up binge eating. Suddenly you have all these crazy cravings, which coupled with your lowered inhibitions, could lead to a junk-food hogging session. While it is generally a good idea to eat while you drink, as food helps your body to process the alcohol a little bit slower but certain foods are actually more trouble than help. So know which foods to avoid when you’re drunk. Be warned though, most of the foods you crave are probably going to be on the list, so brace yourselves and read on to know more.

Who doesn’t like to stuff their face with crispy chips and fries while they’re drinking? But guess what? Both fries and chips are highly salty and so will probably make you feel thirsty. Now this is not a problem if you’re going to drink water to quench your thirst, but it’s more likely that you just gulp down your drink instead. So fries and chips are big no-no when you’re drinking. As they’re also very oily, they will eventually make you feel nauseous. And the next morning is not going to be any better. You’ll end up having cramps because you’re dehydrated from all the salt and alcohol you consumed the night before. Not to mention, you’ll also feel blotted as salty fatty foods tend to do that to your body. So avoid these like the plague. 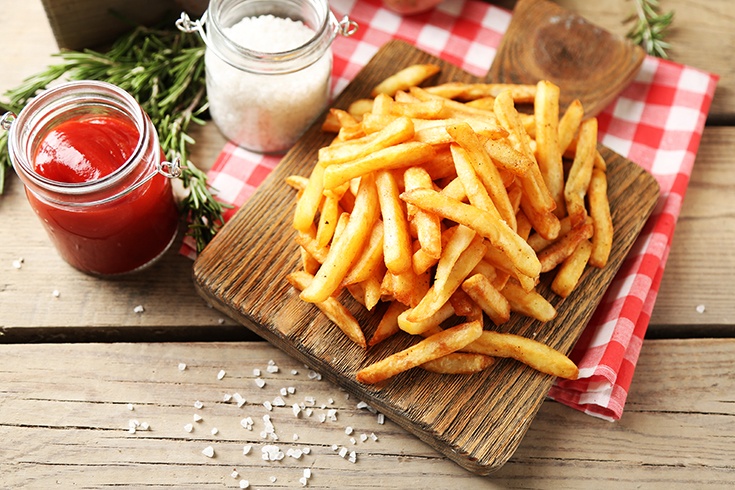 I can almost hear all the groans and protests, but sadly, pizzas must also be avoided. Although they might seem like the best option, pizzas contain dollops of tomato sauce that will provoke heartburn and acid reflux. While they may taste heavenly when you eat them, you’ll later spend the night tossing around in bed because of acidity. But if you have a craving for pizza that just won’t go away, then how about having a white pizza? They have no tomato sauce, are made with fresh mozzarella, olives, and other toppings that are relatively safe to consume when drunk. Super spicy chicken wings, while yummy to eat, will later lead to multiple trips to the restroom. They tend to upset your stomach even when you’re sober, so you can imagine the havoc they will wreak in your system when you’re drunk. So avoid not just spicy chicken wings but any type of spicy food, even spicy sauces and dips. Trust me, your stomach will thank you for it. 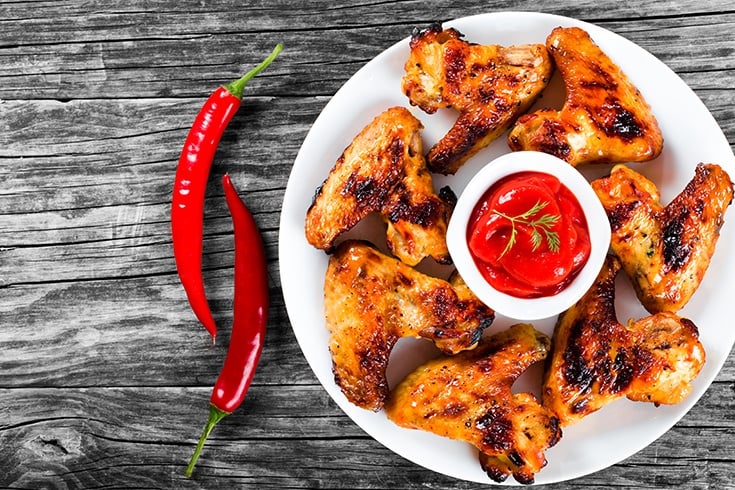 A chocolate or a piece of cake when you’re drunk is fine, but the problem is that you won’t be able to stop with just one. As soon as you have one, your body will start craving more sugar and you’ll end up stuffing down one after the other. The empty calories are not going to do you any favours. They will just make you throw up more the day after. Remember, when your inhibitions are lowered, everything seems like a good idea. But excess intake of sweets and pastries is never a good thing. So as difficult as it might seem, try to restrict yourself to one or two pieces at the most. It looks like I’ve just listed all the yummy food as foods to avoid when you’re drunk, doesn’t it? Well, the truth is, when you’re drunk, your body becomes more susceptible and so you need to take care not to abuse it or push its limits. Isn’t it better to refrain from these foods than to end up puking all through the night and having a terrible hangover the next day? There is nothing worse than having to go to work with a hangover, so if you want to avoid that, then keep away from these foods.

So what are the foods that you can have? You can have a banana. Now that’s a super food to have when you’re drunk. Since they are high in potassium, they can undo the dehydrating effects of alcohol and they can also effectively curb your hunger. You can also have a mini burger or a small sandwich; nothing too heavy, just enough to satiate your hunger. Ideally, you should make it a point to always eat before you start drinking. Never drink on an empty stomach. It will lead to acidity and dehydration. Food acts as a buffer between your body and the alcohol. This means that it slows the effects of alcohol and helps your body absorb it slowly. But when you drink on an empty stomach, your body is assaulted with the alcohol and this leaves you at risk for over consumption of alcohol. So always eat before you drink and not after you’re drunk.

Fashionlady - January 20, 2020 0
Whether you wish to add a few teaspoons of ACV into your switzel punch drink or add it your savory dishes for a tangy...