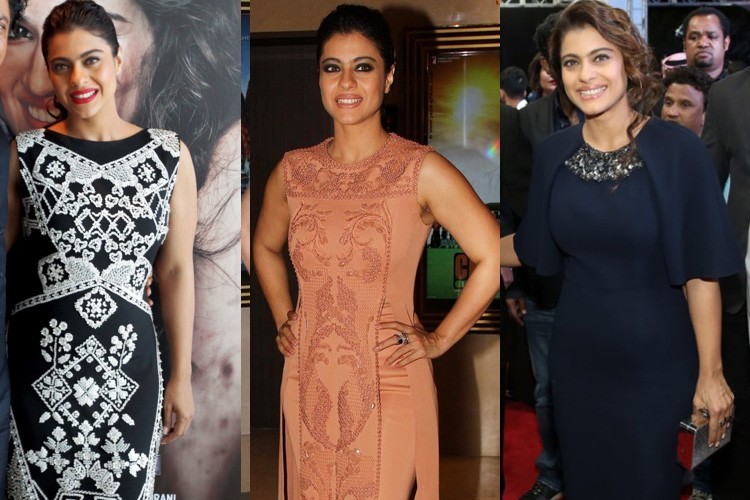 Kajol is the epitome of grace and style, and for those of you who don’t believe in the said statement can take a look at all the times she’s promoted Dilwale.

For those of you who do believe that Kajol is rather stylish and elegant, we have a treat for you!

During another few rounds of movie promotions, Kajol wore stunning outfits one after the other. And in one of those looks, she wore an outfit that was worn by Kelly Osbourne during the Golden Globes earlier this year. No points for guessing that our Kajol looked way more stylish and walked away with the prize for the best dressed!

Let’s take a look at her outfits now.

For the Filmfare Gala dinner, Kajol opted for a beautiful midnight blue gown by Georges Chakra. Hair done the Greek way in spiral curls, she finished her look with a silver box clutch and sultry makeup. She looked breath-taking! I totally ignored Shahrukh on her arm! 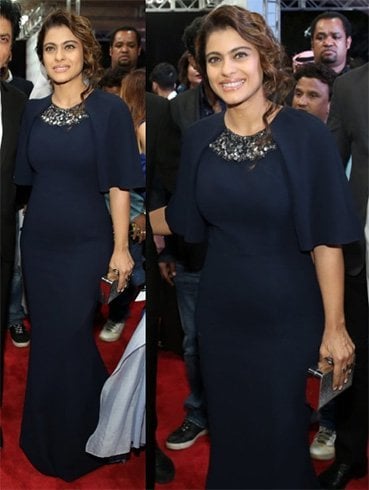 While attending the press meet, Kajol opted for a black sheath dress by Pankaj and Nidhi. Ankle strap heels, deep red lips and a pulled back pony were the choice of her styling. She looked quite nice! Soon Kajol gave us another sighting of Pankaj and Nidhi. But this time, it was a beautiful nude fitted gown. Smoky eyes, nude lips (probably Kinda Sexy by MAC) and berry platform heels finished her look. We quite like the pop of colour in her appearance. Like we have been saying, she looked nice!

So two of Pankaj and Nidhi and one of Georges Chakra – which one is your favourite?

All The Divas Who Were At The Dabboo Ratnani Calendar 2017...

Eco-Friendly Tampons: For a Greener Future

Fashionlady - May 30, 2017 0
Celebrities have always been the talk of the town for their alleged romance! Many of them manage to keep their affairs under the cover...