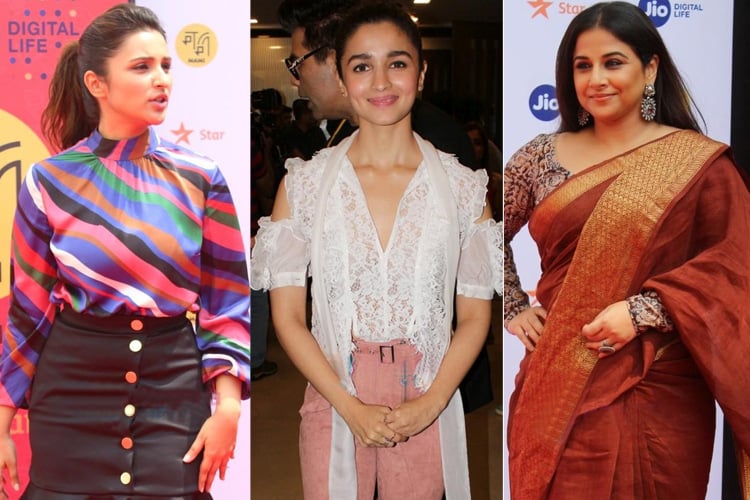 Jio MAMI (Mumbai Academy of Moving Image) 2017, 19th film festival took place over the weekend and while it discussed interesting cinema industry circling myths and facts, it also brought subtle lightheartedness and humor into the frame.

Alia Bhatt, Parineeti Chopra, and Vidya Balan caught our eyeballs with their fancy styles and we were delighted to earmark their witty remarks to the paparazzi.

Voicing her strong opinions on Nepotism, paparazzi culture and many more, alongside her companion, Ranbir Kapoor, Alia Bhatt turned the discussion lively and fun. On the fashion front, she rolled out a chic look in cut out shoulder lace top and brown ankle length pants by Mr. Self Portrait. Steve Madden ankle strap heels, a sleek updo, and clear makeup rounded her style wonderfully.

Kudos to her loyal styling team for rendering Alia’s chic and easy look. While Ami Patel, Sanjay Kumar Dauhaliya took leads as stylists, Ayesha Devitre handled the crisp hairdo and Puneet B Saini airbrushed the diva with a natural palette and left her sparkling like a moonbeam. Speaking about subtle similarities between her role in upcoming film, Tumhari Sulu and her role as Silk Smitha in The Dirty Picture, Vidya Balan grasped our attention with her words and smiles. Dressed in a brown linen sari from Nadiya Paar, she was a walking model of grace and elegance. Pairing the serenity of the sari with a kalamkari printed blouse and jewelry from Sangeeta Boochra, she rocked a beautiful traditional avatar. Soft straight hair and natural makeup rounded her look making priceless. 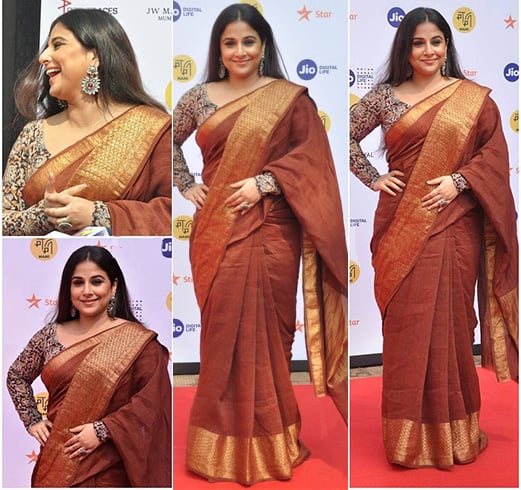 Putting us into a fit of laughter alongside her Golmaal 4 star cast, Parineeti Chopra like always looked bubbly and energetic. Peppy and chic was the diva in a Miuniku multicolored top and crisp black skirt. Ankle strap black heels from Lulu and Sky gave a remarkable feel to the style. With a tight ponytail slightly puffed at the crown, with fuss-free makeup, she rounded her look. Styling credits go to Sanjana Batra. Fashionlady - November 2, 2016 0
Diwali dhamaka has come to an end and yet the sparkling diyas, the sound of the crackers, the yummy sweets and the colorful outfits...