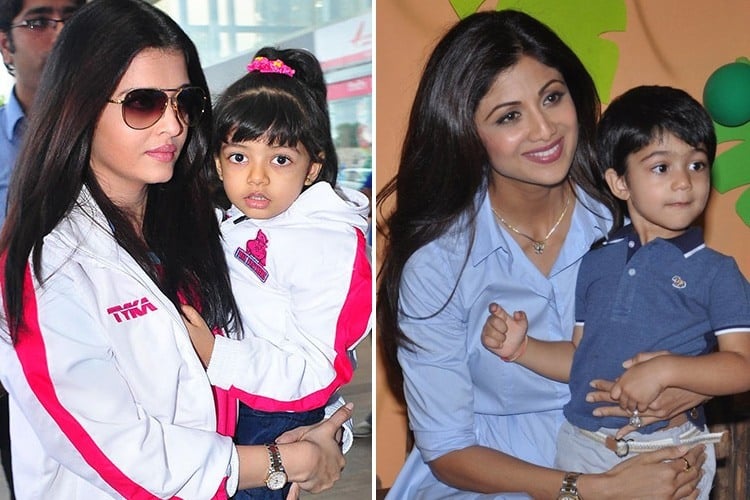 Gone are the days when being moms meant the end of the career of a Bollywood actress along with her figure and beauty which had previously enthralled the entire male gender of the country. Today, the Bollywood divas pamper themselves during their pregnancy. Post pregnancy, it does not take them much time to get their sizzling sexy look and body back and pick up the threads of their career with cool aplomb. All have not done it quite so successfully though. Leaving them aside, let’s draw our inspiration from some of the fashionably fit Bollywood’s moms who’s ‘once fat now fit’ journey is mind-blowing impressive.

Lets look at some of the fittest moms of bollywood 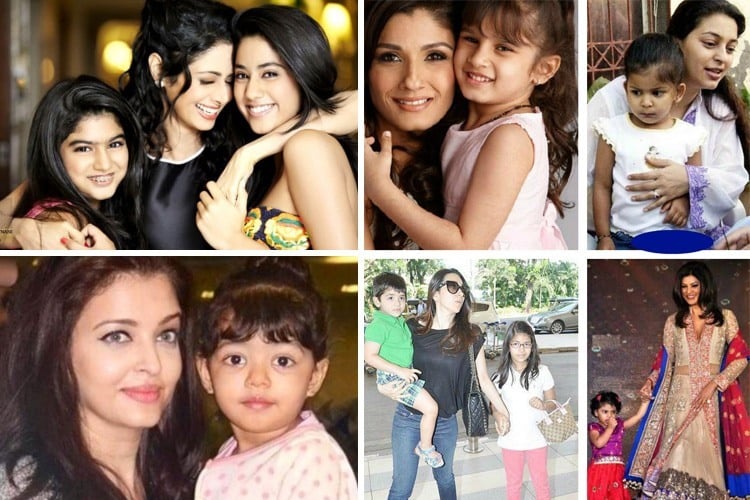 Undoubtedly, this hot and sexy ‘chaiya chaiya’ woman tops the list of the stylish moms of B-town. Despite over fifteen years of marriage and almost teenage kids, her sensuality quotient with her drop-dead looks and sexy curves seem to rise with each passing day. Her sensuous item numbers in the movies draws envy even from her Bollywood female colleagues. She still manages to dazzle and mesmerize all in any designer or casual outfit. Enthralling all with her hourglass figure and impeccable style she got her dream like figure in less than a year post giving birth to a baby boy. One of the leading fashionably fit Bollywood’s moms; she stands proud as a global flawless style icon! She even has a large group of fans following her stylish appearance. A dancing diva and a fitness freak- she has released exercise motivational videos and has even written a book on how to remain fit and stylish. 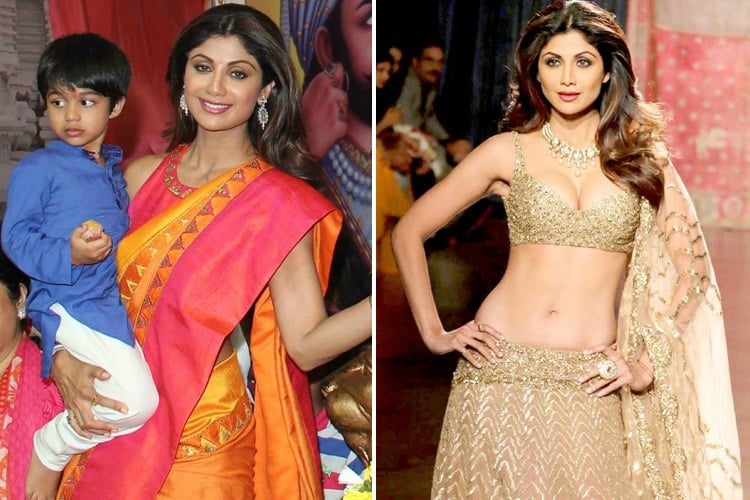 Known for her captivating smile and sheer elegance, this gracious dancer with her classic beauty still makes every heart go ‘dhak dhak’. She left the industry for marriage and returned with two great kids in tow. With her comeback movie, ‘Aajaa Nachle’ in 2007 and her regular appearance in TV reality shows; her charisma and charm needs no credentials. Even though she mostly sports a saree, her grace and sensual aura can still take your breath away! Definitely one of the fittest moms of Bollywood! Even though Sush’s Bollywood career did not scale the heights, anticipated for her, she still carries the ageless oomph and looks as ravishing as ever. Watch her walk the ramp! A proud single mom of two girls, Renee and Alisah, the beauty queen strikes the right chords, and is one of the stylish moms of B-town. A real epitome of style and sophistication, this gorgeous diva is yet to be seen ageing. Watch her in ‘English Vinglish’ to verify for yourself! Her perfect svelte figure and her quintessential classic look can give any diva of Bollywood, a run for their money. Though in late 40s, she easily passes off as an elder sister amidst her two quite grown up daughters! With her superb and tasteful dressing style, she is the epitome of a stylish and fit B-Town mom. After getting married to Ajay Devgan and becoming a mother of two, the bubbly Kajol comeback movie was ‘Fanaa’ with Aamir Khan. She kept making small appearances like the cameo role in Karan Johar’s ‘Student of The Year’ which proved her magnetic pull still live at the box office. In her latest flick, ‘Dilwale’ opposite SRK, her raw sensuality and gorgeous looks have floored almost everybody. Still a stunner and crowd-puller, she is definitely one of the sexiest mom, Bollywood had ever seen. 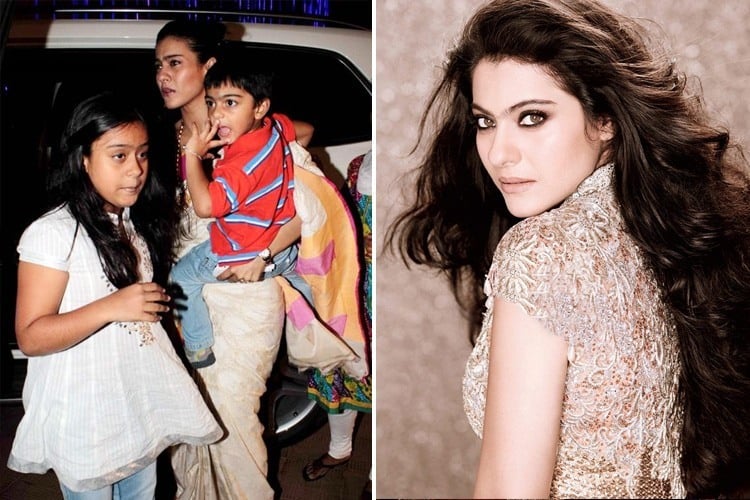 Karishma, better known as Lolo, was once the poster girl of Bollywood and the ultimate definition of style and glamour. Today, even though she is a mother of two and does few endorsements, her graceful style and immaculate beauty make the blue eyed gal still very hot to look at! Presently, a writer and an RJ, she still rules many heart and commands a revered position in our hot celebrity moms list. 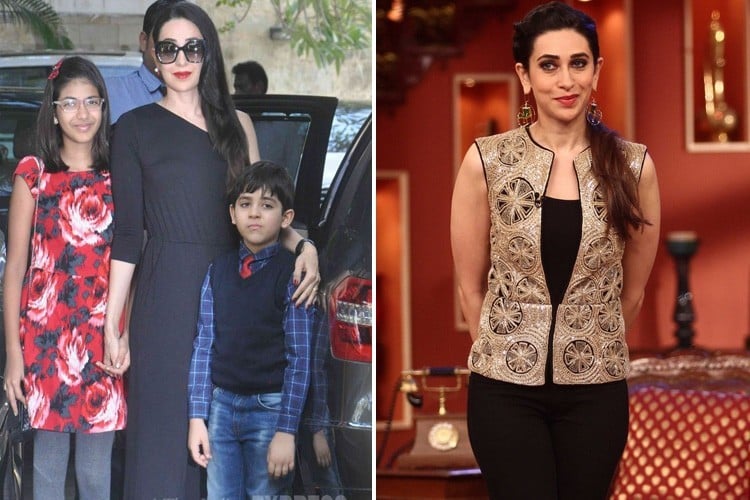 This captivating eye beauty queen still manages to enthrall all even after a decade and being a super mom to Aaradhya. Known as the ‘Czarina of Cannes’, she lived up to her fame in the 2015 Cannes festival and made everybody go crazy with her voluptuous figure and gracious style. In her comeback film post motherhood, ‘Jazbaa’ she had shown all, what an enchantress she still is. Undoubtedly, the most stylish mom gracing the red carpet events today! [Also Read: Bollywood Star Kids Who Are High On Fashion]

With their drop dead looks in sumptuous outfits, these B-town divas have emphatically established that being a mom need not equate to a shapeless and faded woman. An exemplary mother and a flourishing career, these celebs have made a daunting task look effortless!

Here’s How You Can Opt For The Best Hair Extension Vendor...

Cruise Packing List – Know The Things To Carry For A...

Why Rub Onion Skins On Yourself Daily? Here’s The Scoop