Indian Fashion Blog
Home Health Side Effects of Over Sleeping – Is it Harming the Body? 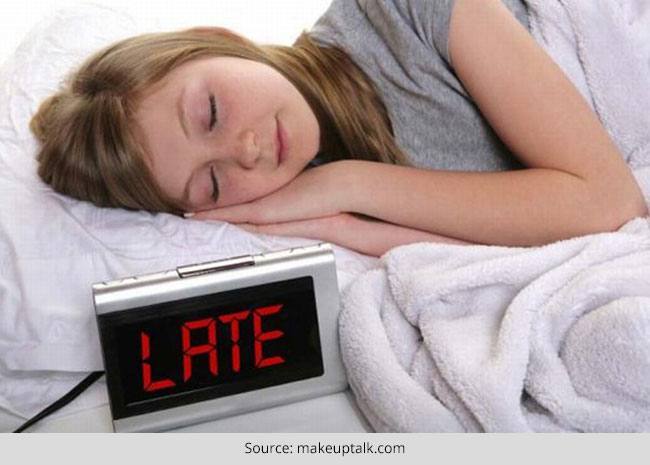 Too much of anything is good for nothing. Health gurus always insist on having 7 hours of sound sleep in order to maintain a healthy life. But there are people who have taken it so seriously that they sleep for more than 7 hours. May be they are unaware of the side effects of over sleeping.

There are people who have taken it so seriously that they sleep for more than 7 hours. Before going through the adverse effects let’s first discuss why people sleep more than the necessary hours.

Apart from the laziness, there are several medical conditions for oversleeping such as sleep apnoea (interrupted sleep) and narcolepsy (a neurological condition) that greatly affects the particular part of the brain that is responsible for controlling sleep. Even lack of iron in the body and thyroid related problems can also put people into sleep for more than 7 hours. Not only during night, these people can sleep at any given time of the day.

Apart from the medical ailments, the increasing stressful lifestyle and depression due to work pressure can cause oversleeping. Stress disrupts sleep timing thereby disturbing the entire schedule. Even lack of physical activity, self discipline and will power, anxiety and fear leads to sleeping for lengthy hours.

How do we measure oversleeping?

Even though experts suggest 7 hours of sleep, every person’s requirement of sleep is different from the other. And since age, health and lifestyle are relevant factors; sleeping disorder is completely subjective. And if someone is on medication then they are recommended to sleep for more than 7 hours but there is no reason for a healthy person to oversleep.

6 major Side effects of oversleeping

Oversleeping leads to numerous health problems, especially lifestyle ailments such as obesity and diabetes. Let’s find out other deterring side effects –

1. Headache – Research has shown that certain neurotransmitters in the brain get affected due to oversleeping and cause headache that further affects the entire day’s routine.

2. Diabetes – A study has shown that people who frequently oversleep, say for more than nine hours have a higher risk of developing diabetes than those who wake up early. This habit of oversleeping also creates several other underlying health ailments and lifestyle diseases.

3. Obesity – People who are keen on losing weight should immediately induce discipline in their sleeping regime. Researchers have proved that daytime sleepiness contributes greatly to obesity. Oversleeping followed by reduced physical activity and unhealthy eating habits are at more risk of gaining weight than people who sleep for 7-8 hours and follow a disciplined lifestyle.

4. Heart Diseases – As per a journal published by the American Academy of Sleep Medicine, it is proved that too much sleep increases the risk of chronic diseases including cardiovascular disorders. Reports suggest that women who slept for about 9 to 11 hours were 38% more likely to develop heart diseases.

5. Back Pain – Oversleeping also puts pressure on backbone, thereby causing stiffness in back soon after waking up. And people who already have a chronic back pain then oversleeping further worsen the condition.

[Also Read:Sleeping on the Floor for Back Pain]

6. Fatality – Scientists at the University of California have found out that individuals who slept for more than nine hours died at young age.

So these were the following major 6 side effects of oversleeping that can greatly affect a person’s health and overall lifestyle.

Rihanna Bags CFDA Fashion Icon Award – See Who is the...