Turned 22, our very own Smriti Mandana is already a cricket icon. After having scored a double century, Mandana became the first Indian female cricketer to ever score in a one day series. Three years after making her debut, she is still #careergoals and slowly becoming #stylegoals, too.

She has gone on to score big both off- field and on field. So discover all about Smriti Mandana’s fashion profile and bio as you have never seen before.

Born to a family of cricketers, both Smriti’s father and elder brother played cricket till district level.

Smriti’s father Shrinivas Mandhana is a chemical distributor. He keeps her daughter motivated through daily workouts and practice. While, her mother Smita Mandhana takes utmost care of her diet, organisation aspects, and attires.

Her brother Shravan Mandhana is also a former district level cricketer. He also practices bowling with Mandana’s in the nets. 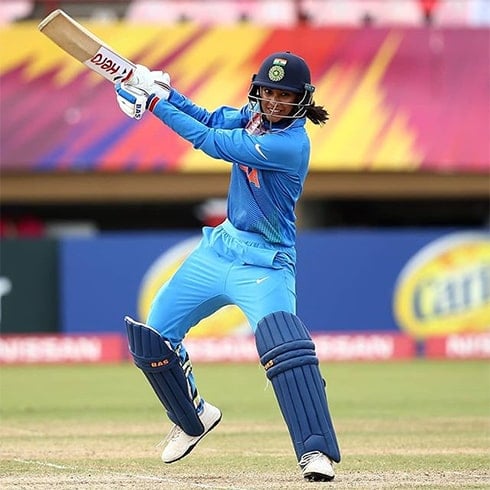 Not much of Mandana’s educational qualification is known. Except that she completed her schooling from Madhavnagar, Sangli. She may not have pursued further studies given her cricketing career taking off by the age of 11 where got picked for the Maharashtra Under-19s team.

Mandana is one of the emerging Indian cricketer who has played for the Indian Women’s National Team. The BCCI had also named her as one of the Best Women’s International Cricketer in June, 2018.

Here is a breakdown of her titles made so far: 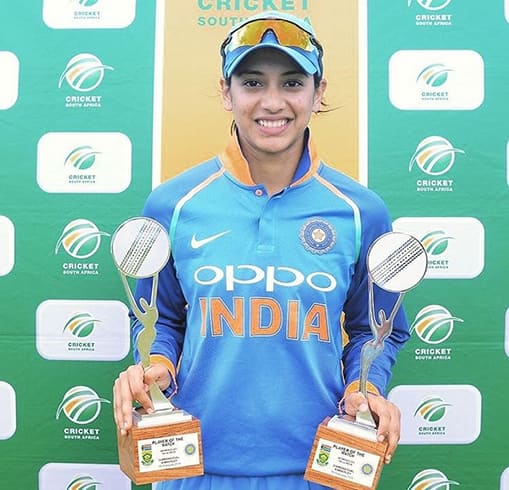 Here is a breakdown of Smriti Mandana’s professional profile:

Off- field, Mandana is like no other young girl her age. Her personal style is eclectically wholesome.

Seen at a Mumbai event wearing a white shirt, zara pants, and Bata heels. The balloon sleeves of the shirt makes quite a statement. 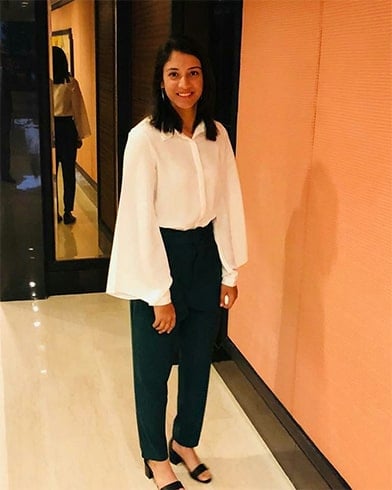 3. Lit in Electric Blue for Diwali:

Bit of a royal touch and elegance in a Biba ensemble. The gorgeous blue made her look festive ready. 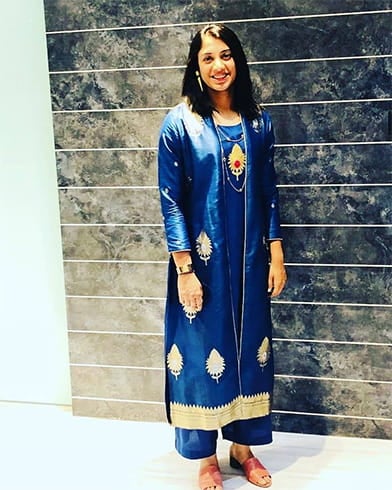 The young cricketer had a fan-moment with ace cricketer Virat Kohli and wife actor Anushka Sharma at the BCCI Awards. As for the styling, Mandana had it all figured with her pink electic suit. Since she is a strict vegetarian, she does not include meat in her diet. Her team’s nutritionist make sure she follows a strict diet. Here is a breakdown of Smriti Mandana’s diet plan: 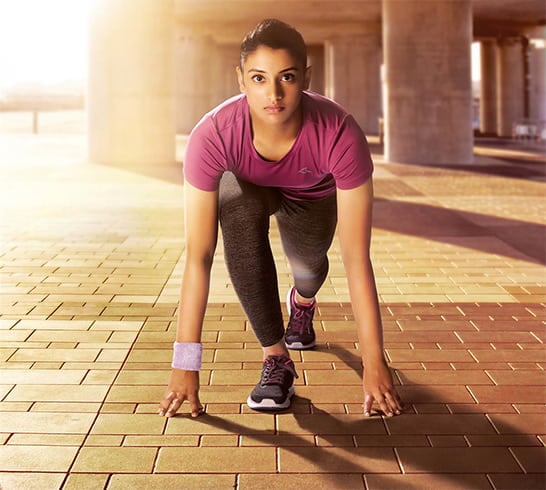 Smriti Mandhana has made a big impact in the Women’s Cricket World Cup with a hit century and 90 runs in just two matches. Having made her debut three years ago, Mandhana have made solid innings so far.

A role model for the millennials, Smriti Mandana has been named as the Brand Ambassador for Bata’s sport wear brand ‘Power’. We are looking for more endorsements in the future. 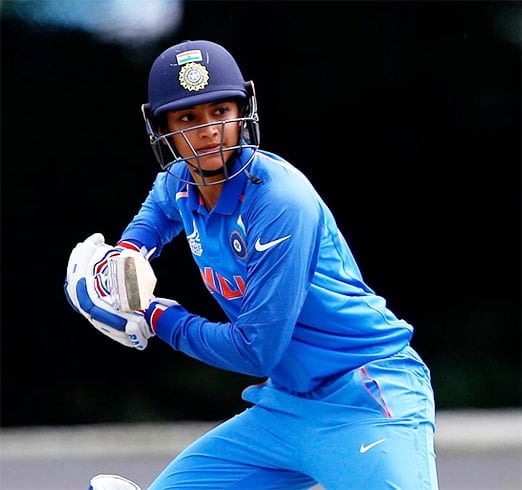 Here are the achievements that Mandhana has made so far:

Hope you enjoyed going through Smriti Mandana bio and fashion moments. If you want to see more of Smriti Mandhana Latest News, then leave us a comment below. We love to get back to our loyal readers.

Celebrities With Deformities: These Have Hardly Altered Their Status

5 Ways to Sport a Blazer for a Mod Look