Finally, Sonam’s wedding festivities have begun. Yes! We are referring to Sonam Kapoor and Anand Ahuja’s union, which we have been longing to see. The couple chose to keep it simple, as they confined their celebrations to their close family and friends. 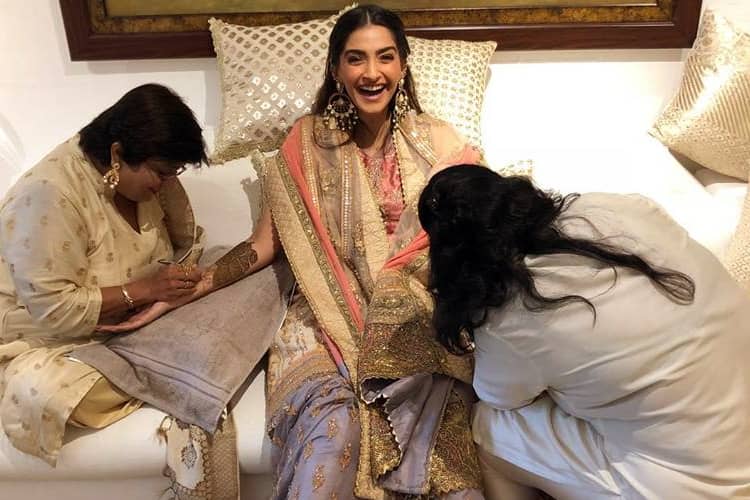 The couple is all set to tie the knot on May 8th and the Kapoor residence is glimmering with decorations, celebrations, pre-wedding festivities, and of course, Bollywood stars.

All geared up to start her beautiful journey with Anand Ahuja was Sonam Kapoor, radiating like a thousand suns at her Mehendi ceremony. She dolled up gorgeously in a peach, golden and gray colored Anuradha Vakil outfit. In the comfort of her home, she looked simply stunning.

Mid-parted half pinned hair, blush-toned makeup, and nude lips were all she opted for the grand ceremony. Wearing her smile and her happiness like an ornament on her face, she spilled joy all around her. 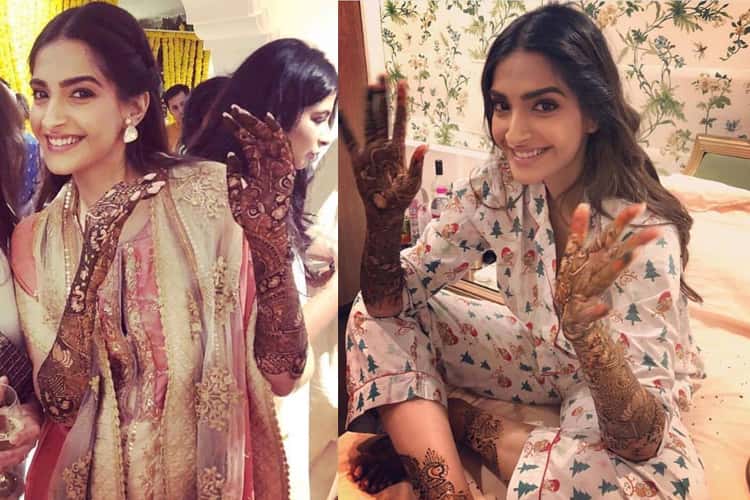 Rejoicing in the wedding celebrations of their dear Sonam were all the Kapoor sisters. Rhea Kapoor, Sonam’s sister, friend, and stylist dressed up simple yet stunning in a cream and gold-toned Abu Jani Sandeep Khosla outfit.

Long sparkling set of earrings, casual hairdo and neutral-toned makeup went perfectly well with the simplicity of her style. 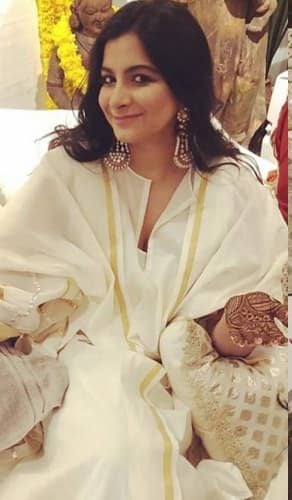 In a cream-colored Manish Malhotra lehenga loaded with gold threaded embellishments, Janhvi Kapoor was in attendance for the Mehendi celebrations of Anand Ahuja and Sonam Kapoor. We like the hint of pink along the hemline and the bell sleeves that added a nice touch to the style. Besides the beautiful sisters, glamorous Rani Mukerji was also spotted at the Kapoor residence. We have to admit that the diva showed immense courage by donning a cream and white lace trim top and jacquard pants for the Mehendi event.

Carrying an Alaia bag and making her foot comfy in a pair of Dolce & Gabbana pumps, she rounded her style. Also spotted at the event were Anshula Kapoor and Sanaya Kapoor. And so the band, baaja, and baraat began for Sonam Kapoor’s wedding! Can’t wait to see the grand events that are yet to unfold!
Images Source: instagram.com/sonamkapoor/

How to Dress Quirky With Indian Wear

10 Hair Toners To Try This Monsoon