And if the birthday boy is the one and only King Khan of Bollywood, the day becomes even more special not just for him but the entire fan clan.

Away from the city’s hustle bustle, Bollywood’s Baadshah ringed in his 52nd birthday this year, with his most near and dear ones at his Alibaug farmhouse. The celebrations started a day before when the party invites jet-setted from Mumbai to be with Bollywood’s main man on his birthday eve. While some flew with SRK in his private jet, Gauri, Suhana along with their respective girl gangs took to the waters.

The guest list boasted of SRK, Gauri and Suhana closest friends. Sharukh’s tinsel town besties and director/producer, Karan Johar and Farah Khan, posed and posted every deet from the party. His leading ladies Katrina Kaif, Deepika Padukone and Alia Bhatt upped the glam quotient at his party just like his movies. Gauri’s girls – Suzanne Khan, Maheep Kapoor, Shweta Nanda, Anu Dewan and Bhavna Pandey were there to party with the family on the birthday eve.

Post celebrations, the gang along with the Birthday boy and family made their way back into the city.

Scroll down to take a quick peek all the glitz and glamour the women added to SRK’s birthday soiree.

Deepika would not have been the Deepika Padukone she is today had Shahrukh and Farah not made Om Shanti Om, her debut movie. The woman had to be there to celebrate the birthday of her first ever leading man and co-star, SRK. Deepika opted to go all white for the house party wearing a lacy short dress from international label Chloe. The off-shoulder piece exuded relaxed vibes. The woman behind this look was stylist Shaleena Nathani. Deepika sealed her look with a neat low ponytail. Daughter of SRK, Suhana Khan left for Alibaug wearing her statement rock chic style. Leaving for the farmhouse, Suhana was spotted wearing a Givenchy white t-shirt the knotted way on a pair of denim hot pants. Leaving her tresses open, this young lady rounded up her casual summer style up with a black Bottega Veneta handbag and a pair of cool white sneakers. 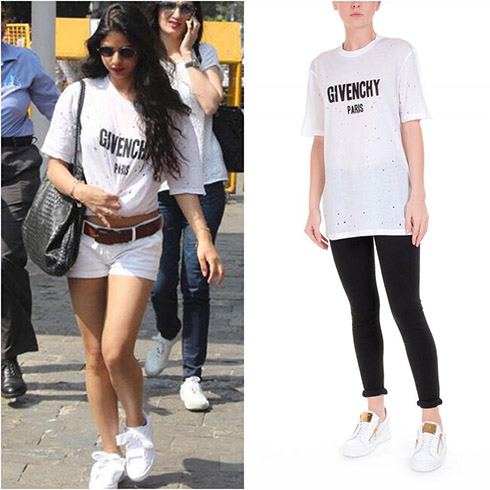 While SRK was the birthday boy, Maheep and Sanjay Kapoor’s daughter also ringed her 18th birthday on the same day. The PYT was spotted taking off along with Suhana and Ananya Pandey, to celebrate her birthday along with the Khan’s wearing denim blue hot pants with a bohemian full sleeve printed top. The beautiful Shanaya later changed into a pretty floral printed white dress for her birthday. In all her changes the birthday girl looked absolutely gorgeous. Srk’s “Love You Zindagi” co-star, Alia Bhatt made it to the quiet celebrations at Alibaug along with rumored beau Siddarth Kapoor. The two jet-setted along with SRK in his private jet. For the flight, Alia wore a short strappy red dress with a denim jacket layering. For the celebrations, the girl changed into a beige dress with pastel blue lace detailing. 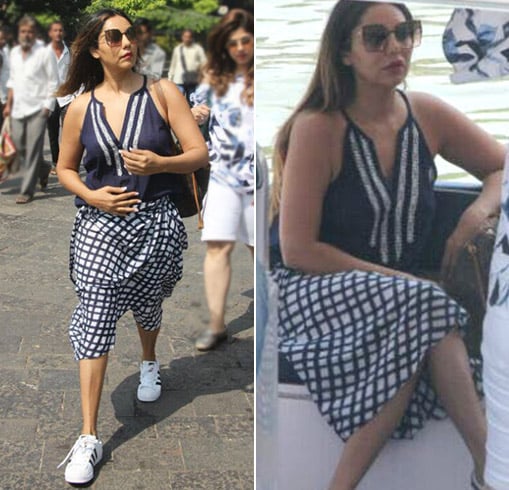 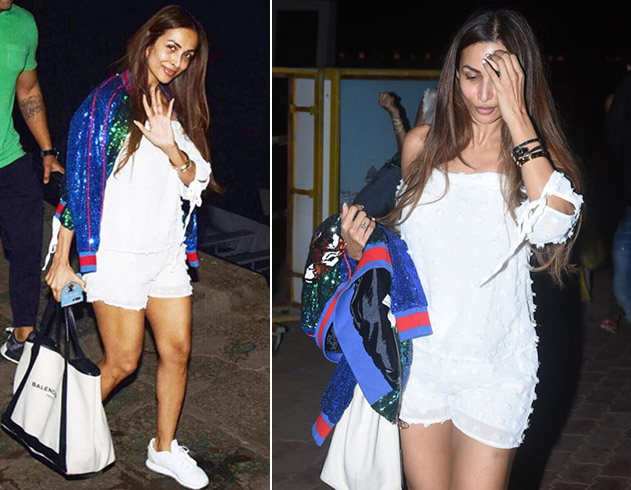 While sister Malaika opted for a short jumpsuit, Amrita Arora picked up a strappy full-length jumpsuit in military olive for the farmhouse celebrations. Looking all set to let her hair down, Amrita worked this comfy lounging look with a statement pair of transparent aviator shades. Neha Dhupia chose to wear an asymmetric long top in white for the farmhouse celebrations. The woman paired her pretty chic top with a pair of blue denim. Classics done absolutely right. Her blue Chanel tote complimented her outfit to perfection taking her look a notch higher. 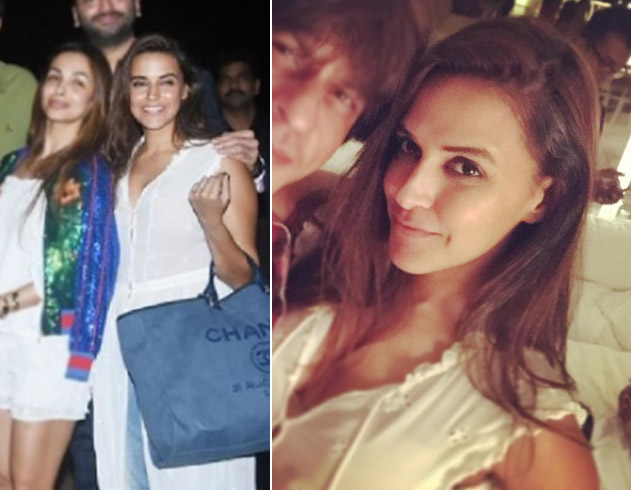 Daughter of Amitabh Bachchan, Shweta Nanda was on the invitee list of this quiet yet fabulous celebrations. The lady made her way to the party wearing nauticals. Pairing a red white striped tee with a pair of well fitted white ankle length pants, Shweta made for a sharp casual look. A pair of brown sandals and a black tote rounded up her look to the T. Farah made her way to her besties party wearing a comfort look. The woman wore a striped blue and white tee with a pair of denim. For a splash of color, Farah took to a mustard tote which totally elevated Farah’s look. 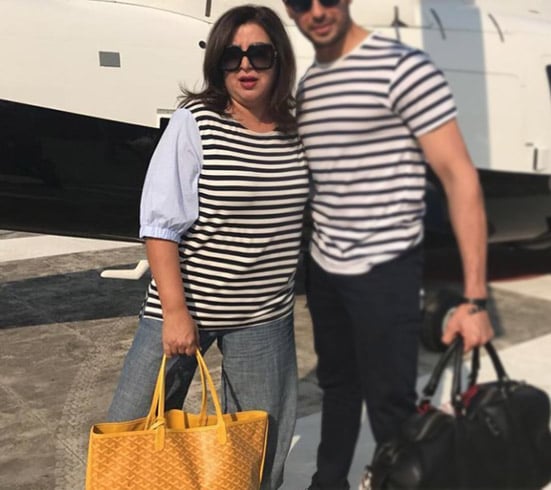 Corn Hair: A Vitamin You Didn’t Know About!

35 Easy Toe Nail Designs That Are Totally Worth Your Time

Fashionlady - November 18, 2015 0
Natasha Poonawala is pregnant and we can feel the excitement in the air. Of course we get happy for everything, but pregnant celebrities get...