Bollywood actress Katrina Kaif’s journey began with Boom (the film) while actually had boomed her film career. The super bold glam look did not accelerate her diva image as much as her semi-desi look in the film Namastey London did. Since then Katrina Kaif have been much appreciated and adored as fashion goddess whenever she appeared in a traditional attire in Singhh Is King, Mere Brother ki Dulhan, Ek Tha Tiger and Rajneeti etc, garnering more fans than ever.

Besides on screen, the model turned actress chooses to go traditional in various awards and ceremonies too, that we think she considered the safest bet! Her most favourite designer seems to be Manish Malhotra, for she has been mostly seen in Manish Malhotra’s outfits be it then sarees, lehengas or anarkalis.

Today, we will only discuss about the Anarkalis that she has worn in the recent past. Katrina Kaif was also the show stopper of the designer for his show in Delhi Couture Week in 2011 and since then she has been playing the perfect muse for the designer.

Manish Malhotra on Katrina Kaif as per NDTV :

| Katrina is someone who is very charming and beautiful. She looks great in Indian clothes. Also, she likes old world charm and that’s what she represented though my collection. | 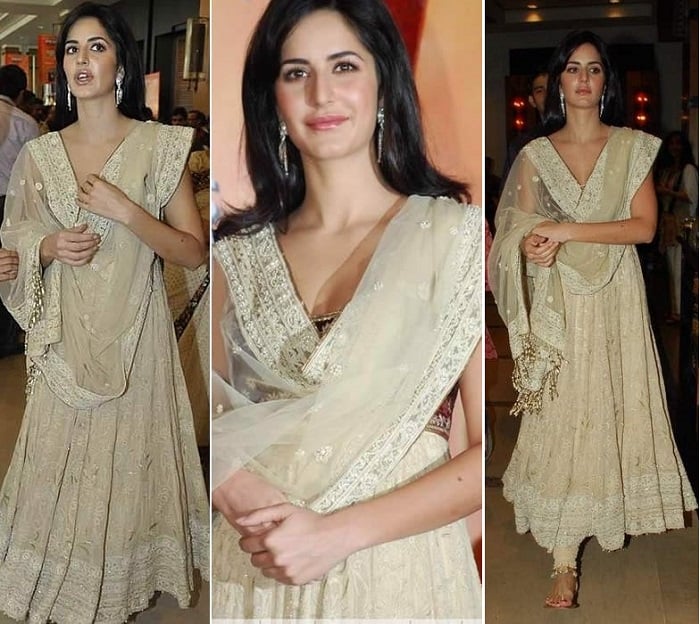 Floor length anarkalis have always been timeless in style and designs and their popularity has increased much ever. What Katrina wore was an ivory shade anarkali with maroon yoke design. In her slender and curvy figure, this Indian frock gown with churidaar looked regal. She also chose to go minimal in accessory with adoring only earrings. Heavily done chikankari and kamdani work added to the elegance of the anarkali.

She chose to wear this orange and pink shaded anarkali at the promotional event of her film New York in 2009 (oh! That’s long back). The hemlines of this outfit was done in gotta work while yoke was partly embellished with zardosi. Her innocence spreaded wide in this bright Indian outfit. A fairy like frock! Floor-length anarkali with full sleeves in an off-white colour with pink, brown and golden shades on the broad hemlines, Katrina Kaif looked no less than a princess in this Manish Malhotra’s outfit at one of his shows in Lakme Fashion Week 2011. Floral embroidered patches on the sleeves and kamdani on the neck design fine tuned the elegance of the anarkali. Kat accessorized the look with a pair of earrings, no more than that! Dupatta was missing, however not needed! 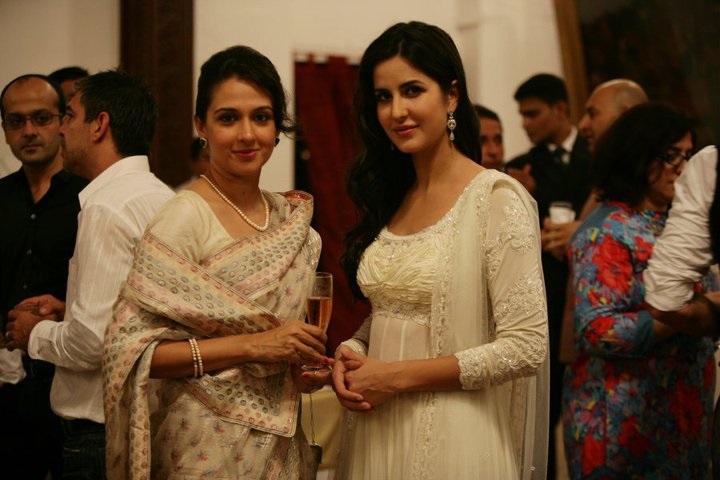 Sheer net floor-length anarkali! Kat wore it at the promotional event of her film ‘Zindagi Na Milegi Dobara’. A very simplistic design with chikankari and kamdani detailing and slight ruching on the yoke brightened up the look on Katrina. Seems, a pair of earrings is her favourite way of accessorizing an anarkali look. You too can follow! 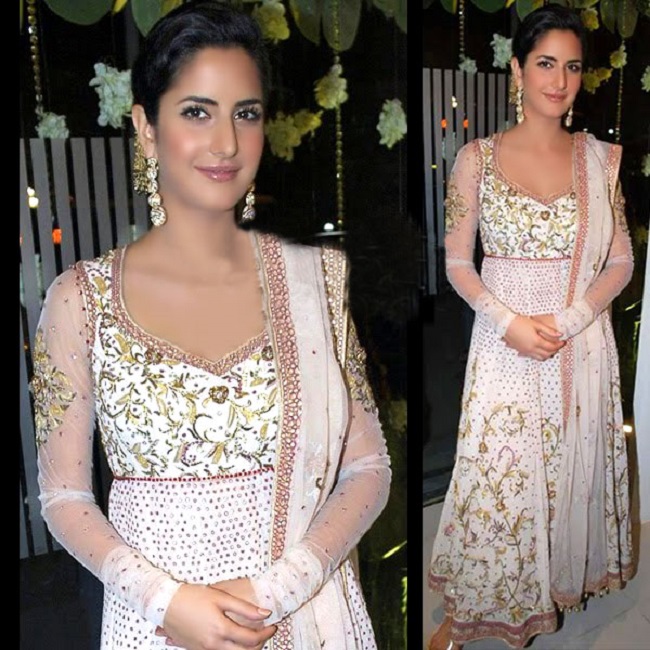 This anarkali marveled at its own beauty and shone when Katrina Kaif worn it! The coloured floral embroidery patterns brought about the beauty on this off-white anarkali. Full-length net sleeves with heavy zardosi patch work deserved the admiration of the fashionista. Kat once again accessorized this anarkali with a pair of earrings. Finally the hues of blue! This navy blue net long sleeved anarkali with a hint of golden zari embroidery work and patches of velvet looked no less than a royal dress. She wore the Indian outfit with an equally regal poise. Katrina ditched her favorite designers Rocky S and Gauri & Nayanika for Manish. She chose this fusion anarkali designed by the Bollywood’s leading fashion designer for Filmfare Awards’s red carpet look. Indeed this three-piece fusion anarkali flanked by rhinestones and elaborate detailing against sheer fabric made her look resplendent at the event.

10 Types Of High Heels You May Consider Buying

9 Times When Twinkle Khanna Left Us In Awe!

Inspire, Interact and Get Entertained At The 67th Milestone’17

Fashionlady - June 14, 2019 0
That voluminous lehenga gown with delicate mirror-work is most likely an Abu Jani Sandeep Khosla creation. The antique weaved texture with heritage crafts is...