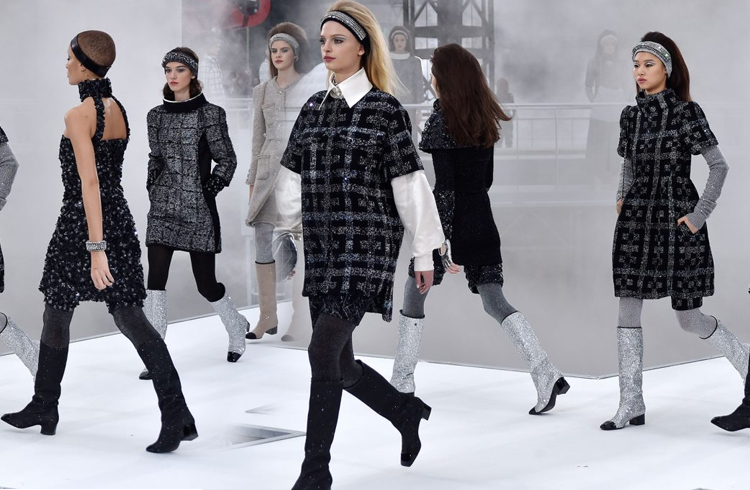 The last leg of fashion week took us to Paris and boy do we cherish the experience or what. Here is an account of every style moment that the romantic city encountered while playing host to the most talked about fashion weeks in the world.

We couldn’t fail to notice how strongly colors were combined with leather and fur in most of the LV designs. 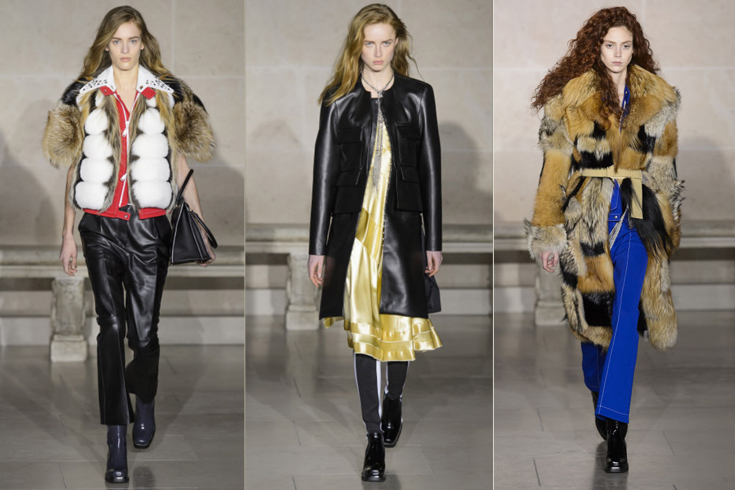 The designer offered retro-soaked girly glamour in all the candy colors one can imagine – pure fun. 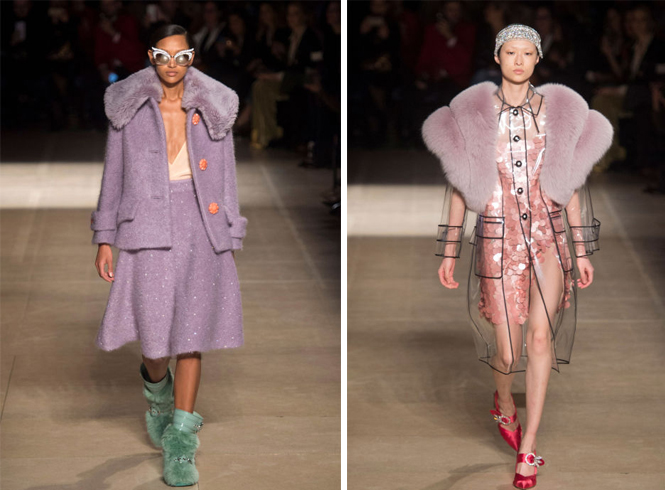 If the outer space had models, or if there is life in a distant planet from the Galaxy, this is how they would dress up. 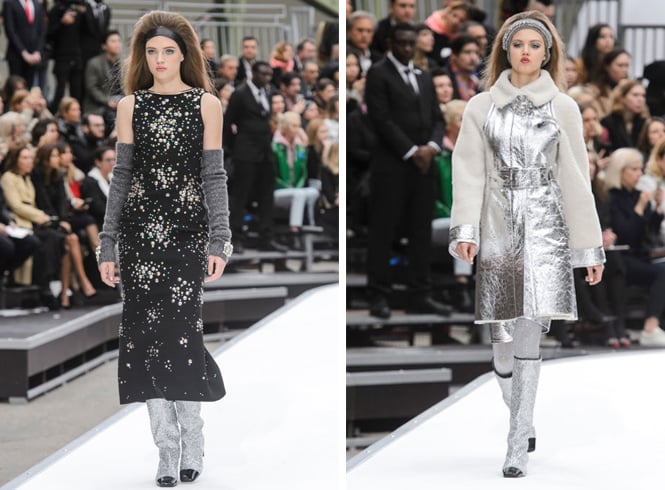 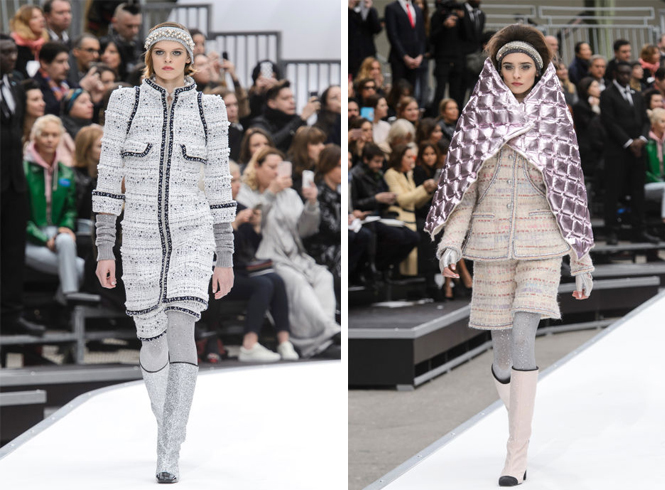 Not sure about you, but when I look at the designs of Hollywood’s most favored designer, my brain races wondering which of these am I going to see on the red carpet next year? 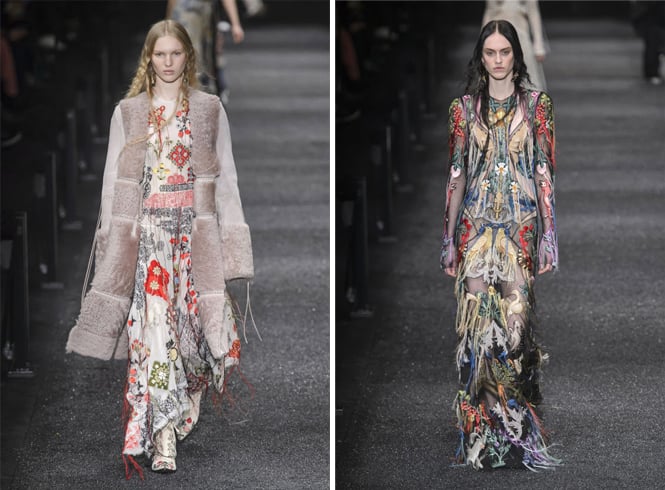 Here are the best ones from the versatile collection of the luxury line. It encompasses coats furs, and lacy lingerie-esque creations. Dumas-Hermès has always been safe and sophisticated with his creations. The high end luxury brand loves to stay away from controversy and its show features designs that work for everyone. This year was no different. 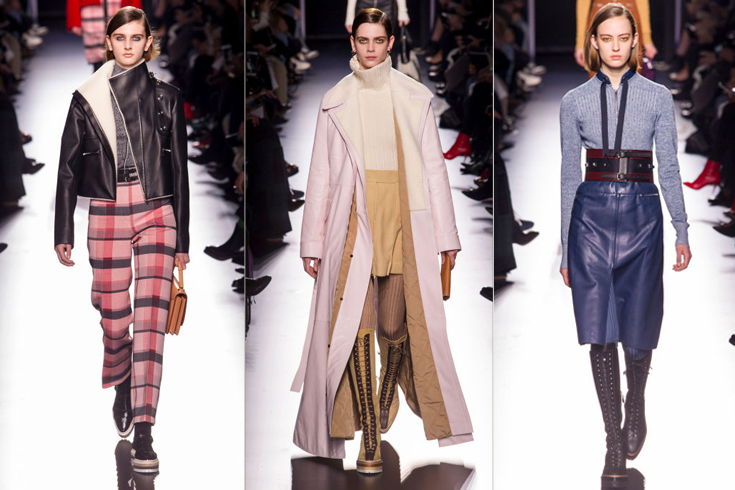 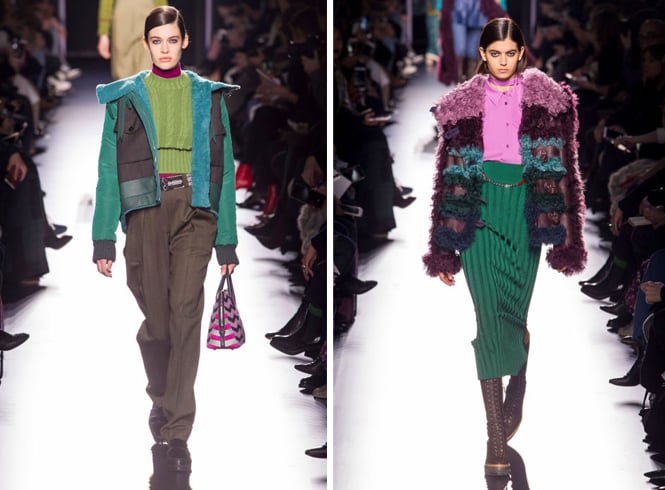 With the most notable names of the industry gathering to witness everything that is new and happening in the fashion universe, the fashion moments on the Front Rows were no less exciting than the ones exhibited on the runways.

Celebrated guests that’s came in to see the presentation of their favorite Luxury brand included Michelle Williams, Sophie Turner, Jenna Coleman, Poppy Delevingne, Lara Stone and Maisie Williams among others. We see a special love for leather among the guests – while Millelle’s leather gown was breath taking as we don’t see such feminine cuts in leather much, Sopie’s frock was edgy and resonant with her personality. Coleman was sophisticated in her white shirt dress under a huge powder blue jacket, we also find lara’s printed dress quite interesting. 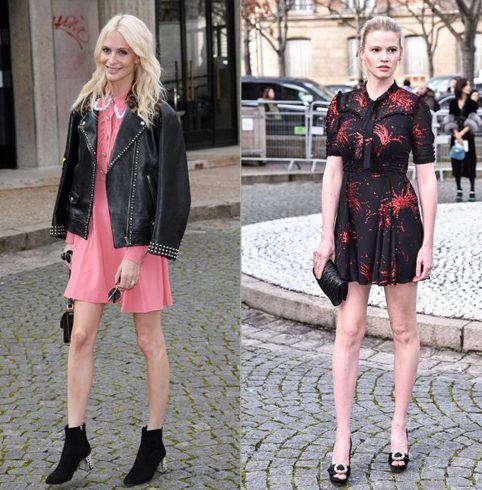 Maisie Williams and Rita Ora were spotted in leather again and the tiara brought in a striking contrast. Cara Delevingne and Lily-Rose Depp were in comfy trousers and cropped sweaters. Anna Wintour stepped out in monochrome and other celebs to claim our attention were Vanessa Paradis and Caroline de Maigret. 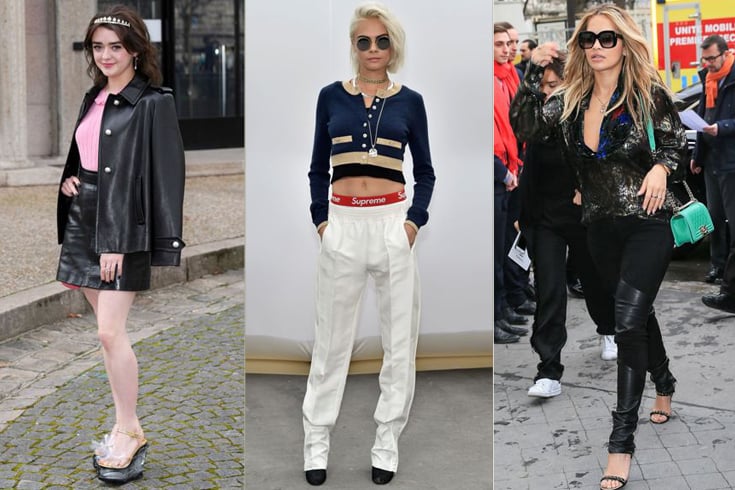 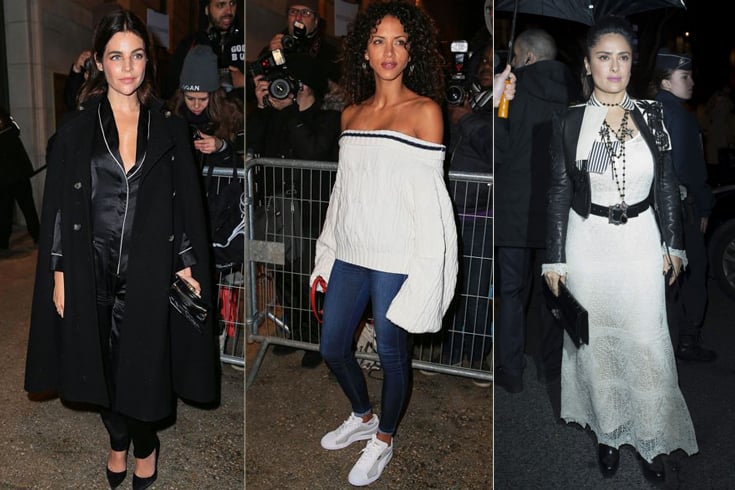 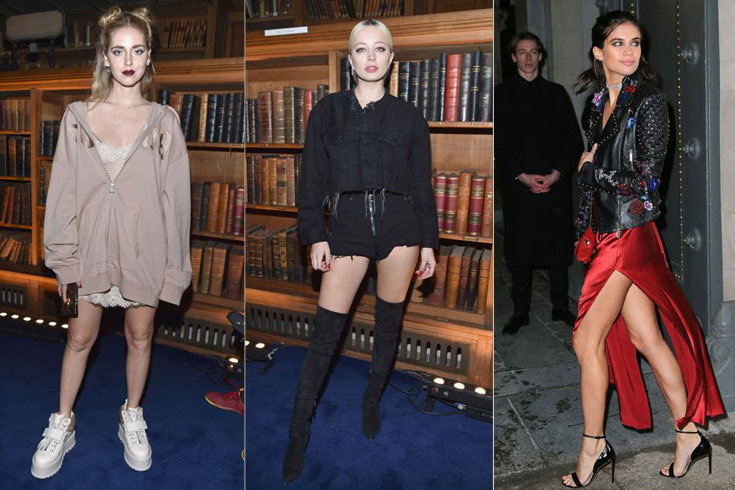 The Italian Fashion house ranks pretty high on the list of favorite designers favored by our favorite red carpet trotters. Olivia Palermo and Anna dello Russo were seen on the front row, contemplating their next wear. 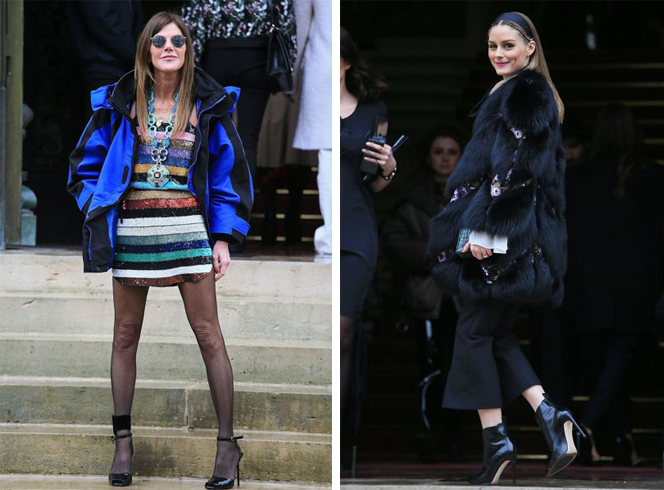 We found Arizona Muse in bright red, Pamela Anderson in some black and white, and François-Henri Pinault and Salma Hayek channeling their natural stunning self. Though the Fashion Week has run its course, it has left us with plenty of inspiration – and we are not talking about runways, backstage and front rows only – we are, in fact, perpetually fixated by the wide spread of varied fashion choices out on the sidewalks of the city. The show attendees, be the designers, the guests or the models, dressed to the nines for the entire week. The streets were replete with a lot of occurrences of color blocking and everyone embraced a fervor of oversized coats. Oversized and color blocking – our prime take away from the Paris Street Style. 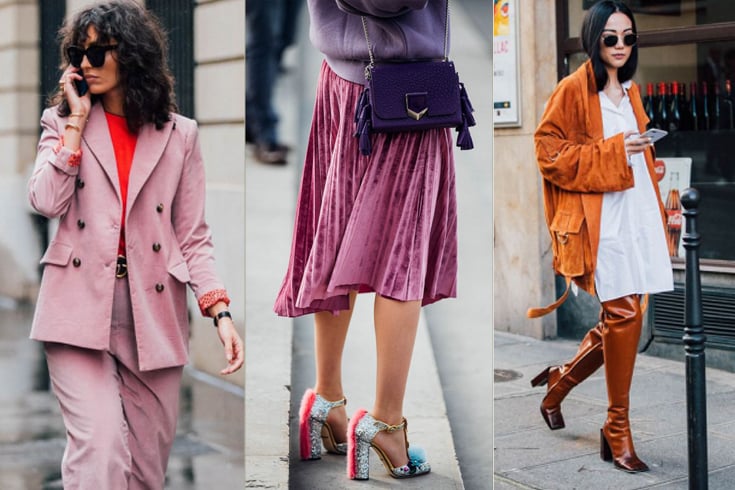 This brings us to the closure of the journey we had embarked upon a month ago. Now waiting to see how many of these designs make it to the red carpets.

Get Head Over Heels With Rohan Arora Footwear Collections