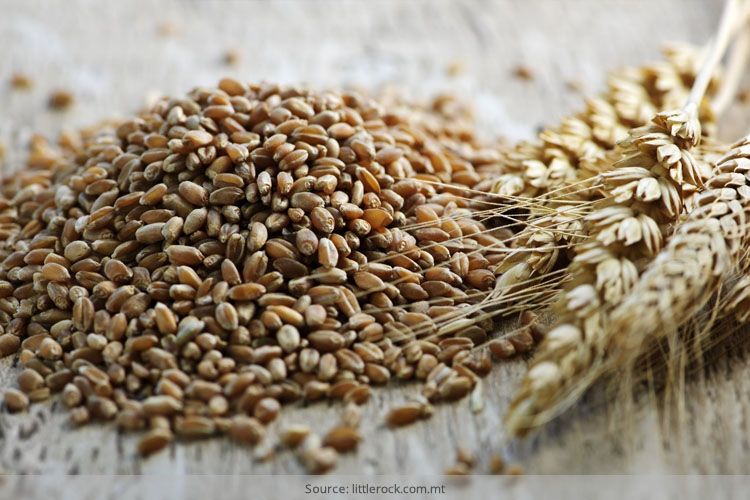 Rye seeds are known to be very healthy cereal grains and a very popular item across the world as well. Most experts would compare rye to that of wheat because the two look very much the same, but in reality they resemble our humble oatmeal. Let us take a look at the Benefits of Rye – Health, Beauty and Skin Care, shall we? And along with that, we shall talk about Rye Health Benefits, Rye for Beauty, Rye grains benefits, Rye Side effects as well.

Rye not only helps to lose weight but is also proved to prevent any form of cancer as well. Rye bread also is known to help with weight loss when you have it in the morning. This is because there is four times the amount of fiber found in rye bread, and very less calories than what you would otherwise find in white bread. Rye bread is known to keep the stomach satiated, and it helps bring down the appetite and hence you eventually help yourself to control weight gain too.. The same would be with Rye flour Benefits too.

2. Bring down the risk of diabetes

Research and studies show that when one consumes whole grain rye bread, the body gets to improve on its metabolism when diabetes is spoken off. Rye bread also helps cut the risk of anyone having type 2 diabetes as well. This is because, there is a lot of fiber in rye which helps keep a regulated count on blood sugar levels. Moreover, it also helps control one’s appetite too, and hence prevents obesity which stems from diabetes too. 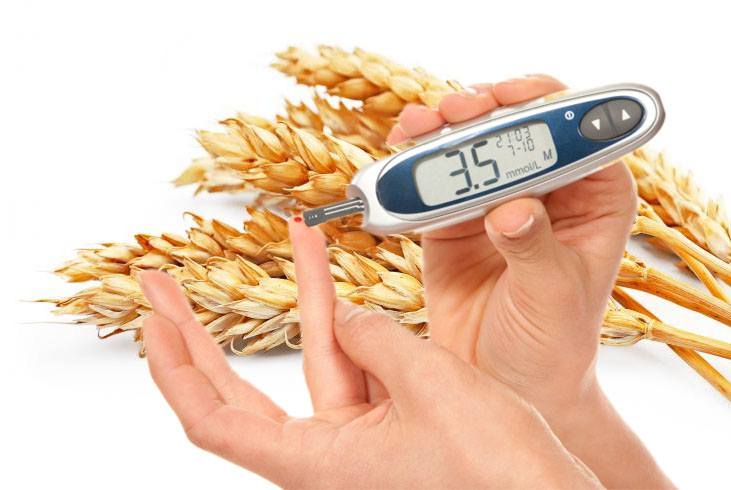 3. You can prevent gallstones from happening with rye

A study in sweden showed that when hamsters consumed rye, there were lesser formations of gallstones in the body. The risk is reduced to a large extent. According to NCBI sources, a research paper says “The effects of brewer’s spent grain (BSG), wheat bran and rye bran on bile composition, gallstone formation and serum cholesterol were studied in Syrian golden hamsters. The frequency of gallstone formation in the animals fed diets supplemented with low (10%) and high (20%) concentrations of BSG or wheat bran was significantly lower than that of the animals fed a stone-provoking, fibre-free diet. The ratios of secondary to primary bile acids were lower in the animals fed the diets supplemented with a high dose of BSG, wheat bran and rye bran than in the controls. The ratio of LCA to DCA was reduced only in the animals fed the diet supplemented with rye bran as compared with controls. No significant changes in bile and serum cholesterol levels were observed in the experiment.”

Rye is known to be a whole grain, and there are studies that talk about rye being very good as a food for the heart. Since it has plenty of fiber in it, it helps bring down the levels of cholesterol in the body. This in turn helps bring down any cardiovascular risks that may be associated with cholesterol too. They say, if you consume around twenty five to thirty grams of rye a day, which means that same amount of fiber a day, it would be ideal. But this should be in conjunction with other whole grains- three servings per day. And rye also is very rich in minerals such as magnesium which helps bring down blood pressure and prevents the occurrence of heart attacks too. It is the fiber in the plant that helps prevent any blockages in the artery.

There are many reports that speak of rye helping to prevent signs of cancer. There was one study which showed that those who are a lot of rye bread as kids, had no issues and almost brought down the risks of prostrate cancer. You can also be protected from colorectal cancer when you consume rye bread daily. Another study talks about how whole grain rye helps bring down bile acid levels in the stomach. This is what was noticed that brought down the risk of colon cancer to a quarter.

Studies are still on to bring out concrete evidence on the same, but there are sources that suggest that rye would help to fight inflammation and reduce it which is caused because of a metabolic syndrome. Inflammation also is known to elevate levels of the type 2 diabetes risk, which is why, this is a property of rye which can be very beneficial to bring down inflammation and diabetes risk too.

While we have always been told or taught that there are certain genes in the body that make us susceptible to certain conditions. To an extent it is true. However, if there is a change in the diet and the regulation of ones lifestyle, these dangerous genes in the body can be down regulated. There are expert studies and papers that say when you replace the oat-wheat-potato diet with rye, it can bring down the occurrence of those genes that are reason enough for health issues such as diabetes from happening.

Studies are still on to check if the Rye Health Benefits are directly related to menstrual health or not, but there is one research paper published on the same. According to experts at SCIENCEDIRECT, this is what they have to say “We have reported previously that rye bread (RB) as a part of the conventional diet affects bowel function and the metabolic activity of the microbiota differently in men and women. Because a higher intake of fiber by men could explain the difference in response, in the present randomized crossover trial, we studied the effects of a RB with increased fiber content vs white wheat bread (WB) in 39 postmenopausal women aged 59 ± 6 years (mean ± SD). The women consumed RB and WB for 8 weeks in random order.The composition of fecal microbiota; activities of bacterial β-glucosidase, β-glucuronidase, and urease; and concentration of short-chain fatty acids in feces, concentration of plasma enterolactone, fecal frequency, and consistency were determined. Mean intakes of dietary fiber were 47 ± 9 and 15 ± 4 g during the RB and WB periods, respectively. Rye bread significantly increased fecal frequency and produced softer stools, and increased the concentration of plasma enterolactone and the activities of β-glucosidase and urease as compared with WB (P < .05). There were no differences in the composition of the fecal microbiota, the activity of β-glucosidase, and the concentration of short-chain fatty acids in feces between the test bread periods. This study shows that RB in comparison to WB improves bowel function and increases the concentration of plasma enterolactone in postmenopausal women, thus improving bowel health. However, lack of other putatively positive changes observed previously in men consuming RB indicates possible sex differences in the response of colonic microbiota to dietary fiber.”

Rye has plenty of fiber in it, which works very well to help with better digestive health. Rye also helps do away with waste and toxin elimination, and treats constipation too. It is also a prebiotic, which helps boost friendly bacteria found in the gut. This is what greatly helps improves one’s digestive health. Even the fiber found in rye helps bind water on high levels, and this is what makes one feel full. What it does is that it does not allow you to overeat, which can in turn harm the health of the gut. There are studies that show how rye can help improve the amount of gut microbiota in the digestive tract.

10. Get stronger bones and teeth

Rye has minerals such as magnesium and calcium in it, and also plenty of manganese and phosphorus in it too. All of these minerals are known to make the bones and the teeth strong, say experts.

When you use rye flour as a face pack, it would be an excellent exfoliant and skin cleanser. All you need to do is to mix water with the rye flour and form a paste, and apply it as a pack. Wait for fifteen minutes and then wash it off. Talking about Rye for Beauty, the seeds of rye have minerals in it such as magnesium and zinc, iron and calcium too, which help prevent the early signs of ageing from catching up on the skin. The mask mentioned would also work to bring down the occurrence of blemishes and fine lines too. There are even antioxidants in rye, which helps bring down the onslaught of free radicals that make premature signs of ageing happen more. For hair health, rye works wonders. The flour of rye they say can be used as shampoo, which makes the hair strong and smooth. Instead of using commercial shampoo, using a mix of water and rye flour would be best to shampoo the hair with and massage the scalp and hair for a couple of minutes. The mineral magnesium found in rye helps promote healthy hair growth. 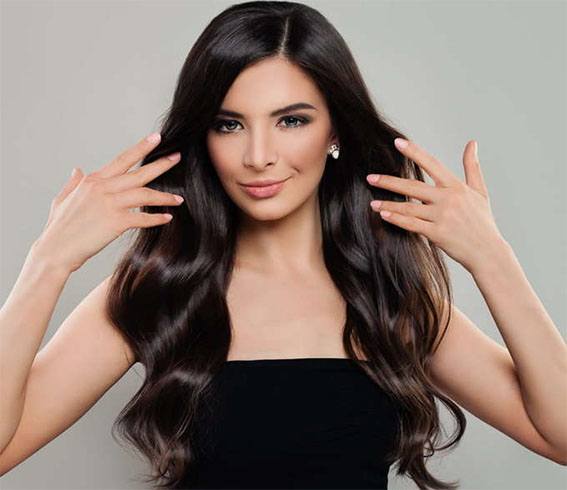 So this was all about Rye grains benefits for hair, skin and overall health. Now let’s take a look at the Rye Side effects which one should know about. Please read on and be well-informed.

Before you rush to buy and consume rye, please do note that rye is a glutenous food. If you have gluten allergy, you must not consume this grain at all.
We hope this information on rye and its benefits, along with the side effects comes in handy. Do consult an expert to know if you are fit to consume rye or not. Their words would take precedence over what is written here and elsewhere online.

Learn How To Wear Hermes Scarf – Look Like A...

Casual Looks Of Celebrities During The Week

How To Layer Skin Care Products The Right Way

What To Wear Under A Tutu Without Looking Like A Ballerina

Fashionlady - March 11, 2016 0
Love to push boundaries and make fashion statement with whatever you wear? Are you quirky and whimsical with your styling sense, but balanced in...