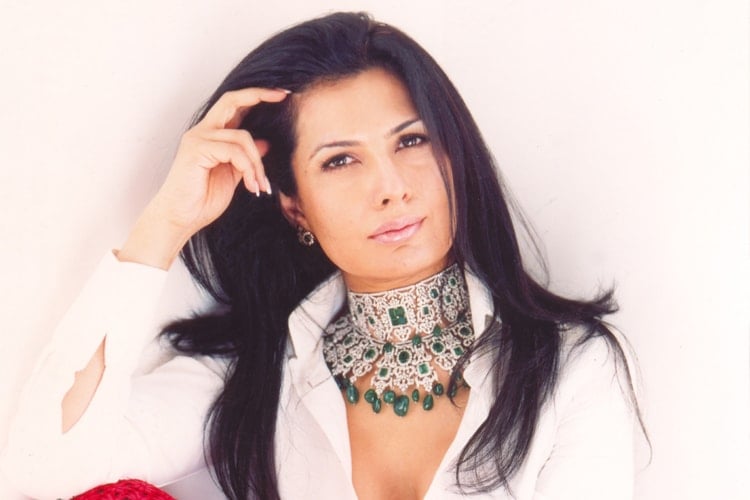 She is often called “Donatella Versace of India” and the “First Lady of fashion” in the country. She has designed for Barbie doll, and has been a consultant to London’s Harrods store, and international brands like Volvo, Swarovski and Honda Motors. She has spent over two decades in the industry. Her supporters claim “she does not live in Fashion… the Fashion breathes in her…”.

She did her schooling from Army Public School, Dhaula Kuan in New Delhi (that’s where I completed my schooling too!). She then went on to study fashion at the National Institute of Fashion Technology, New Delhi. In fact, she was amongt the first batch of NIFT which included only 25 students. ‘Maharanis of India’ was the title of her final collection at NIFT. She says “Back then fashion was not considered a serious business – it was a plaything for a small elite. It was then that I first understood where I was heading…To be a fashion designer!”

It was in December 1990 that she launched her fashion label by the name ‘Lavanya’. In 1998, she went ahead and presented a show in Paris launching her first luxe collection. She also became the first Indian designer to storm the catwalks of Paris. She is a protégé of Francois Lesage, the French embroiderer. She was named by the TIME magazine as ‘The First Lady of Fashion in her country’ and the ‘future International Entrepreneur to watch out for’. She was the First Asian to head a French Fashion house Jean Louis Scherrer and was credited by BBC for her business skills.

To acknowledge her contribution to fashion and design, she was awarded the prestigious French honour, and the Spanish title of The Lady of the Order of Civil Merit. These are the rarest of rare halos.

She is the author of the 5 books: The Designs of A Restless Mind, The Fire of A Restless Mind, Style File, Firefly – A Fairytale (this book is priced at Rs 1 lakh and is published by herself) and 101 Ways to Look Your Best. She is also on the board of Governors at NIFT, and is an honorary patron of the Savera Association (which is a popular charity working in improving the lives of Indian woman).

Who could this fashion-star-and-legend be? 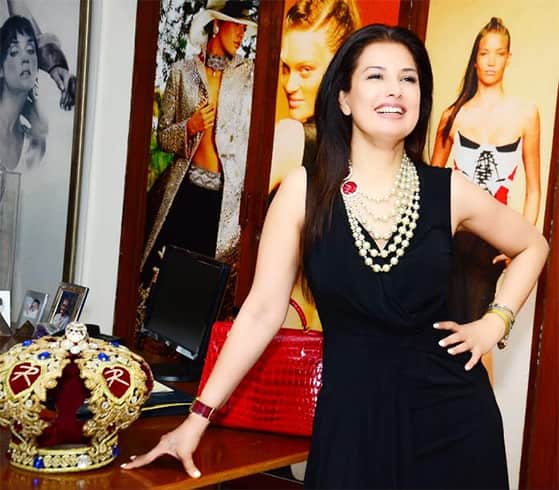 Some bytes from Ritu Beri:

“When I was young, I was inspired by woman icons who lived beyond the here and now. I wished one day, I could do the same.”

“I do believe Paris is my destiny. It was meant for me. Since I was ten, Paris is where I wanted to be.”

How poetic of her?

Now that I have shown you what makes Ritu Beri such an awesome Indian-born-International-face in the business of fashion, how about decoding her work.

Ritu Beri’s dresses – whether it is ritu beri salwar kameez collection, designer suits by ritu beri, designer sarees for wedding, bridal lehenga- ritu beri or Ritu Beri bridal collection, all are known for their opulence, richness and pureness. There is no denying that.

This particular collection titled “Punjabi Rock & Roll” was inspired by the Punjabi culture with influences from all over the world. 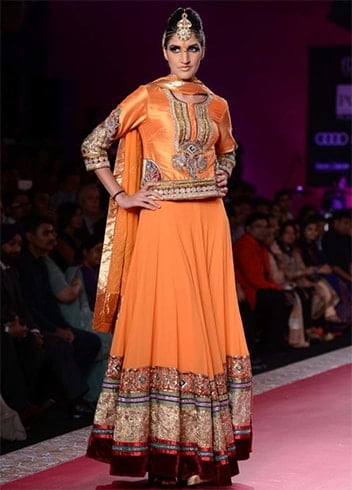 The designer sarees for wedding by Ritu Beri lit up the runways with beautiful designs and festive colours such as red, orange, emerald green, beige, off white, black, maroon, light and dark hues of blue, purple, shades of pink and brown, golden craftworks and glimpses of rich gold colour. 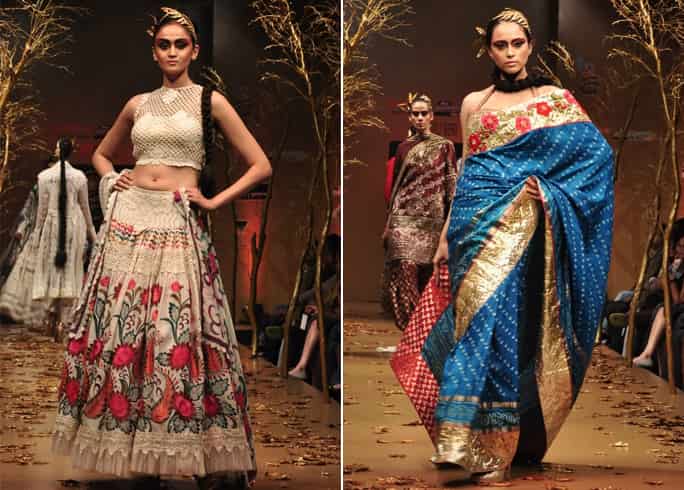 So many ardent fans Ritu Beri has that she has miles to go!

Here are some glimpses of Ritu Beri’s flamboyant designs: 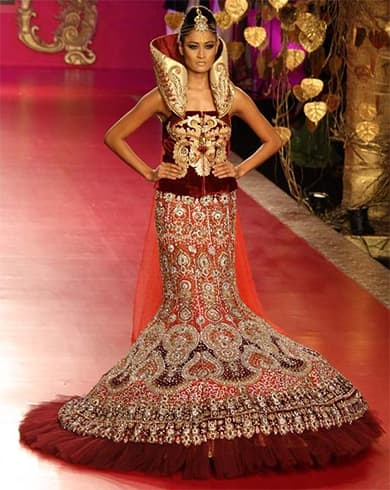 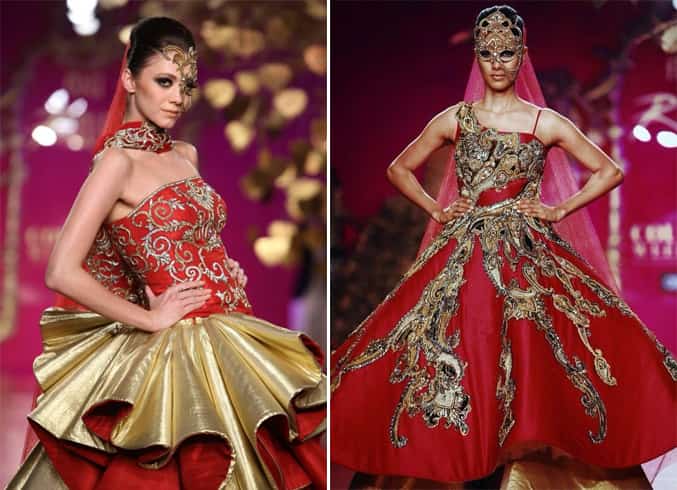 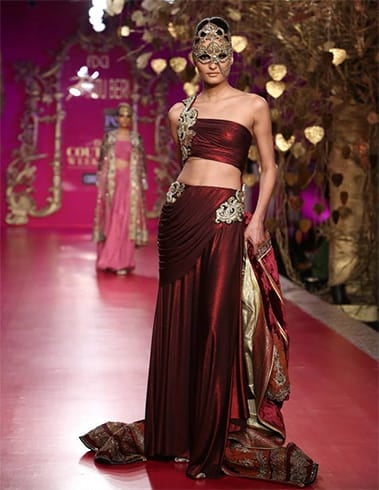 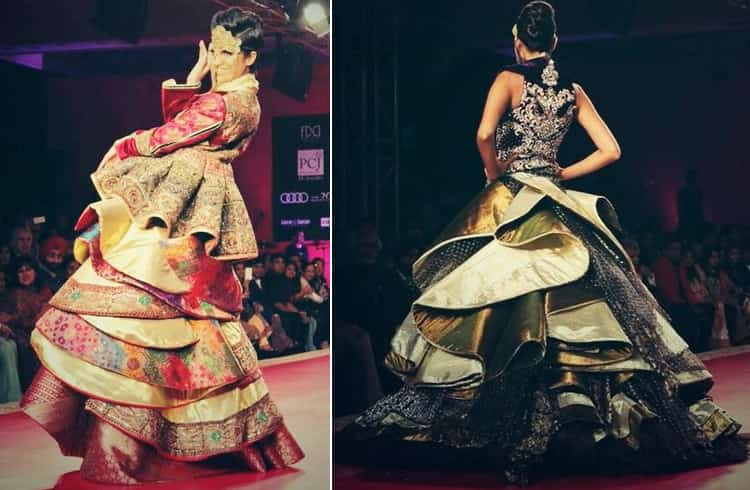 So what’s your pick in the Ritu Beri bridal collection and non-bridal ones? Which of her creations fascinated you and had you drooling?

Write in and tell us in the comments below.

Here’s How To Look Fresh and Dewy All Day Long

How Oversized Belts Have Caught on with Celebrities

Bollywood Fashion Faceoffs Are The Perfect Mix Of Fun And Glamour

Fashionlady - December 5, 2015 0
She is the grande dame of the fashion industry who has grown vintage with time. She is the one who introduced boutique culture in...