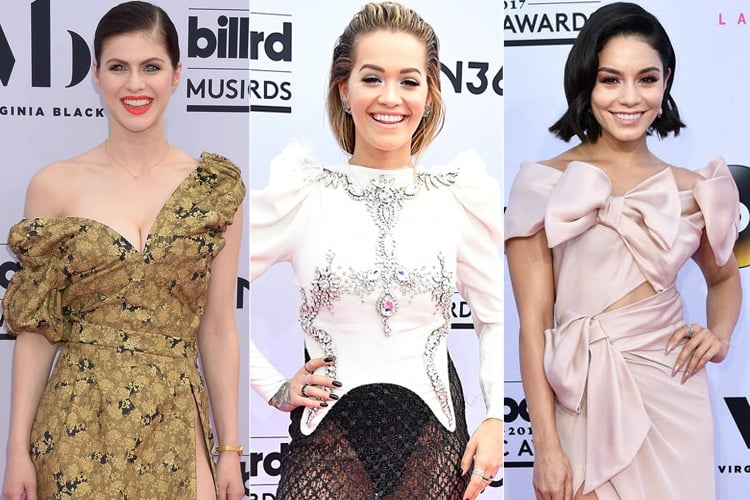 Nicki Minaj opened the Billboard music awards dressed in a black bondage-esque leotard and the internet is already comparing her to Cat woman. The Anaconda singer kicked off the evening with an explosive performance that lasted 9 whole minutes. But for us fashion mongers, the evening had begun with the rolling out of the red carpet.

So what are we even waiting for? Let’s check out the stars – all dressed to the nines!

We are going to start our list with the mention of Her Majesty of the music world, Celine Dion. She arrived like a true royal dressed in a white Stephane Rolland. Despite the deep plunge, the gown sat on the veteran singer’s perfect body like a glove, leaving no scope for a wardrobe malfunction. She also picked a diamond ring from Harry Kotlar – very classy. 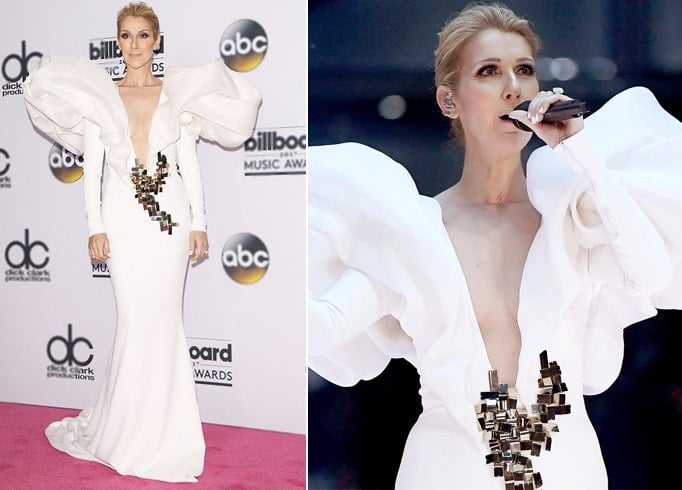 ‘A perfect balance of girly charm and elegance’ is the expression one can use to describe Vanessa’s appearance this evening. The breathtaking Marchesa dress featured multiple strategically placed huge bows and the skirt had a distinctive thigh high slit. The High School Musical actress wore her hypnotic smile as an accessory and we are bewitched. 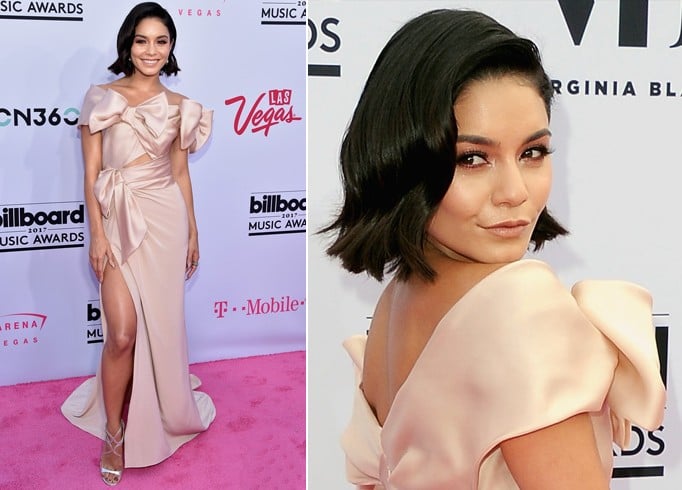 The young artist failed to impress the fashion pundits and gathered quite some flak for her choice of wardrobe at the red carpet. We don’t understand the hate, as from the angle we are looking the ‘Edge of Seventeen’ star looks immaculate. That is one unique and futuristic dress designed by David Koma and Hailee was wise to pick the Casadei shoes. The little accessories by Jacob & co are complementing her look to the T. 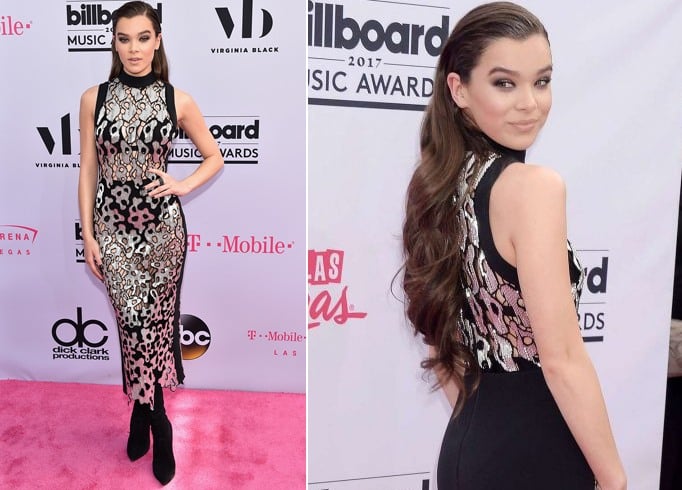 We are totally digging the top half of this attire and still debating our inner thoughts on this British singer’s style as a whole. It gives an illusion of separates with a chain mail skirt, but the monochromatic piece is but a dress by Francesco Scognamiglio. Padded shoulders, we didn’t know, were making a comeback this season. The hair kept simple and sleek was a good decision just like those strappy sandals. 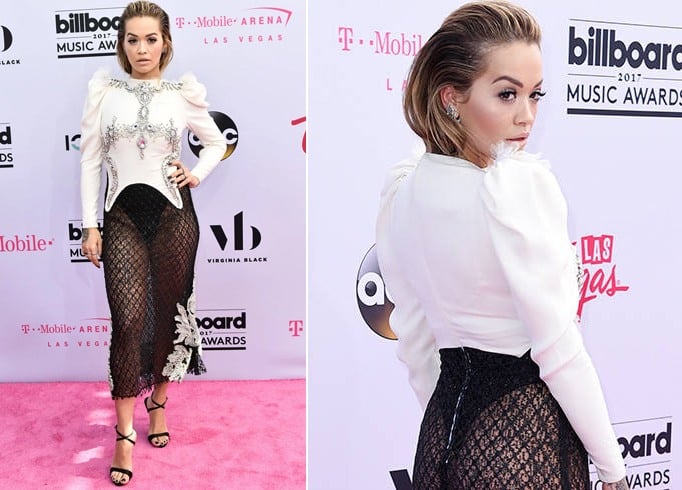 With a top knot and a black slip dress by David Koma, Lea looked quite hot. The paneling of her dress was naughtily placed and the see through to opaque situation was quite a tease. To add a little bling to the simplistic appearance, the singer-actress-author chose Neil Lane Jewelry. 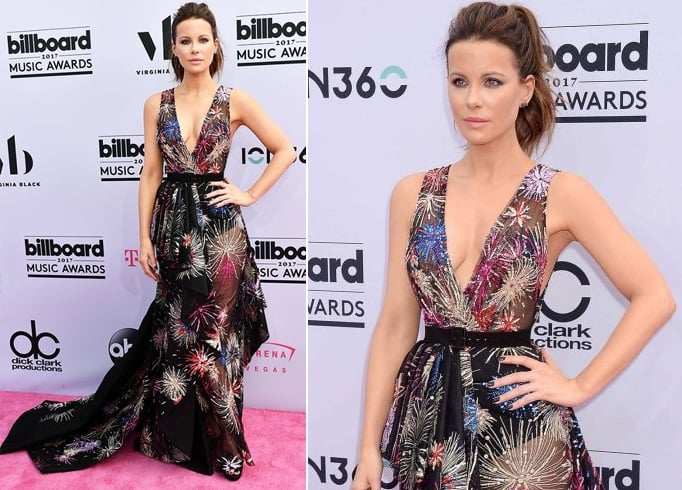 She has become paparazzi’s special interest since breaking out of Fifth Harmony. With her evolving solo career, she leaves no spec of doubt that her fashion sense is on the rise too. At the 2017 Billboard Music award Camila was seen rocking a perky orange Jonathan Simkhai gown. She wore her hair down with bangs to frame her face. To round up the look, Camila settled on La Vian diamond earring that playfully dangled on her ears. Her look invited all the shutterbugs! 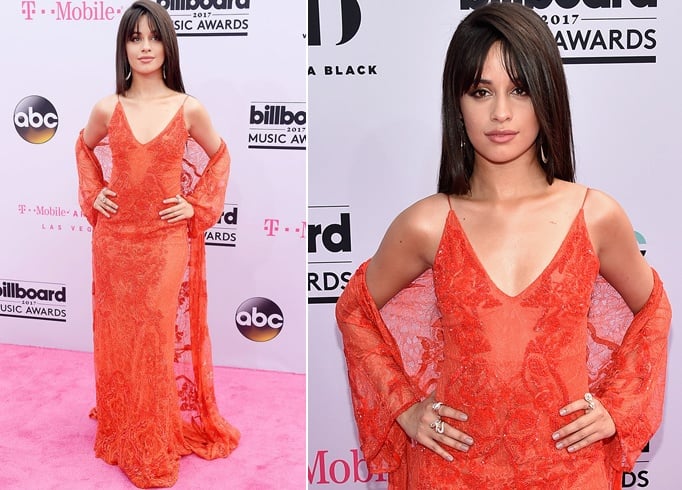 I’d say Baywatch didn’t do justice to Alexandra’s beauty. She looks ravishing in real life, and it became more prominent as the actress showed up at the BBMA 2017 in a striking Vivienne Westwood number. The high slit of the golden dress with its off-the-shoulder detail gave it some major sex appeal. A pop of color on the lips only added to the appeal. 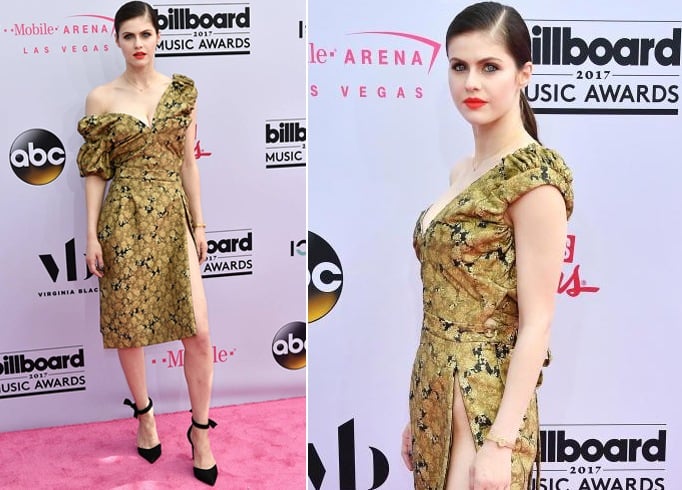 The Friday fiasco is way behind her, and with her new single, The Great Divide, Rebecca has redeemed herself in music. Her fashion sense has also advanced through these years and this 50s inspired look is a manifestation of it. The nautical-inspired throwback look, a shortened hemline completed with a renewed strapless silhouette made for a very racy look and the cameras couldn’t stay far. 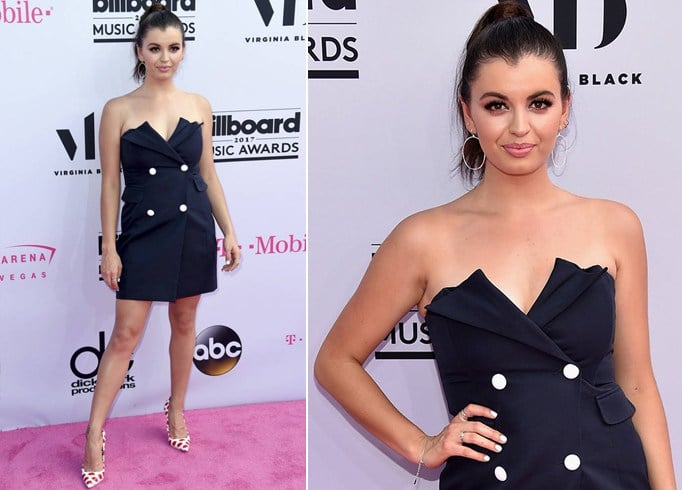 Leave it to this Disney star to get all the glitter required to keep this show sparkling. One could just not take one’s eyes off of Laura’s dazzling tulle skirt covered in sequins of all colors. If you are finally able to look away from that enchanting skirt, do take notice of those block heels with golden details – that needs to go on our must-have list. 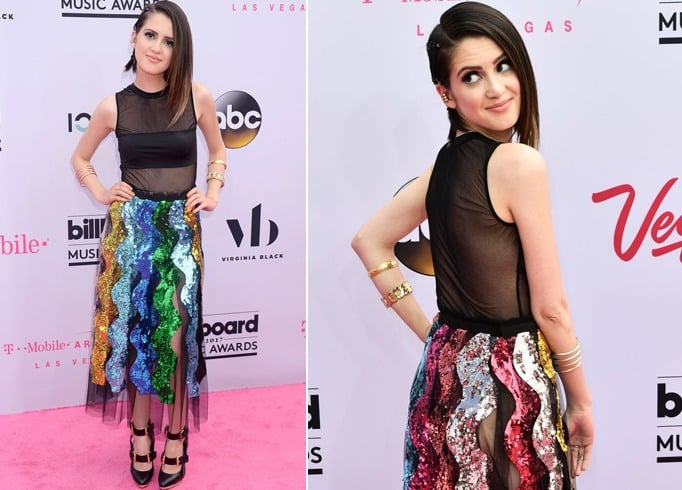 These were our best picks of the most happening event celebrated at T-Mobile Arena in Las Vegas. If only I could sneak into Vanessa’s house and rob that dress off her wardrobe. Do you want to steal any of these amazing gowns too?

Proactive Scrub Brush – To Use Or Not

12 Incredible Health Benefits Of Guduchi That Works For All