By now we all know that every actress, every model, everyone in the industry has brought their best game to the Cannes red carpet and it becomes quite a task to decide who was the best among all. Still we have worked to the extent of our wit and got you the 15 best dressed celebs straight from the Cannes day 8.

We had all given in that the modeling world can’t have better than the Kendall-Gigi duo, and had somehow discounted Bella Hadid who is all the little sister of Gigi. But dressed in this shouldering Alexandre Vauthier number, she proved all of us wrong. The slinky satin dress in red was certainly a risqué attempt that left little to the imagination. 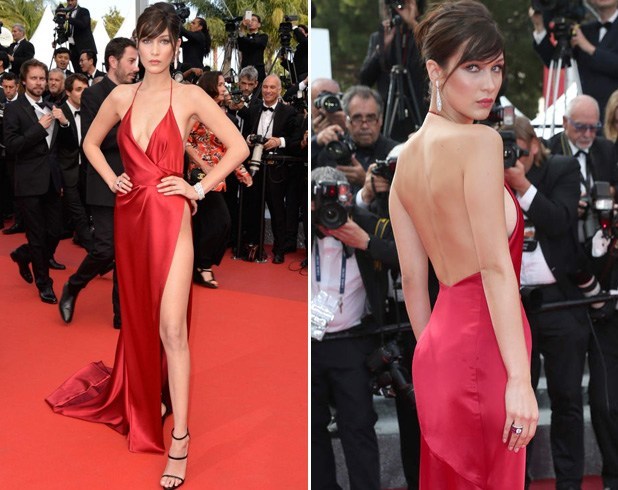 Rosie walked judgmental on the red carpet looking unquestionably flawless in her red Alexandre Vauthier couture. There were perhaps a million ruffles and pleats on her halter neck dress and each one was well placed. Dame proved to a master in twirling and sashaying the red carpet down when she made an appearance in blue and black lacy gown. Her confident and radiant smile echoed that not only is she a legend but her metals don’t compare to anyone. In the sea of A listing actors, British model Jourdan Dunn stood out looking all princess-esque in her Ralph & Russo gown. The embroidered dress was priceless with its flared skirt and extended trail. 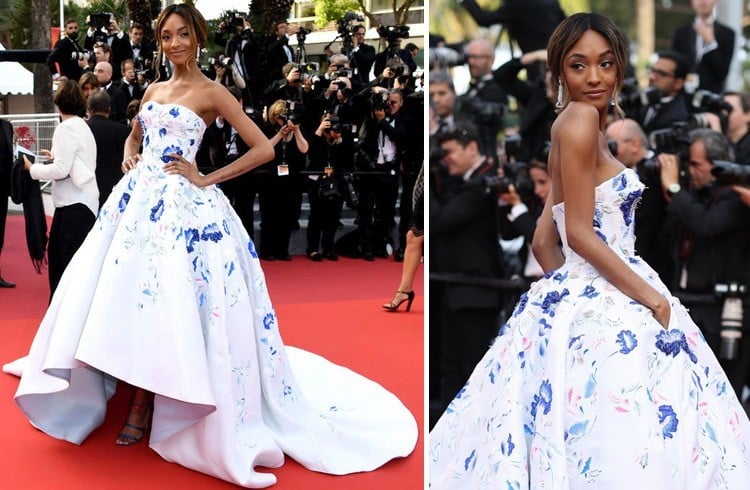 Now we really need to invest a moment in staring at this incredibly sexy Michael Kors dress Alessandra wore at the premiere of ‘The Unknown Girl’ on the 8th day of the Cannes Film Festival 2016. This takes scandalous to a whole new level. Do you see that the entire ensemble is just an arrangement of fabrics joined by embellished rings? 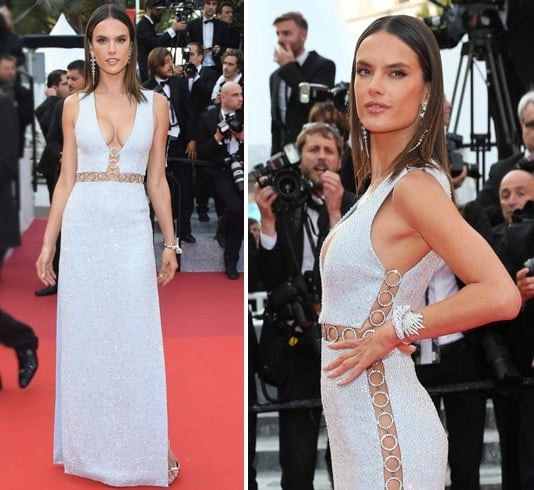 Catrinel was a view for the sight seeking divinity. Her nude Luisa Beccaria dress was made up of layers and layers of sheer material piled up to gain opacity. The lacy bust that gave way to embroidered red and purple floral indulgence was nothing beneath royal. 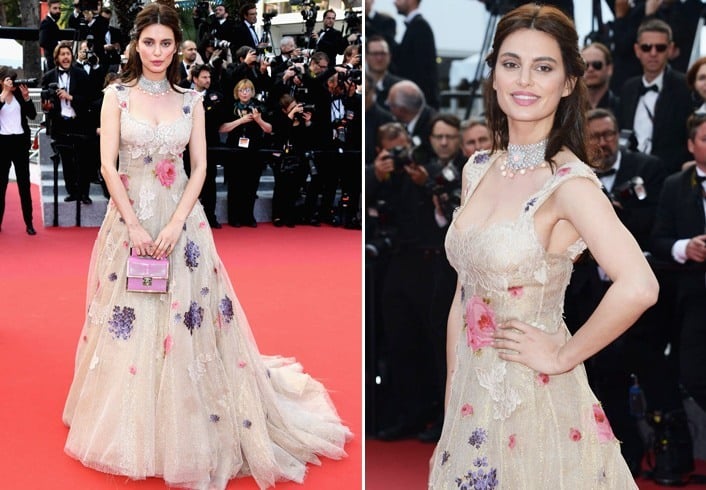 The Chinese fashion model didn’t lose out on the gorgeous battle either. She was striking her in her floral Giambattista Valli Couture dress. The unpredictably modern silhouette was a fresh change and the tantalizing Boucheron necklace only added more to the glamor quotient. 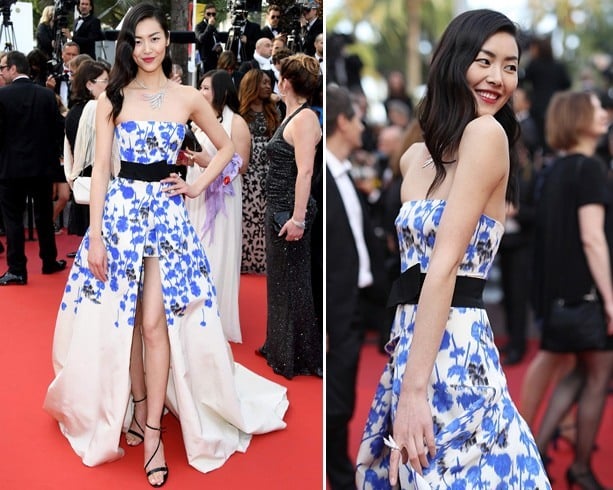 We were always sure that green velvet would fail miserably on the red carpet. But we were corrected by Liya who demonstrated how one could stun the onlookers in green on red draped in a sensuous Haider Ackermann creation. Are we happily mortified or what. 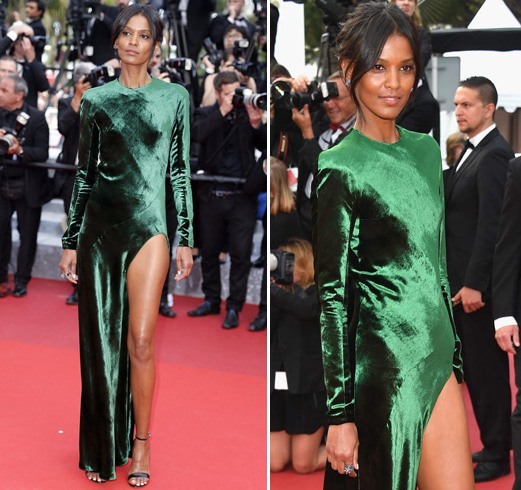 The heat emitted by actress’s Versace gown could have dried up the entire reverie flowing by. The sheer black gown was not only remarkable for the full leg slit but also for the haywire pattern throughout the dress. 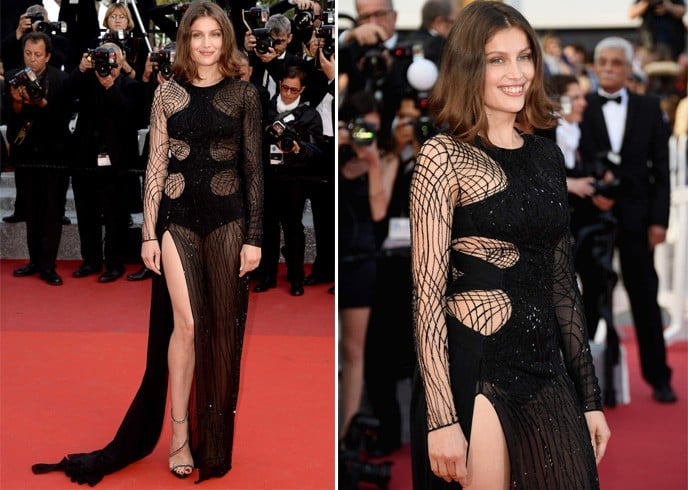 We need to give some serious props to Ana for raving this Ralph & Russo creation. Of course the single shoulder gown was a work of marvel, but given that Blake Lively was seen sporting something similar a few days ago, it needed killer confidence for someone to re do it. 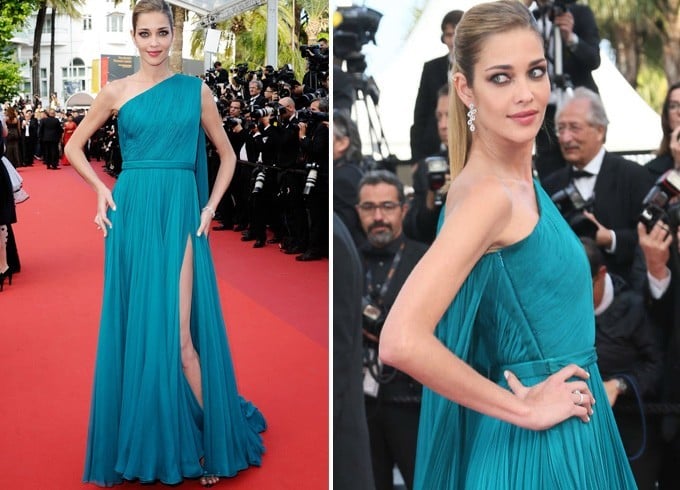 Ming was seen posing in a white gown with intricate silver enhancements by Zuhair Murad. The single shoulder creation with a never-ending slit made the tender Chinese model look sleek and stylish. She had stepped onto the red carpet in her Dior orange and nude gown with the sole aim to kill. The skirt of the gown started with a bunch of minute ruffles that gave way to a sheer straight cut extension. The nude bodice of the gown was one of its kind. 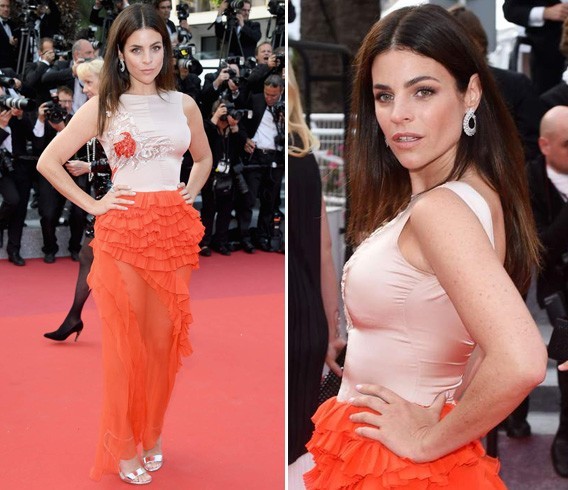 Another model who walked in to slay was Brazilian beauty Isabeli. Her black Brandon Maxwell gown in the darkest shade of black was a merciless killer on the red carpet. Can we even blame someone with those looks?

[Also Read: Day 5 Of Cannes Saw Some Experimentation In Fashion] 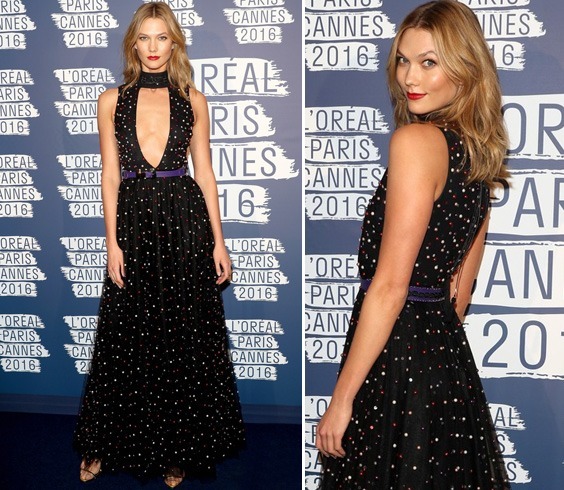 Even the most risqué and scandalous gowns were at the divas we so look up to slipped into them. Do you already have a favorite? By the way we just have two more days remaining. Stay tuned guys!

Go Wild And Crazy With These Animal Tattoos