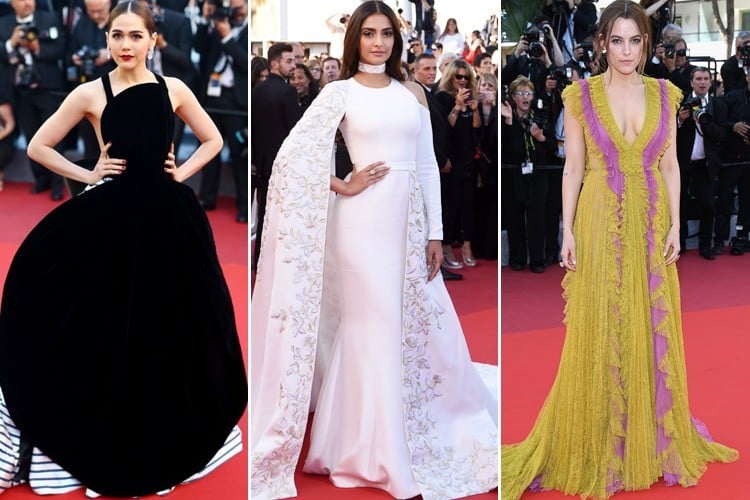 Yes people, the festival is still going on and the festivities are to die for, whoever said it was a film festival was wrong, The Cannes Film Festival have lived through the age as a celebration of fashion. Nothing has changed this year and the carnival continues. As the fashion parade progresses let’s check out the best dressed celebs at the fifth day of Cannes.

The Bollywood actress literally divided the word into two halves – one that likes her lavender lips on the red carpet this evening the other who nearly fainted at the sight. The hype was so much, the onlookers almost ignored the amazing Rami Kadi couture gown the ex-miss world was rocking. The delicately embellished off shoulder gown in a soft pink hue deserved a lot of that attention consumed up by the purple lipstick. Sonam Kapoor succeeded is making quite a stir at this year’s Cannes. Her white, custom Ralph and Russo gown, featuring shoulder cut-outs and a dramatically embroidered train had a goddess-like vibe about it. The actress from India needed a whole entourage on the carpet to straighten things up for her. The look was complete with soft lips, gold and black eye makeup and the go-t0-accessory – the choker. 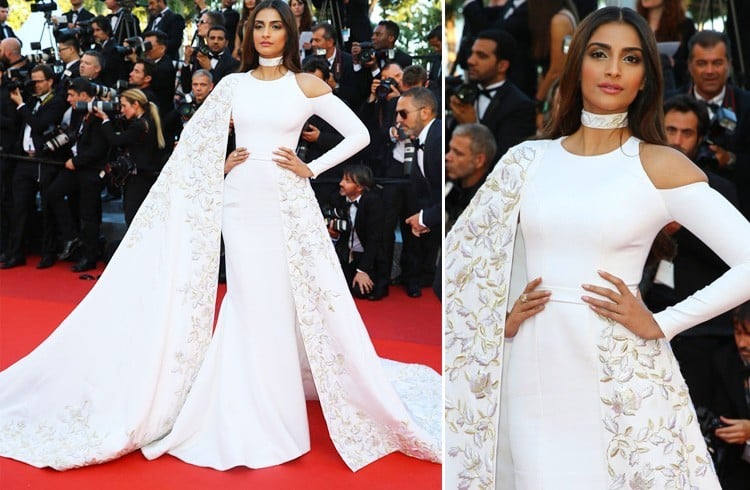 Opting for the risqué is a Kardashian-Jenner way of life, anything deviating from it is not the norm. Kendall Jenner was a living proof of it this evening when she owned the red carpet in her sheer Cavalli Couture gown. The hair stylist did a commendable job by slicking her tresses back, so the Chopard chandelier earrings could hog the limelight. The multi-talented French actress-cum-songstress was elegantly dressed in a shimmering silk and lame Dior Haute Couture column dress in gold. The cut of the dress was simple from the front until one took a note of the thigh high slit and the bare back. She kept the look conservative with wine-coloured lips and hair pulled back in a bun. 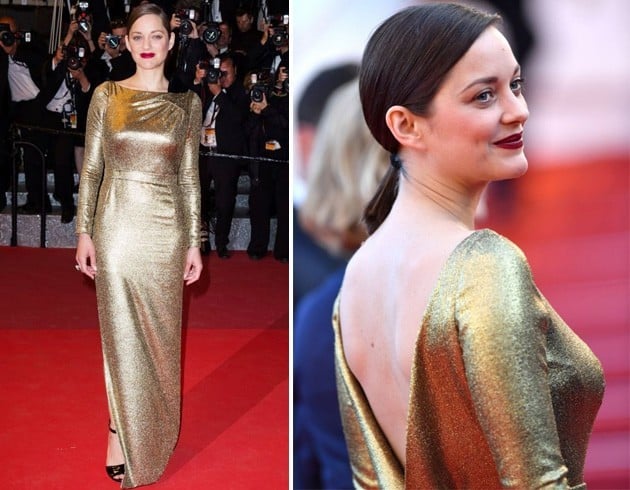 At the premier of ‘A Nice Guy’, the evening witnessed the actress in a shimmering red gown by Rubin Singer. Plissé Lamé V-neck Gown in ruby red that made the 59 year old look flawless is from the Resort 2016 Collection by the designer. Geena maintained the simplicity of the look by minimizing accessories to just a chandelier earring. 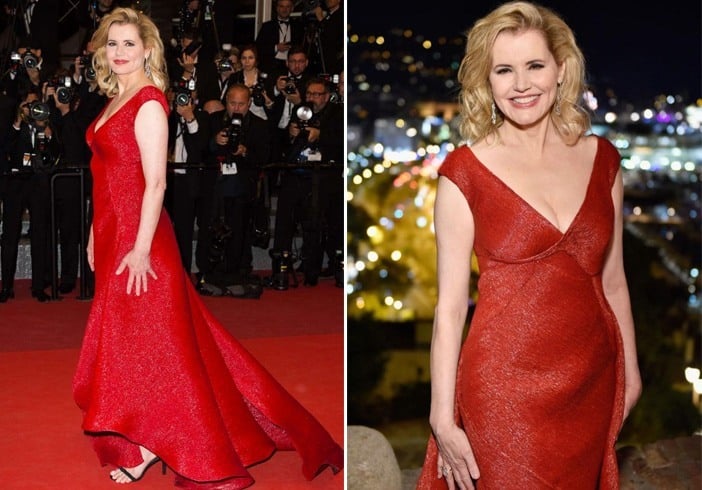 Another model-singer-actress from the host country, Vanessa was channeling the Parisian chic vibe in her frilly number. The polka dotted dress by Elie Saab that covered some thoughtfully paced cut outs with lace sat perfectly on her slender figure. And we are totally loving the beach waves she is wearing with some helluva smokey eyes. 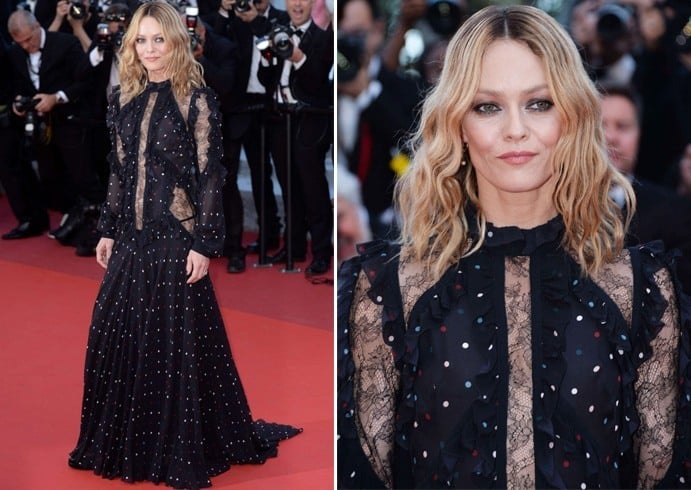 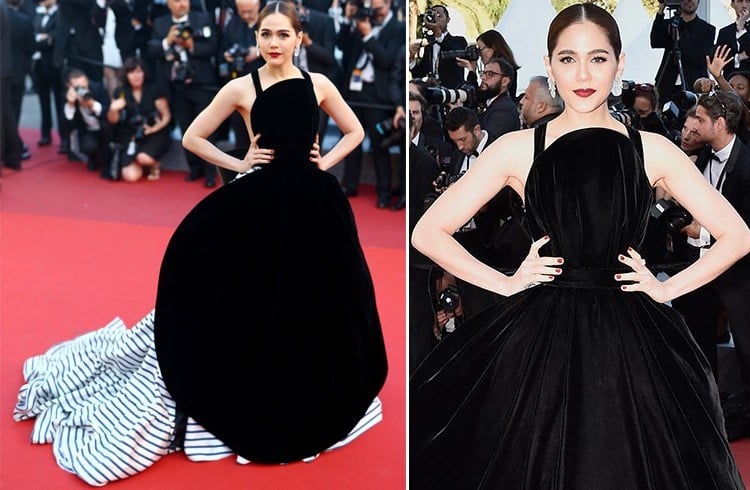 The English singer made her striking presence felt at the premier of American Honey on the fifth day of the French film festival looking pretty in pink. Her floor length gown by Dsquared2 boasted a deep sweetheart neckline that secured the gown with halter neck straps. The wild curls worked for her too. Still very green to the show biz, actress Riley Keough was looking quite a pared-back bohemian princess in the yellow and purple ruffled Gucci gown she picked for her appearance at the Cannes. She kept her make up simple, or almost negligible and yet managed to look charming for the eyes. 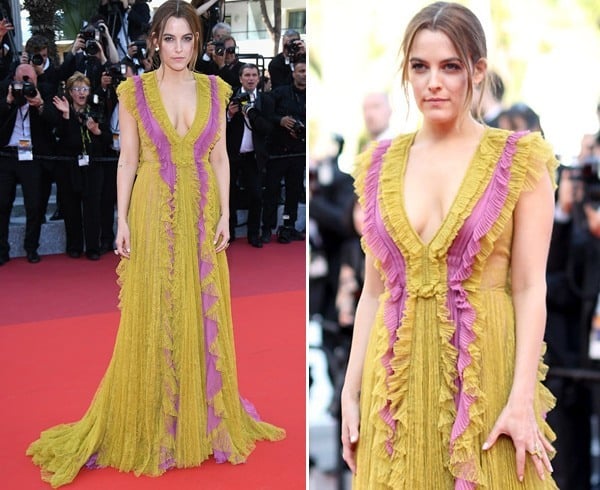 We are half way through the festival known to be the greatest celebration of fashion displayed by the biggest celebrities from all over the world. We are still left with five more days, let’s hold our breath and wait for more fashion revelations.

Know Which Foods Are The Best And Worst For Digestion

The Gateway Of The East: Traditional Assamese Jewellery Design

Bollywood Actresses Were All Gorgeous At The 61st Filmfare Awards This...

Fashionlady - January 18, 2016 0
61st star studded award show presented by Filmfare was everything anyone bothered about this weekend. Being one of the most prestigious award nights of...