It hurts like hell to see those red rashes on your baby’s soft bums. Well, diaper rash is becoming a common affair with bonnie babies. And there are many reasons for it – leaving dirty and wet diapers on for a very long time, allergic reaction sometimes to a particular brand of diaper, bacterial infection as a result of the diaper rubbing against the skin.

Moreover, the newborn’s skin is very delicate. Which is why, it is prone to developing rashes in the first 3 months. Once this period gets over, the frequency of rashes declines. Though there are home remedies available to fight nappy rash, the best option which is of considerable value is a diaper rash cream.

In this blog, I will share with you a near-extensive list of nappy rash cream, baby rash cream and best diaper rash cream – both Indian and imported.

This should help you take a wise decision.

No need to fear. Zinc Oxide is an active ingredient in most diaper creams. It acts as a suitable barrier on the baby skin, which repels the wetness that causes diaper rash. It is the % age of Zinc Oxide in a diaper rash cream which determines its efficacy. So, its a good thing.

Read on to find out the trusted nappy rash cream which can happily say goodbye to your baby’s skin woes.

The brand Desitin has two types of nappy rash creams – Desitin Rapid Relief Nappy Cream and Desitin Maximum Strength Nappy cream. The core difference between these two diaper rash creams lies in the percentage of ‘Zinc oxide’ contained in each. The Desitin Rapid Relief has 13% Zinc oxide whereas Desitin Maximum Strength has 40%. As for other claims, this best diaper rash cream is hypoallergenic, paediatrician-tested, free from fragrances, parabens and dyes. It’s also said to bring relief for up to 90% of diaper rashes within 12 hours of application time.

Any opinions about this diaper rash cream? Some say it is way too thick and difficult to clean. That is because of the Zinc Oxide in it – the main ingredient which helps heal the rash. Otherwise, there are hardly any negative reviews about this diaper-rash healer. Wanna know the best part about this brand of diaper rash creams? It has 35% oil which helps to hydrate and soothe the irritated skin of your baby’s bums. It also has a pH of 5.5 protecting the skin from harmful bacteria and moisture loss. High pricing is the only reason of complaint of this nappy rash cream, not due to the product.

Palmer’s Bottom Butter is a Cocoa Butter Formula which has the choicest of ingredients – cocoa butter, Shea butter, Vitamin E, lavender oil, chamomile, Aloe Vera and Petrolatum (this one is an active ingredient which protects the skin and puts up a barrier against wetness). Yes, this diaper rash cream is free of sulphate, paraben and phthalate. One better thing about Palmer’s Bottom Butter is that it has garnered fairly positive reviews.

This is the best diaper rash cream considering it delivers results at economical prices. The key ingredients of this nappy rash cream include Almond oil, Aloe Vera, Natural Zinc and Five-Leaved Chaste tree. Healing of the diaper rashes is facilitated by the anti-inflammatory and anti-bacterial properties of these ingredients. And then there is Zinc – a promising barrier against wetness. The positive reviews of this diaper rash cream outnumbered the negative reviews of this brand. This baby rash cream is effective for mild rashes, not for severe ones.

This is a multi-faceted cream – it not only heals diaper rash, it also tackles skin ailments like acne, eczema, cuts, grazes and minor burns. Zinc oxide is a major ingredient besides hypoallergenic lanolin and benzyl alcohol (which have antiseptic and anesthetic properties). The combined effect of all these ingredients helps minimise the baby’s discomfort from painful rashes. Make sure you buy it from reliable vendors or drugstores as there are number of complaints doing the rounds about fake Sudocrem being sold online. 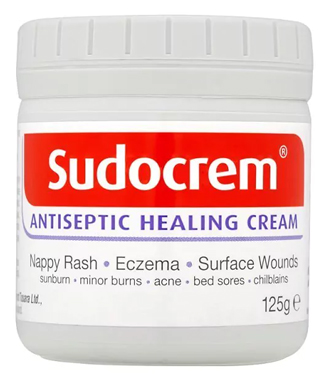 This baby rash cream has zinc oxide, organic calendula, vitamin B5 and vitamin E. It is free of parabens, colorants and mineral oils which make it hypoallergenic. According to reviews, the diaper rash cream Cetaphil is good for preventing skin rashes and healing minor ones.

This diaper rash cream has 40% of Zinc oxide plus the goodness of almond oil, Shea butter, Aloe Vera, butter milk, coconut oil and sunflower oil. In short, Burt’s Bees Baby Bee Diaper Ointment protects the baby bottom skin from wetness and also moisturizes the skin and heals it. On the chemical-side, it is free from parabens, phthalates, petrolatum, SLS and formaldehyde-releasing preservatives. Bottomline – your baby’s soft skin gets nothing but complete pampering and safety.

This nappy rash cream claims to bring relief from diaper rashes within 6 hours of application time. Petrolatum is its active ingredient which protects the skin. There are some inactive ingredients too such as Mineral Oil, Ceresin, Lanolin Alcohol, Panthenol, Glycerin and Bisabolol which make it suitable for sensitive skins. Many users are of the belief that Aquaphor Healing Ointment has been able to heal many harsh diaper rashes when other brands failed. This ointment is also suitable for minor cuts, scratches and dryness. 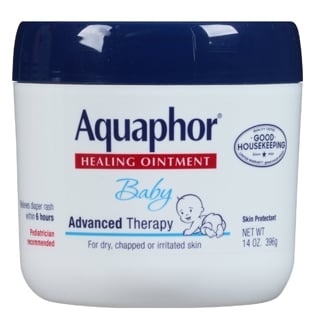 The Bourdreaux Butt paste has 40% zinc oxide to treat severe diaper rash. Some of the inactive ingredients include Castor oil, Mineral oil, Paraffin, Peruvian balsam and Petrolatum. Highly recommended nappy rash cream it is amongst pediatricians and mid-wives.

Finally, a word of advice – Do not consider this article on nappy rash cream as final. After all, you and your pediatrician know what is best for your child.

Hope you liked this piece.

Write in and tell us about your favourite nappy rash cream.

17 Best Skin Care Products Of 2021 That Are Life-Changing

Choose the Best Organic and Natural Skincare Products in 2021

White Eyeliner Is The New Trend That Is Glamming Celebrities

Cupping Therapy Benefits You Should Know