The White House may have got another First Lady but not as stylish as Michelle Obama. Yes, I know Melania Trump is a former model and a jewelry designer and is everything related to fashion and style, but no one stands as a magnificent amalgamation of class and fashion like Michelle Obama. No? Just check out her best fashion moments throughout the years as FLOTUS. The then first lady’s Oscar de La Renta dress became a huge hit after she visited Windsor Castle to wish the Queen on her 90th birthday. The purple dress with its intricate lace overlay appealed to the eyes of fashion gurus across the globe. She also knew how to accessorize her outfits alike and carried a black clutch with matching pumps to the castle. The designer has always been a favored one among stars in the entertainment world but when the former FLOTUS chose to wear one of her creations, she certainly needed to notch up her game. The sweeping entrance of Michelle at the Nordic State Dinner in a spectacular blush-hued gown with an off-the-shoulder cut out accentuated her toned arms. We totally loved it. Obama was spotted during the National Medal for Museum and Library Service award presentation in a silk white and blue striped top that she paired with a matching crepe skirt in black at the White House. The ensemble was a stunning piece by Narciso Rodriguez. During the United State of Women Summit, keeping up with her alacrity for tasteful clothing, Mrs. Obama took to the stage looking every bit elegant in a multi-colored lace dress. The outfit by Boss, with its geometric pattern gained more shine as the former First Lady wore her famous smile. Mrs. Obama was a vision to watch as she arrived into Ezeiza, Argentina dressed in a purple hued number by Narciso Rodriguez. The feature of the dress that attracted every photographer’s focus was the orange graphic detailing. 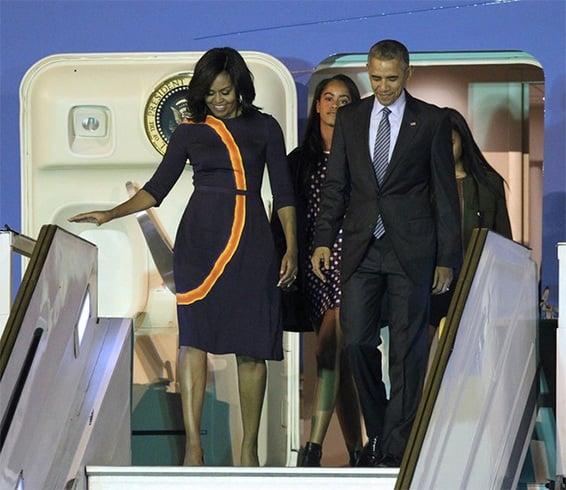 The designer made entry into Obama’s closet once again while she wore a beautiful full sleeved black dress featuring elaborately embroidered floral patterns at the Palace of the Revolution in Havana, for a state dinner. 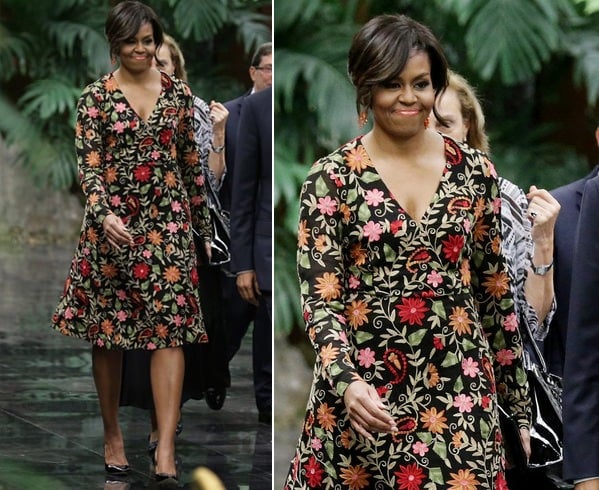 Michelle Obama walked with absolute radiance in a Jason Wu gown during a White House State Dinner. The custom strapless dress in the shade of midnight blue showcased decorative floral pattern on jacquard fabric but what stood out was the asymmetrical draping of the garment. 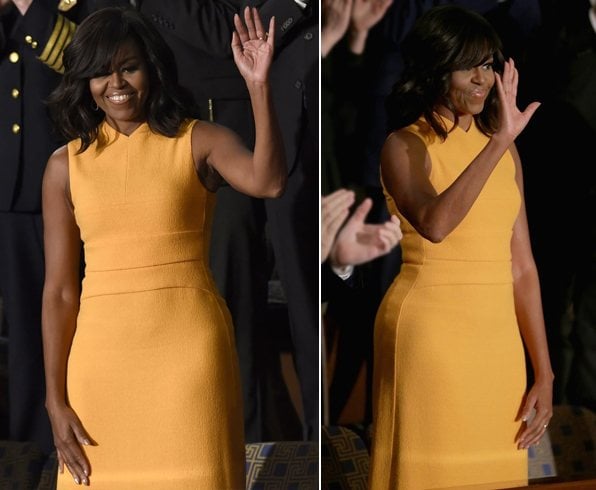 It was a wise decision on Michelle’s part to stun the guests at the China State Dinner held at the White House to opt for this off-the-shoulder number by Vera Wang. Not only the peek-a-boo cleavage but also the remarkable mermaid hem was a welcomed change from the more conventional designs the former First Lady had been seen in. 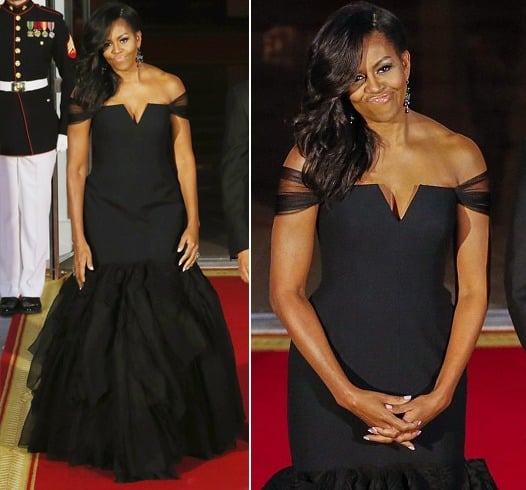 No other piece could have been better than the ice blue cowl length creation by Carolina Herrera that fell at the knee of Mrs. Obama, she wore to greet Pope Francis. The subtle accentuation of a matching slim belt was certainly a smart choice. The former FLOTUS had wowed us once again at the 37th Annual Kennedy Center Honors in an embroidered column gown by Monique Lhuillier in the softest shade of blush. She was spectacular in the dress that boasted of a sheer tulle skirt with a beaded underlay and sophisticated sweetheart neckline. Celebration of the 50th anniversary of Dr. Martin Luther King was yet another central event and Michelle Obama had picked this flared Tracy Reese frock dotted with scarlet flower detailing all over. Designer Tracy Reese rightfully claims to have done a great job dressing up the former First Lady. 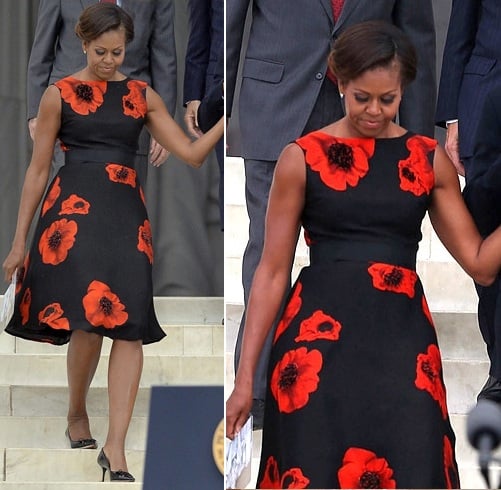 She has been spotted wearing the choicest of outfits in the past terms, and we are all a fan of her style. Lets all agree, we are going to miss this wonderful lady and her immaculate poise and elegance.

Style Diaries – A Look At Top 10 Tollywood Actresses Who...

Celebrate Juhi Chawla’s Birthday By Going Through Her Style Files!

Fashionlady - May 3, 2015 2
This Gen-Next Designer is someone who neatly conjures up visions of clothes that are tailor-made for free-spirited, feisty, fashionable, and forward-looking woman. Her rise...