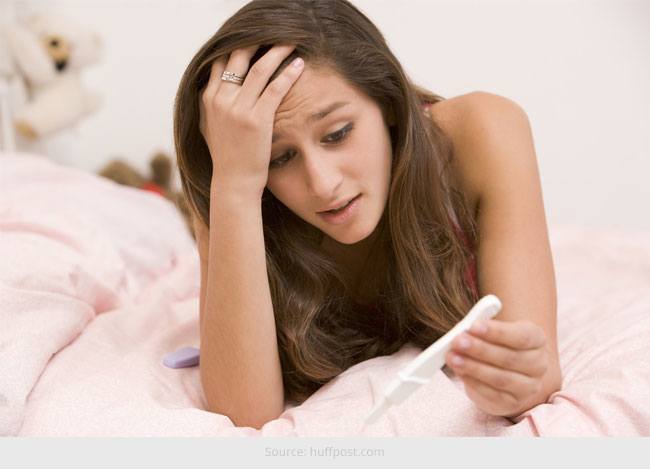 I believe it’s time for us to break the silence and deal with a very sensitive topic – teen pregnancy. As much as we’d love to not talk about it and pretend that is not an issue, the fact remains that it is more of an issue than it was a decade back. Teenagers and adolescents today are being bombarded with sexually explicit content in every form of media they come across, right from magazines and other publications to the internet and television. More often than not sex is portrayed as a fun pastime rather than an act of passion that requires maturity and mutual respect between both parties.

Here’s what parents of teenage girls and boys need to do to prevent teen pregnancy. Unlike the popular notion that it’s only the teen girls who need to be educated about teen pregnancy and its complications, realize that it takes two to tango. So, talking to your teen boy and ensuring he realizes his actions have consequences, will help in ensuring that we do not bring up our kids in a world where the girl or the woman is expected to be the epitome of purity while the boys and men are allowed to run loose with a dismissive “boys will be boys” attitude.

Sit Down for the Talk

Make this a priority. When your child hits puberty, sit him or her down and have the sex talk. Many parents fear that opening lines of communication about sex will send the wrong idea to their kid. But not really; if you do it right then your child will not only be better informed about sex but he/she will also know that they can come to you to talk about any problems or issues regarding sex that they might face.

Instead of just lecturing your kid about why they should abstain from sex, try to make a list of consequences and complications that will arise as a result of teen pregnancy. Make it an interactive session where both you and your teenager make a list of all the potential pitfalls of teen pregnancy. This will help them realize the weight of the situation and make them more responsible and less inclined to indulge in any rash behavior.

Teen years are a time of much self-doubt; it is a time when your kid goes through biological changes and experiences a lot of insecurity and feels a need to fit in with their peers. Peer pressure and low self-esteem could act as triggers, pushing teenagers to indulge in sexual activities in a desperate attempt to gain some sort of validity from another human being. So talk to your teenager about how great he or she is. Even if they are not doing great academically, find things that they are good at and praise them for it. Letting them know they are appreciated and valued will help boost their self-confidence and make them stronger individuals.

If you have a teen daughter, teach her to respect her body. Her body is hers alone and no one has the right to coax her into doing anything that she is not comfortable with.

Finally, don’t scare your kid. Teenagers are not as gullible as you might think. So instead of trying to scare them about sex and risk losing their trust, just be honest and open with them. Talk to them about their future and all that they have to look forward to in life. Encourage them to set short-term and long-term goals. When they have something to aspire to and supportive parents to back them, teenagers are much less likely to experiment with unsafe and irrational acts of a sexual nature.

Half Admiration, Other Half Adulation: Make A Style Statement With Designer...

15 Ways to Give a New Look to Your Old Denims

Hair And Skincare Tips For Swimmers!

Must Read – Natural Cures for Fibroids

Fashionlady - January 25, 2015 0
What are Fibroids? Also known as Myomas, Fibroids are benign (non-cancerous) tumors found in the uterus. Fibroids can be found inside or outside the...