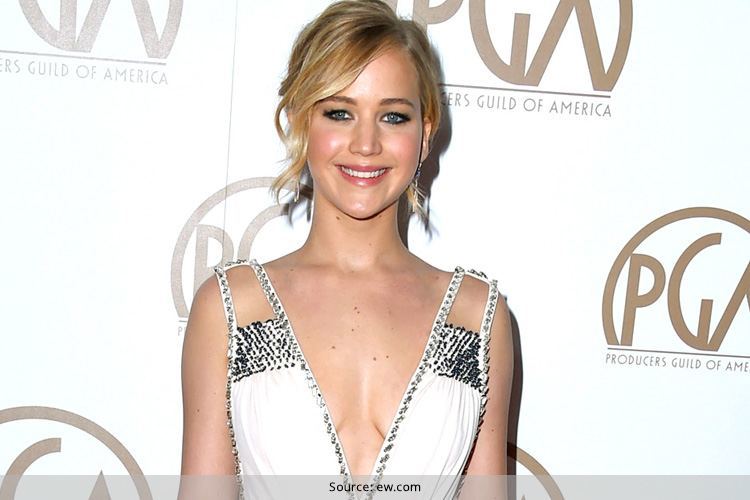 She is honest, she is brutal and she just killed it with her recent essay in Lena Dunham’s newsletter Lenny about the gender pay inequality in Hollywood. You would think why such a super star would be concerned about such a thing, after all, she does get paid in millions, but after reading her essay you would know how difficult it is for a woman to survive among men in a place like Hollywood. Women too are working equally hard as their male counterparts but isn’t it unfair that it is only the men who get more moolah?

Her moving and eye-opening essay got her some real bad criticism, but J Law as we know her, is never scared to speak her mind and she did just that with her essay.

Lawrence starts off her essay by talking about the Sony hack- a breach that unraveled the paychecks of many Hollywood big wigs. She saw in those papers that she had earned significantly less than all her male co-stars Jeremy Renner, Christian Bale and Bradley Cooper in the movie American Hustle. She goes on to say that she wasn’t actually mad at the studio. Instead she wrote, “I got mad at myself because I failed as a negotiator and because I gave up early.”

The Sony had revealed that for American Hustle, Lawrence and her co-star Amy Adams got less box office profits than Bradley Cooper and Christian Bale, the two male actors in the film. The Daily Beast reported that Lawrence and Adams got 7% of the movie’s box-office profits, while Cooper and Bale each got 9%.

The Hunger Games star said that maybe this was because she did not want to come across as too demanding or patronizing. She wanted to be liked by everyone, even if it meant several sacrifices from her end. She said this was probably because of the unseen gender conditioning that all working women have been going through since a long time.

Lawrence goes on to say that probably working women all around the world were facing the same issues. She asks the burning question, “Are women socially conditioned to behave like that”?

This put a lot of people into thinking and raised several questions about why this was happening in a place like Hollywood!

Jennifer Lawrence adds a few more though-provoking lines: “This could be a young-person thing,” she writes. “It could be a personality thing. I’m sure it’s both. But this is an element of my personality that I’ve been working against for years, and based on the statistics, I don’t think I’m the only woman with this issue … Could there still be a lingering habit of trying to express our opinions in a certain way that doesn’t ‘offend’ or ‘scare’ men?”

Lawrence also adds the hard truth by saying that, “It’s hard for me to speak about my experience as a working woman because I can safely say my problems aren’t exactly relatable.”

J Law, as most of Hollywood and her fans call her, is brutally honest in her essay and genuinely wonders why a kind of misogyny exists in a society which is well known for supporting so many things. With her extremely touching essay, Lawrence (BTW, she is also one of the highest paid actresses in Hollywood in 2015) joins a host of other brilliant female actresses (Meryl Streep, Cate Blanchett and Emma Thompson) who have all spoken about this disparity.

J Law is often known to speak her mind and sometimes she peppers it with a generous dose of her anger. But this article in particular has helped women around the world collectively question why such a gap and disparity still exists!

Who Said Only Celebs Can Wear Oscar de la Renta