It is a very important amino acid required by the body, but it is not produced by our bodies. This is why, we need to consume lysine foods or supplements of it, which bring in the right amounts of lysine into the bodies. Apart from helping stimulate more collagen, lysine also helps the body absorb calcium too. 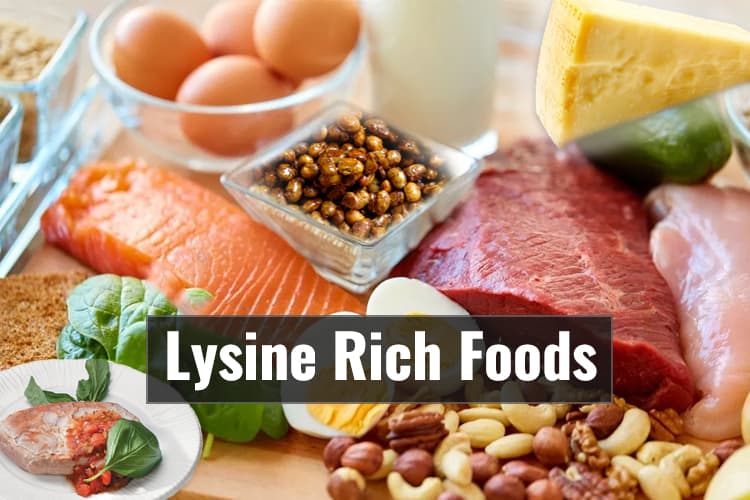 Lysine also helps one stay clear from cold sores and treats it too, say experts. One can consume lysine or can also use it topically, to help combat inflammation and cold sores. In addition to that, lysine is known to bring down anxiety pangs in men and women as well.

While we tell you to consume lysine foods, you should also know how much to consume and this is important, since it has side effects. Lysine is mostly safe and can easily be ingested, but there are side effects, such as bloating and stomach upsets, diarrhea and constipation as well.

Experts say if you are lactating or are pregnant, it is wise to be safe and away from lysine foods.

There are studies that show lysine can be linked to kidney diseases and issues too. There are cases where the kidney symptoms worsened when lysine was consumed. This is why it is very important for you to check with your dietician or your doctor to ascertain if you can consume lysine foods.

With that being said, we now have given you a gist of what lysine is and the side effects it can have. Now let’s take a look at the 10 best lysine rich foods, shall we? Here is a list of foods that contain lysine, or foods with natural sources of lysine

White beans are used abundantly across various nations and cultures to prepare various types of foods. White beans are known to be rich in essential amino acids, and one of them being lysine.

Everyone loves an egg or two for breakfast, and it is one of the most favorite proteins to have. The world over, eggs are consumed in various forms. They say, consuming raw eggs after your workout is the best thing to do. It is rich in proteins for sure, and has plenty of lysine in it.

In many European and western nations, you would find cooked pork being a delicacy and is enjoyed widely. It has a lot of animal protein in it, and plenty of very essential amino acids too, and a very high level of lysine as well.

If you love seafood, you are in for a treat. Seafoods such as lobsters and prawns, crabs and shrimp are very high in protein, and essential amino acids. Cooked versions of shrimp are known to be very high in lysine too.

If you are looking for fruit based proteins and essential amino acids, you then have to try munching on pumpkin seeds. Pumpkin seeds are also a rich powerhouse of lysine.

A very nutritious food that should be on your plate, roasted soybeans have a lot of essential amino acids and vegetable based proteins in them. They also have a very high amount of lysine.

Apart from tuna, you could choose any type of fish which is oily and it would have a large amount of lysine in it.

Another source of protein and very popular one too, cooked chicken breast is rich in essential amino acids and has plenty of lysine in it as well.

Beef roast or roasted beef is tasty and has a lot of proteins in it. There are also many essential amino acids meant for the body, and it is very high in lysine content too.

What Is The Cute Sock Bun And How Do You Wear...

Show Off Your Hourglass Figure – Dress to Flatter Your Curves

They Say ‘Rice Makes You Fat’, But This One Simple Trick...

Fashionlady - May 19, 2017 0
RICE! Gets a million hearts beaming with happiness and taste buds drooling. Can be combined with the yummiest of curries and gives the feeling...