Say Hello to Alia Bhatt on the cover of Hello Magazine, India this June. The actress who earned quite a name and fame in a short span with her varying roles and styles looks immensely promising in the Bolly world. She struck stripes on the cover of the magazine with a Sameer Madan cape over a Deme By Gabriella bustier and Zara shorts. She was photographed artfully with the lighting, highlighting the right points and the chiseled features. Madison on Peddar earrings were added to the outfit. With her hair swept into a neat sidekick bun, and dewy makeup, she looked picturesque. 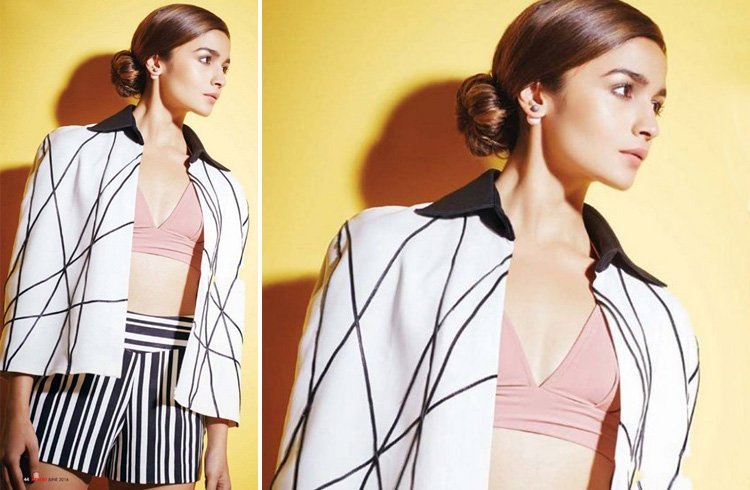 Talking all about summer and her take on it, she posed in a World McQueen pastel shade off-shoulder dress. Louboutin graphic shoes, Julia Pasquet multicolored cuff were her accessories for the outfit. Keeping her hair pinned neatly, she threw a slight smile in pink. 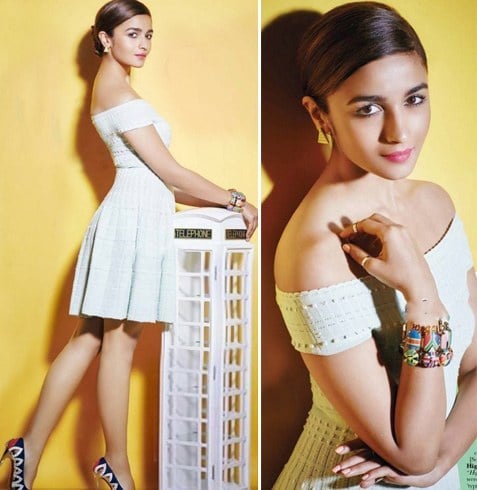 Playful and teasing, she was caught on frame in a Ferragamo tube dress in colorful stripes. The H&M shoulder length earrings were simple, subtle and appropriate pick for the outfit. She remained loyal to the Louboutin brand in the matter of her shoes. Hair side swept into perfect swirls, she was captured adorable. 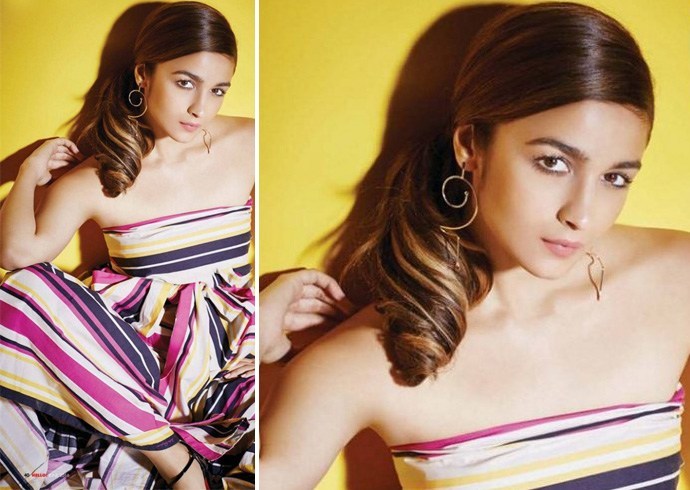 Speaking an upscale dialect, she portrayed the modern elegance in a Gauri And Nainika dress with Vinita Michael, Minerali Store and Julia Pasquet jewel pieces. The radiant gold toned shoes from Dior were the highlight. She puffed up her hair in the front and tied it up well into a pony and completed her style. 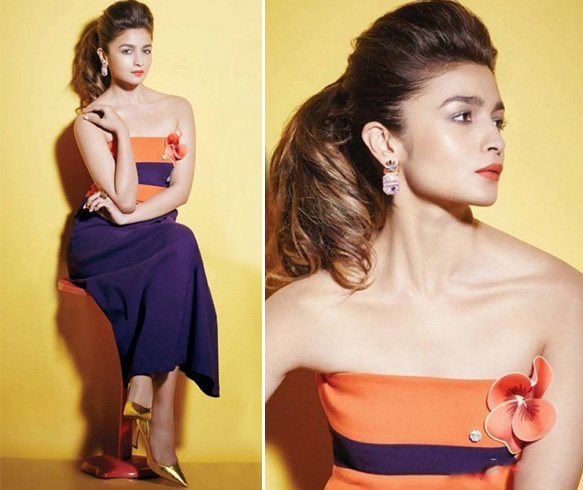 Ami Patel, who generally goes nada with accessories, but this time around, she changed her routine and added little bling to the photo-shoot. Great stills, Alia!

Indian Tribal Halloween Costume And Headgear To Flaunt At Halloween 2015

Look What Neil Nitin Mukesh’s Bride Would Be Wearing For Her...

Fashionlady - February 8, 2017 0
Neil Nitin Mukesh who got engaged to Rukmini Sahay in a hush-hush ceremony is definitely not keeping his wedding plans a hush. The actor...