The world was glued to their television when Scandal aired on prime time television. But more than the ‘Scandalous’ storyline, it was the compelling styling of Kerry Washington’s character that took the audience by storm. Turns out, the actress is not only well-dressed, on screen but possesses a strong fashion sense even outside the studios. And it was only natural for us to follow her every time she stepped out looking gorgeous as hell. You want to take a look? Of course you do!

We start off with that one time the actress arrived at the premier of Peeples looking like the embodiment of divinity in her black and white slip dress by Narciso Rodriguez. Not only were we blown by her side swept hairstyle but it was the extended trail of the movie star that got us captivated. 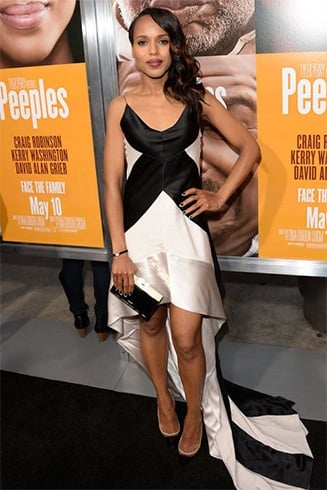 But just a few months earlier to the premier of her movie Peeples, Kerry was seen at the Oscars defining grace in a floor length gown in the most feminine hue of coral. The strapless creation by Miu Miu featured a scintillating bodice that defined the perfect shape of the actress’s silhouette. 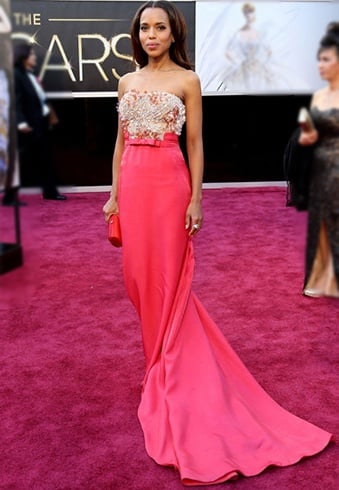 She not only has an astute sense of dressing, but also some great wisdom of beauty. How else would you explain those unspoiled bangs falling on her forehead. The head to toe nude dress, yet again by Miu Miu could be the reason of every woman’s envy. Kerry chose to accessorize her glittering ensemble with Prada shoes during the Golden Globes 2013. 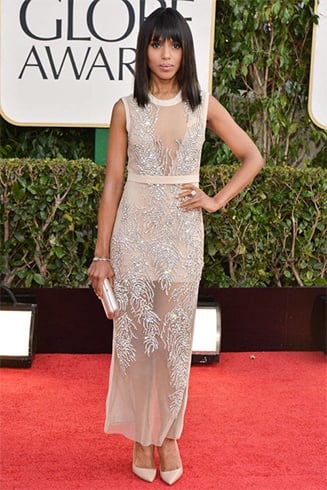 The 39 year old actress was equally gorgeous during the Oscars 2016. The black-blue Marchesa gown that she stepped on the red carpet in was successful in securing all eyeballs on her. The strapless sweetheart neckline of the dress might have looked better on any one, but Washington certainly took it to a whole new level. 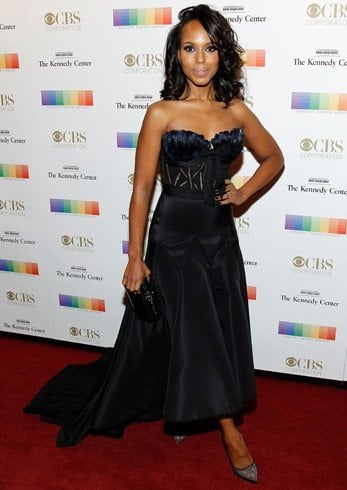 To do something different, at the red carpet of Golden Citizen Festival held at Central Park, Django Unchained star was seen in a white mini dress with a black shoe-lace motif. Must say the Balenciaga number was a clever choice. 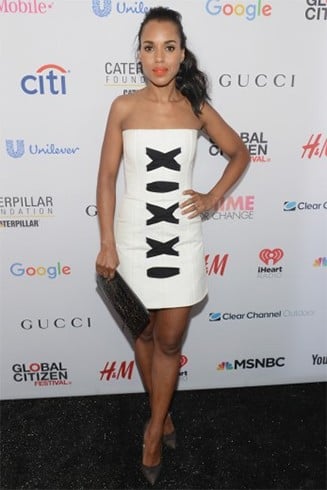 If slaying at the red carpets weren’t just enough, the diva conquered the Jimmy Kimmel show in a super edgy leather number. Now if the air-conditioned studio couldn’t keep the host from sweating it out, we would put the blame of the actress and the heat generated by her appeal. 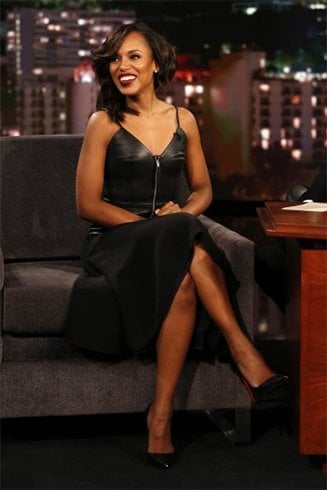 Looking magnificent comes effortlessly to the star, we already know that. But then there are times, when she looks just out of the world. These are the occasions when we find ourselves in dearth of words to put our admiration into description. That is what happened at the 2015 Baby2Baby Gala when Kerry walked in, in this spectacular Giambattista Valli Haute Couture gown. The dramatic skirt of the mesh dress in navy blue detailed with pink appliqued flowers, now we know the theory behind global warming. 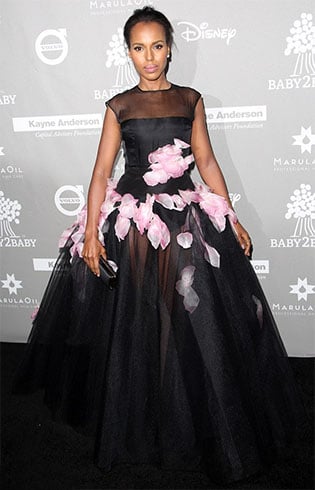 When she is not killing it on talk shows and red carpets, she takes a stroll down the street only with the intention of owning it. Else, why would anyone look this gorgeous while walking down the sidewalks of New York City looking like a queen in a red hot scatter dress like Kerry did? And don’t miss out on those black shoes with red crystal embellishments. 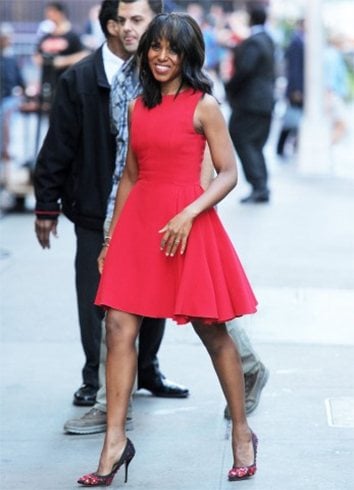 Famous as Olivia Pope, the actress claimed a nod of approval from every onlooker when she made an appearance in this entracing Oscar de la Renta creation. The off-shoulder gown in brocade with blue floral patterns on white base was more appealing because of the asymetical hemline. 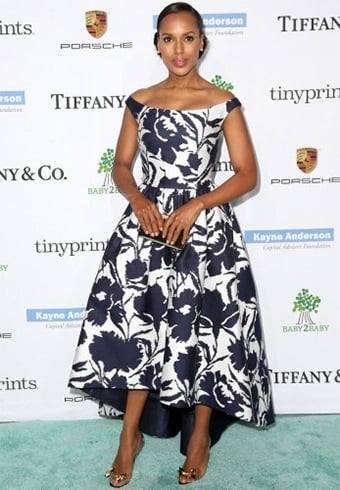 Here we run out of words again, nevertheless, we will give our best shot at recitation the actress’s glory. At the Costume Institute Benefit Gala with the theme of ‘China: Through The Looking Glass’, Kerry Washington literally made all heart stop as she graced the famous red carpet looking every bit like a doll in this radiant pink high low dress. The theatrical couture was paired with green shoes and purse to give the look some contrast. Can we just spend the rest of the day staring at her majestic persona?

Tips To Keep In Mind While Styling Stripes

How About Twinning Like These Celeb BFFs this Sunday?

Fashionlady - August 6, 2016 0
Celeb fashion never fails to give us some goals, but the thirst gets real when we see celeb besties twinning. That, my friend, is...