The Indian fashion industry has slowly and steadily made it to the top. From the early days of fashion being recieved tentatively to a roaring, fashion-hungry, beauty-dominating world, fashion has changed drastically in the Indian context. With umpteen number of aspiring, struggling and established models, the fashion industry has serious cut-throat competition and looks for the best talent in terms of looks, personna and attitude. 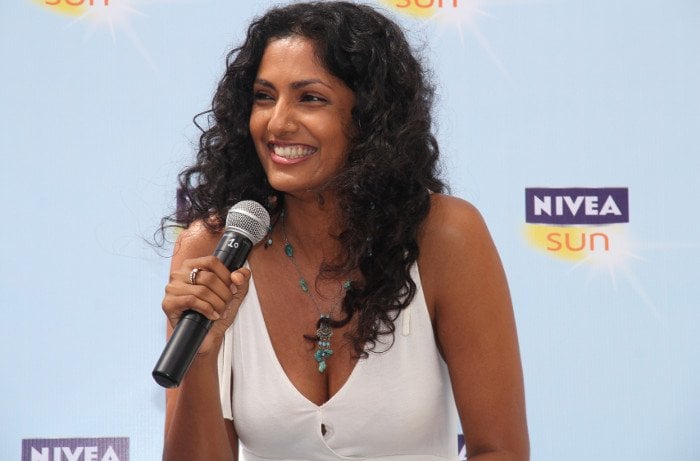 We bring to you 5 top models who were part of the success story in fashion from its early stages in India and have become stalwarts in the industry:

[Also Read: How to Look Fashionable]

She won the Femina look of the year in 1994 and defeated Madhu Sapre in the competition.Standing at 5 feet 10 inches, she became popular with her signature curly locks and stunned everyone with her dusky beauty. With her tall frame and slim silhouette, she was discovered by photographer Gautam Rajadhyaksha for Danabhai jewellers.

She made it to the top 12 finalists in the Elite Supermodel contest held in 1994. She has worked for International brands like Armani and Fendi and endorsed brands like Maybelline, Grasim suitings, Motorola, Gold flake, Tata Indigo and Marina.

Personally, she has been one of my favorite models of all times and I have always considered her to be a stylish, truly international and gorgeous diva. Do you guys remember this indi pop remix “koi sehri babu” from the 90’s? It featured an astonishingly tall, leggy and fair model who made you swoon with her killer expressions and dance moves. Check out this video to refresh your memory of this glam model:

She was the runner-up in Gladrags mega model hunt in 1995 and went onto work with big fashion designers like Hemant Trivdei, Shahab Durazi, Wendell Rodricks and Azeem Khan. She even won the Miss Beautiful Smile at Femina Miss India and featured in several indi- pop numbers and songs in the nineties. 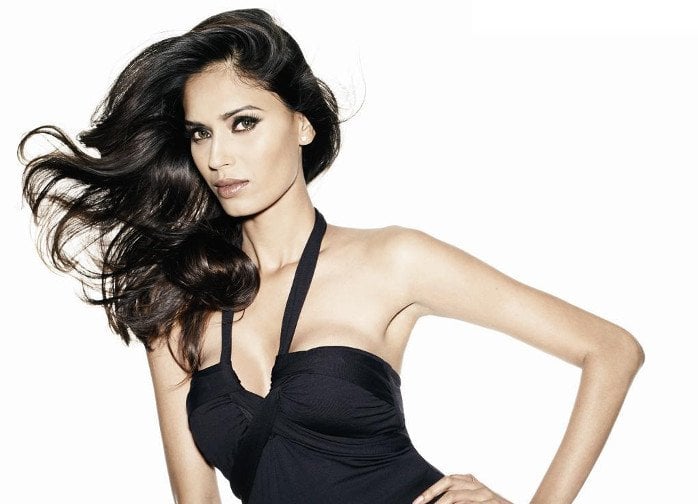 Perhaps she is the only Indian model to have worked with the best of iternational brands and gain high popularity in the global fashion scenario. She has walked the ramp for Roberto Cavalli, Dolce and Gabanna, Valentino, Oscar De La Renta and Victoria’s Secret.

She won the “Femina look of the year” at the Femina Miss India 1996 contest and went on to feature in advertisements for Dolce and Gabbana, Gap, H & M, Roberto Cavalli and Yves Saint laurent. Also, she made it to the cover pages of Elle, Time,Tank and L’Officiel magazine. 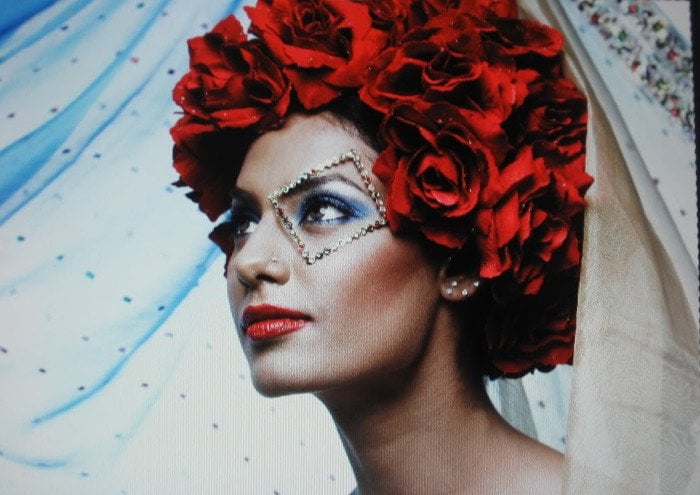 When the country witnessed the changing and slowly developing modern phase of India in the nineties, she took the modeling world and country by storm. Perhaps one of the boldest Indian models of all times, she scandalized the nation by doing a nude photoshoot with the then hearthrob and hunk Milind Soman. It was an advertisement for the shoe brand Tuff which created quite a storm and landed them with an police complaint. The case ran for 14 years after which they were acquitted with a clean chit.

Barring the controversy, Madhu Sapre turned into a popular model who was previously an athlete and also participated in Miss Universe paegeant 1992. She also did the movie “Boom” which was the launching pad of bollywood star Katrina Kaif and also feaured model-cum-host Padmalakshmi, ex-wife of Salman Rushdie. 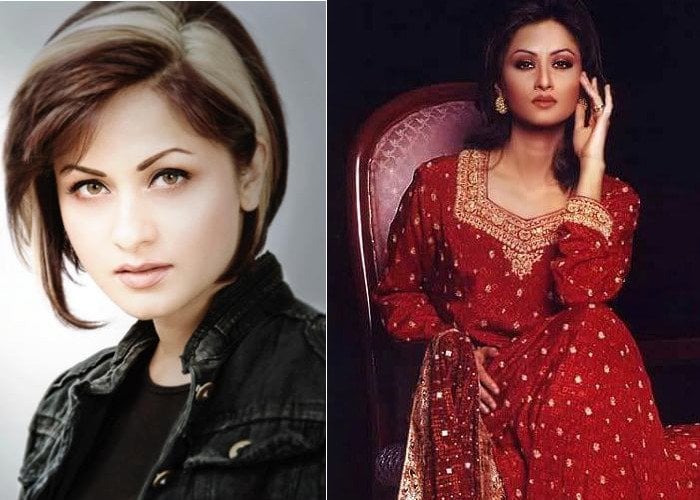 How many of you remember the remix album “Kinna Sohna” by Nusrat Fateh Ali Khan? I remember watching this album and being bowled over by the beautiful Rajlakshmi Khanvilkar who was a flawless beauty. Slim, slender, tall and graceful, she had such pretty light eyes, beautiful complexion and grace.

She featured in several indipop albums at that time including Shiamak Davar’s debut album “Jaane Kisne” where she played the role of a mystery lover who left gifts and notes. Her first ad was with Garden vareli sarees and then did ads with BPL and Cadbury’s.

Her first marriage was to Samir Soni who was a model and actor in films like Fashion, China Gate. Their marriage lasted only for 6 months and she later married Aashiqui fame hero Rahul Roy.

Saffron Oil For Skin – For That Ethereal Glow

Top 32 Foods To Include In Your Diet To Live Longer

How to Look Naturally Beautiful without Makeup