Indian Fashion Blog
Home Fashion Apparels What Is A Loofah? Benefits And More 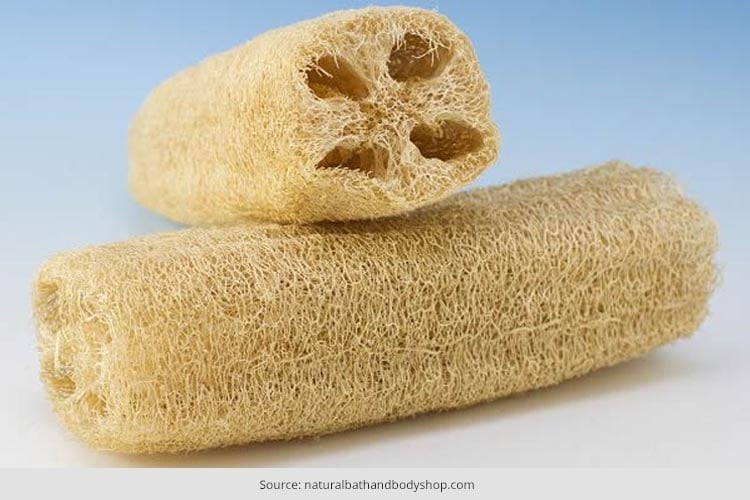 Loofah or ridge-gourd is a vegetable classed under the Cucurbitaceous (cucumber) family that abounds in the tropical and subtropical regions. It is actually the fruit of the two popular Cucurbitaceous species or varieties-Luffa acutangula and Luffa Aegyptiaca that is generally referred to as loofah or luffa. The gourd plant is extensively cultivated and its fruit when harvested much before it ripens, is used for preparing delectable dishes.

Often the loofah is allowed to ripen fully rendering it extremely fibrous which is then deseeded and completely dried. The loofah fruit, when it is green and unripe, has a spongy flesh and is pulpy inside with white seeds. When the loofah is harvested as a fully matured fruit, it is stripped of its skin and seeds to be used as scrubbing sponge in kitchens and bathrooms.

What is a Loofah Used For?

Thoroughly ripened loofah when its skin is removed, and divested of the seeds, is left with the skeleton of xylem fibers. It is this loofah with its network of fibers that becomes spongy when soaked in water. What is a loofah used for? The loofah, in its spongy form, has long been used for scrubbing and/or cleansing the skin during bathing or showering, making it an excellent natural exfoliating agent.

Keep the following facts in your mind when you go out to buy a loofah from the grocery store. These are characterized by its pale straw hue and have a typical herbaceous odor. Loofahs, before these are processed and treated, have a singular cylindrical or bottle shape depending upon the original shape of the fruit.

The same is usually sliced into discs and sold in bunches or as individual units. However, you can buy the loofah in its cylindrical, unsliced form from any apothecary, chemist shop or drugstore or at any outlet that retails skincare and/or body-care accessories. You should be able to tell a loofah from a synthetic bath hassock or puff as the former is more beneficial for the skin because of its plant origin.

How To Use A Loofah

Loofah sponges owing to their distinctive meshed and porous structure make them perfect breeding grounds for bacteria and molds. Bacteria and/or fungal organisms thrive on the dead cells stuck on the loofah surface and their growth is accelerated as the scrub stays in a bathroom where the environment tends to be moist. Therefore using a loofah that is not cleaned and dried every time after you shower can become unhygienic, leading to skin infections.

For rinsing it hygienically, prepare a bleaching solution, dilute it adequately and let the loofah soak for 5-7 minutes. Thereafter take out the swab from the solution, wash it in running water, shake off the water, and let it dry. Refrain from rubbing the loofah on the genitals and the area immediately surrounding it as well as on the face.

Using loofah on a regular basis prior to a shower or bath, results in multiple health benefits for the skin. Scraping the loofah all over the body helps in removing the dead and damaged skin cells, leaving the skin cleansed and well-conditioned. Besides, eliminating dead cells, loofah acts as a superlative purifier, helping in the removal of impurities and toxicities from the bloodstream.

As far as using a loofah as a body scrub is concerned, you should not only clean it regularly but also replace the same with a fresh one once every three weeks, particularly if it happens to be of the plant variety. In case your loofah is plastic or synthetic, consider replacing it after every two months.

Jaundice Diet: Foods To Have And To Avoid

What To Wear With Grey Pants At Work