Indian Fashion Blog
Home Fashion Accessories Why Women Own Plenty Shoes – Is it For Fashion Or An... 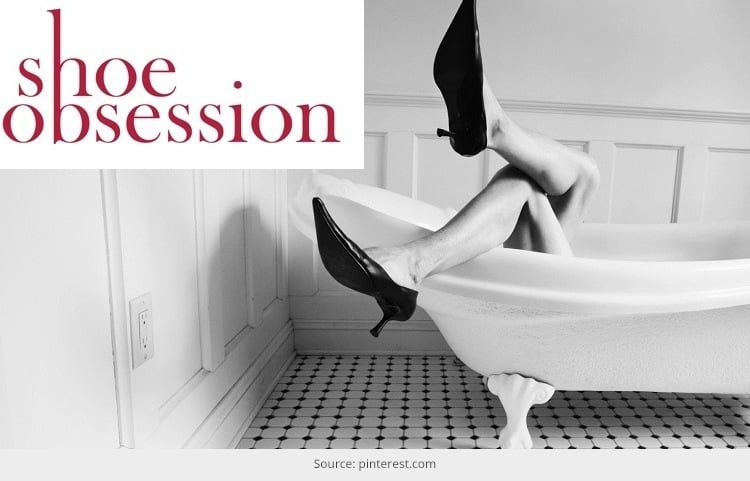 Did you know when a reputed online shoe store hosts a Christian Louboutin flash sale, a pair of shoes gets sold every 9 seconds? Yes, it’s true and all of their collections get sold out within a couple of hours.

Such kind of rapacious shopping mania is usually common when it comes to shoe shopping by women. I’ve already discussed about women’s obsession with footwear in Part 1; in this edition I’ll do some R&D and try finding out the real reason behind this craze.

One of leading footwear brands’ CEO reasons, “It’s the fastest shopping we see. Women really do sit on their computers and have insane trigger fingers when it comes to shoes.”

Women’s obsession with shoes – this eternal debate has finally triggered movie makers to release a first-ever documentary, God Save My Shoes, which explores why women are so addicted to shoes. The intimate relationship between a woman and a pair of heels has finally forced film makers to make a movie on this.

Here’s a snippet from rottentomatoes on this movie,

Since we’re discussing on women’s love for their heels, we would surely like to share some facts and figures as well.

Women’s foot wears account for 60% of the $40 billion worth of shoes being sold in the U.S. every year, whilst men’s and kid’s purchases do not even touch the half of this price. Interestingly, many of the shoes women buy are totally impractical and uncomfortable.

Again, I have come back to my enduring question – why do we buy it? What is there so great about shoes? And for God’s sake can someone explain why a movie has been made on it? Is collecting shoes such a big deal?

May be yes. Continue reading to get all of these answers!

Why a movie exclusively on shoes?

When the same question was put before the movie’s director, Julie Benasra, she reasoned that it wasn’t her idea initially. When she was making a documentary on sneakers, she came across some women with their crazy shoe collections – this triggered her with the idea of making her next movie on women’s love for shoes.

High heels literally change you physically — the buttocks comes out, the legs are more muscular-looking, and you have to walk slower.

The intriguing question still is unanswered –

why do women have so many shoes?

Women gain confidence in a nice pair of shoes. Shoes enhance their personality and display their fashion quotient. May be this is one of the major reasons, women keeping buying shoes to get the right pair that defines their personality.

Hope you liked this post! Stay tuned for Part 3

How To Be A Miss Congeniality?

What You Need To Do If Your Periods Coincides With Your Wedding...