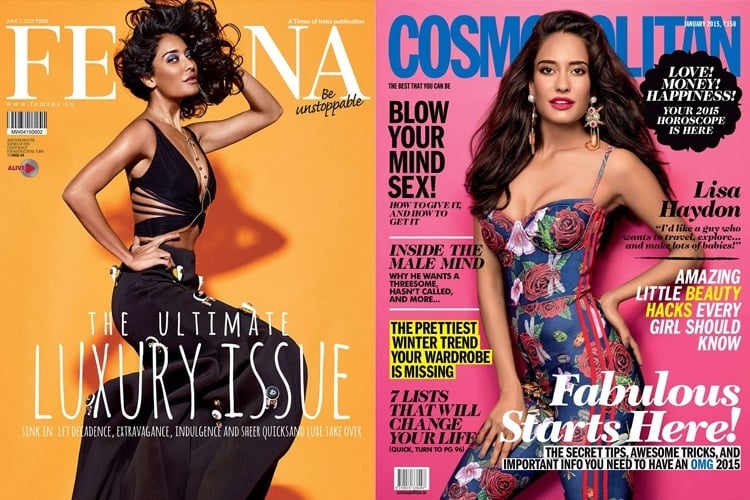 It was in the year 2010 that she started her Bollywood journey with the film Aisha. It was her sizzling item number ‘Shake it Saiyyan’ that became the promising part of her career. With the film ‘Queen’ she became noticed on the Bollywood radar. According to the latest buzz, she might be judging MTV India’s Next Top Model show.

This is Lisa Haydon, with Elisabeth Marie Haydon as her real name. Lisa is not only a good fashion designer, she is a trained Bharatnatyam dancer.

Keep scrolling below to take a look at Lisa Haydon magazine cover looks that has had us drooling over. Undoubtedly, she has ruled the fashion industry hands down ever since she started off.

You can safely call dear Lisa Haydon boldness redefined when it comes to B-town. Her hot photoshoot for Cosmo January issue made her red dress speak volumes about her raw sexual appeal. 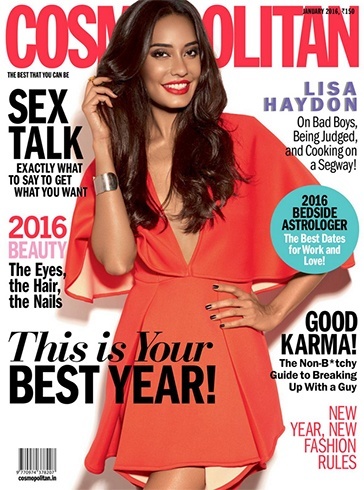 Dressed to kill in Chanel outfit, Lisa Haydon Lure which is the Cover page of Verve magazine makes her look absolutely gorgeous in smoky colored hair and seductive expression. 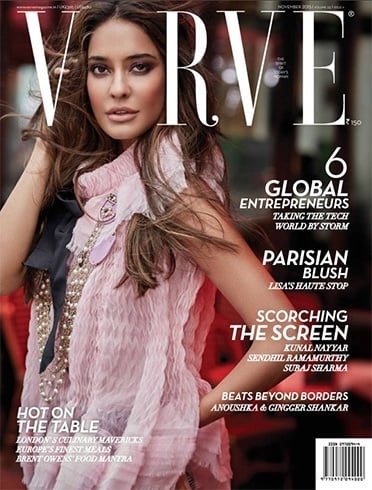 Amazing Lisa Haydon is surely dusky looking. But she looks perfect On The Cover Page of FHM dressed in black and sexy monokini dress. Never mind if she is covering her face with her right hand, it’s a good cue she is dropping that she is back! The dress has beaded straps complemented with long flowing orange skirt. Her makeup is simple, hair combed and gelled with a mid parting and there is dark kohl lining around her eyes. 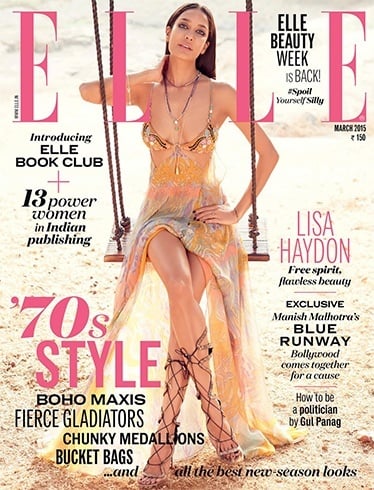 Stunning is the word with Lisa Haydon On The Cover Page of Vogue India wearing a stunning gold embellished body suit from Manish Arora’s Couture Collection. You cant’s miss out on this issue which shows Lisa Haydon on the cover of Harper’s Bazaar wearing a sexy waistcoat you would want to have one of your own. 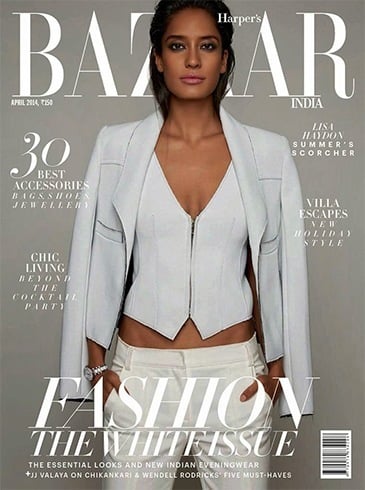 Eye-popping hotness unleashed is the perfect description of Lisa Haydon on the magazine cover of Maxim, Nov 2012 issue. See the leggy lass pulling out all the stoppers with her black sexy looking lingerie and khaki jacket. 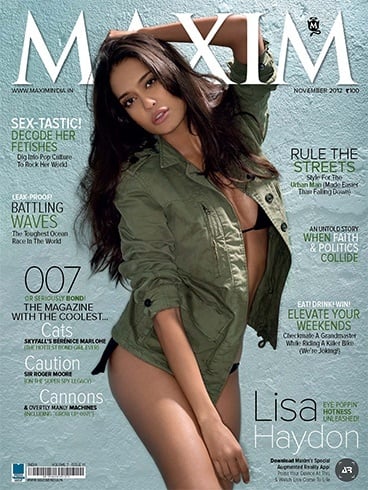 Featuring on the cover page of ‘Women’s Health’ in Sept 2012 issue, Lisa Haydon tells how she got this healthy, hot and happy. This luxury issue featuring Lisa Haydon On The Cover Page of Femina proves a fact. That Lisa is simply luxe in her looks. Lisa Haydon on the magazine cover of AsiaSpa July issue establishes one thing for sure – her fascination with swimwear.

In the photo shoot done for the magazine at Radisson Resort and Spa (Alibaug), Lisa looks demure in a short retro printed dress and high heel stilettos. In fact, her chiselled figure, long sultry legs and sizzling oomph factor comes out well in the photo shoot. Lisa looks fresh on this cover dressed in a red Valentino trench with gorgeous jewels against a simple silver background. Make us a promise and tell us which photo shoot showing Lisa Haydon on the magazine cover was jaw-dropping to you. Waiting eagerly to get your replies.

5 Different Types of Kajal You Can Make At Home

15 Chunky Anklet Patterns To Flaunt At The Mehendi, Sangeet And The Big Fat...

Eight Best Low-Carb Side Dishes That Are Super-Relishing