Britney also possesses writing skills. Her mom Lynne and Britney have co-written a book called “Heart to Heart” in year 2000 (best part is it’s based on Britney’s life).

Professional Career
Well, Britney had a dating relationship with fellow pop star Justin Timberlake for good 3 years.
Rumors spread (though not confirmed) that it was Britney who had cheated on Justin Timberlake (which could be the reason for their falling apart). 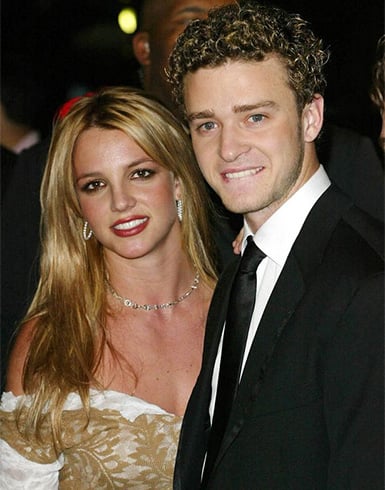 Strange but in Justin’s music video “Cry Me a River,” the girl who featured had a strange resemblance to Britney Spears.

On January 3, 2004, Britney tied the knot with Jason Alexander (her childhood friend). It so happened, that the wedding got annulled not in few years time or decades, but in time span of just 55 hours. 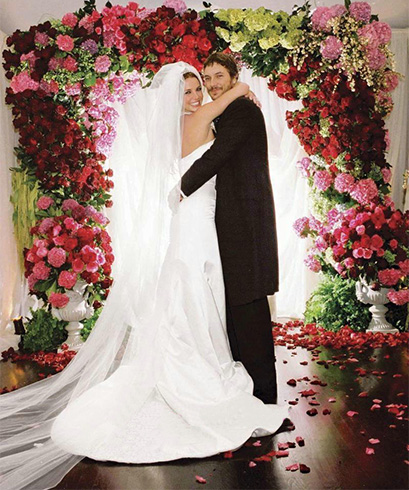 Few months after her 55-hour wedding (or wedding of the century), the Pop Icon Britney began dating the dancer Kevin Federline. The two of them did whatever a girl and boy hopelessly in love do – LOVE each other. They got engaged after three months of dating. For their wedding held in Las Vegas, guess the bridal dress of Britney? A baseball cap, midriff top and jeans.

Britney got divorced from Federline in 2007. But the worst part is she was not given the custody of the two sons born out of their wedlock – Sean and Jayden. Why? Because she was heavily on drugs. Custody was given (awarded is the better word) to ex-hubby Federline instead. 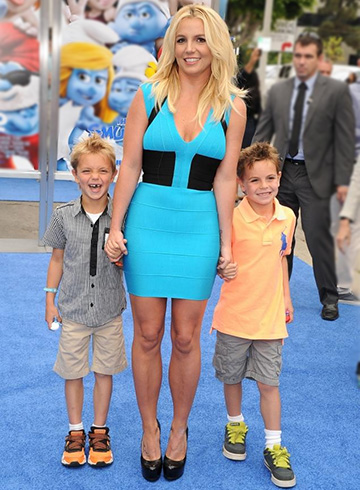 Do you know, in fits of madness, Spears even shaved off her head during those days. That led her to getting admitted in a psychiatric ward at UCLA Medical Center.

Let us see how the Princess Of Pop looks like without an iota of make-up: 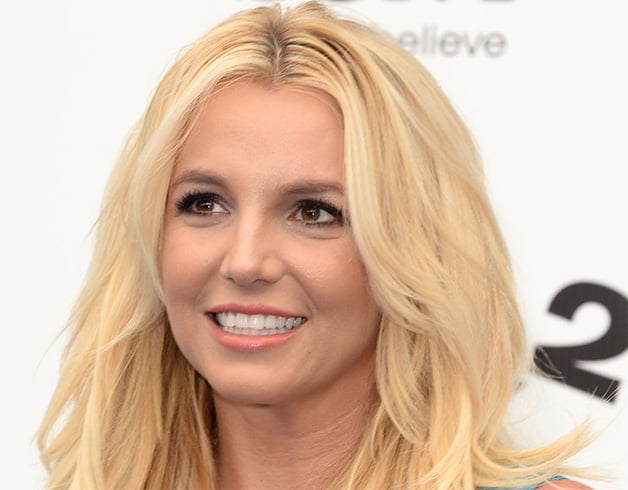 First Debut: Britney’s debut album was …Baby One More Time and her first film was Longshot. Britney got her start on the TV show The Mickey Mouse Club.

Britney has been a judge in the 2nd season of The X Factor (the singing competition show) for which she was paid whopping $15 million.

Killer shape is important to Britney. So what does she do to get that? Any clue?

Other than pull-ups, crunches, and light weight-lifting, Britney also dances.

Five days a week, Britney does workouts at least 2 hours a day (doing strength-training exercises and her own choreography).

Lean protein with a serving of high-fiber vegetables is where Britney’s emphasis lies.

Breakfast: Egg-white omelet, or a bowl of oatmeal, served with fruit and a side of whole wheat toast.

Lunch: Salads topped with lean protein (like chicken or salmon). These are served on top of a mix of baby greens. Water is her drink of choice, or a real-fruit power smoothie.

How does the Pop Icon curb her cravings? By indulging in high-protein snacks like Soy chips, a cup of low-fat yogurt with fruits and granola. Britney snacks on walnuts and almonds from time to time.

Do write back and tell us how you found this post on Britney Spears.

10 Best Hair Crimpers To Help You Nail A Cool, Modern...

Fashionlady - October 17, 2018 0
Anupama Parameswaran has won our hearts in general, but she has decided to take her success to another level with her sense of styling....