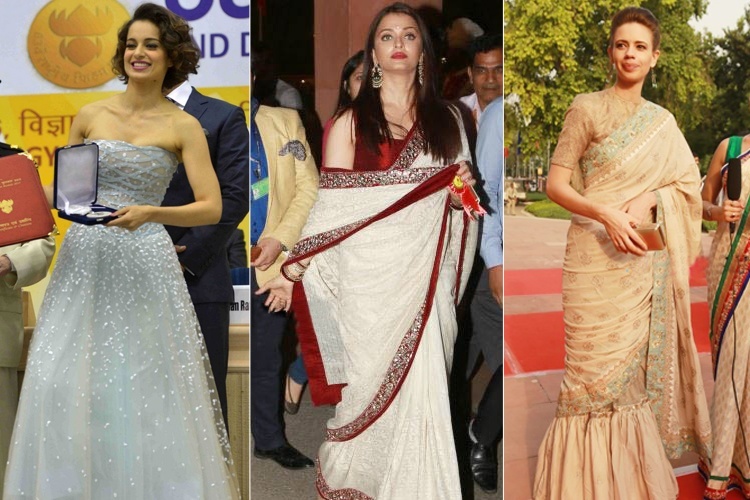 Though the winners of the 63rd National Awards were announced in March, the grand ceremony took place on May 3rd in the capital state, New Delhi.

[Also Read: Check Out The Style Statements Of Our Celebs At HT Most Stylish Awards 2016]

Spotted among the eminent audience who graced the event were the B-town celebrities Amitabh Bachchan, Kangana Ranaut and Kalki Koechlin.

Kangana Ranaut who won the Best Actress Award for her dual role in the romantic comedy drama ‘Tanu Weds Manu Returns’, picked the prestigious award for the fourth time, dressed up like a doll in a Georges Chakra strapless number. 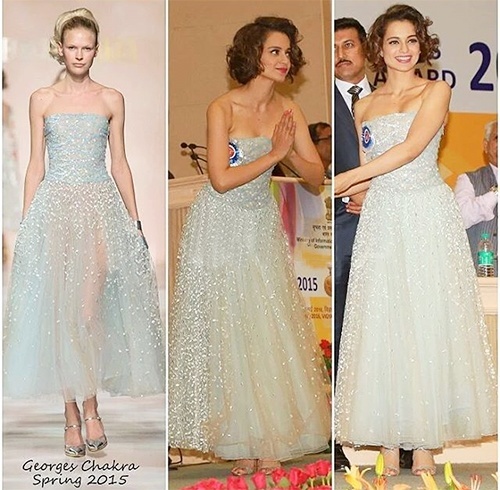 The stylist, Ami Patel as always went zero on accessories and made sure the actress looks her natural self with her bouncy curls and pink lip. Kangana’s wide sparkling smile speaks for her joy. In support of the legendary actor, Amitabh Bachchan who won the National award for his exemplary work in Piku, came the entire Bachchan family. Spotted cheering for him and looking magical was Aishwarya Rai beaming in a cream and red Manish Malhotra sari with chikankari details. 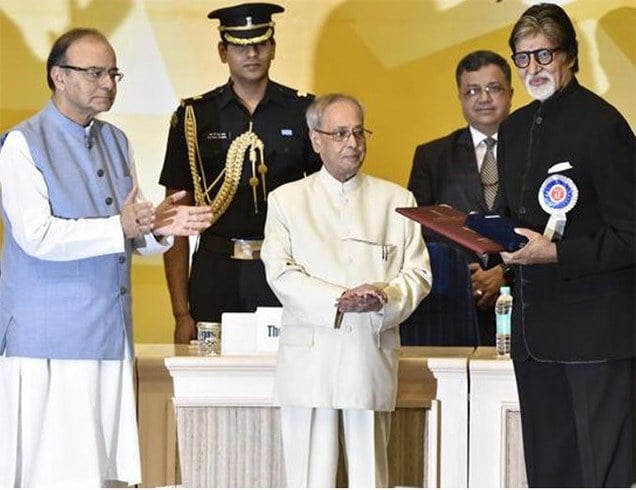 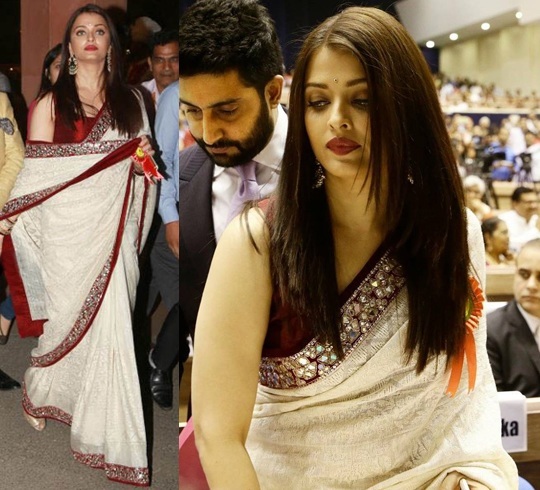 She matched her dark red lip, bangles to the outfit and added a heavy set of earrings. The shining bindi added more to the traditional look. Aastha Sharma went easy with her hair and gave Ash the shimmering glow look altogether. 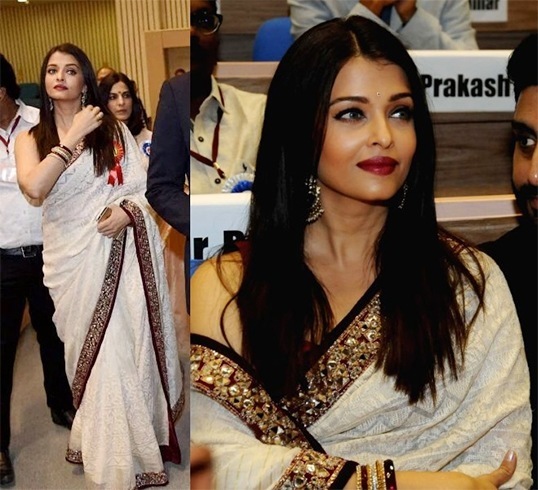 Kalki who won the Special Jury Award for her role in ‘Margaret, With A Straw’, was also spotted going sari style. She wore a Sabyasachi sari in subtle shades. She coordinated the grandeur of the outfit with a pair of gold drop earrings and a pale gold clutch. She pinned up her hair nice and neat and added few tassels to it. Keeping her makeup natural and simple, she looked extremely happy and elated. 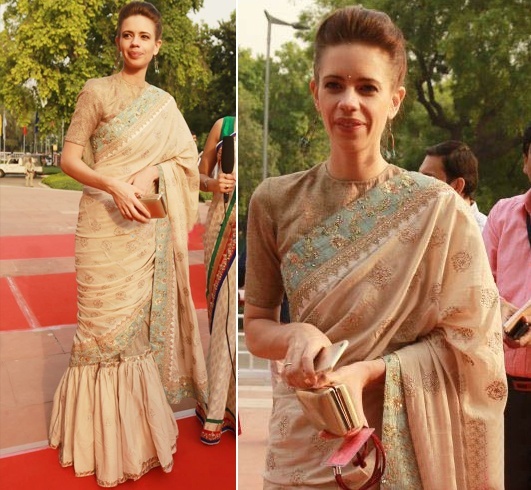 We congratulate the winners and wish them success for their beautiful journey in life!!
Images Source:instagram.com, highheelconfidential.com

Is Pairing a Corset with Stockings a Hot Lingerie Trend?

Promotional Style Of Divas You Should Look Out For