Although we all bade goodbye to 2018 and welcomed 2019 with open arms, the film world is revisiting every venture from 2018 and making judgement calls on best movie, best actor, best cinematography and many more. 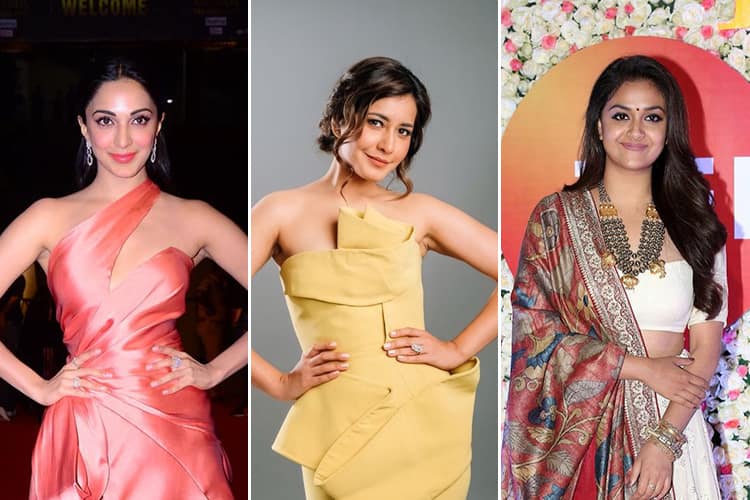 Like we all know, be it B-town or Tollywood, the new year always begins with accolading the terrific jobs done by the film crew over the past year. Likewise, Zee Telugu have organized Zee Cine Awards 2018 and the beauties of Tollywood lit up the sky with their dazzling appearances.

It was like a dejavu when we spotted Rashmika Mandanna on the red carpet of Zee Cine Telugu Awards 2018. Previously she sported a similar pantsuit to an award ceremony in black. However, this season she opted for a crisp white pant suit. The pleated jacket with fit and flare pants quirked up the look. Wavy hair, red hot lips looked good with her style. 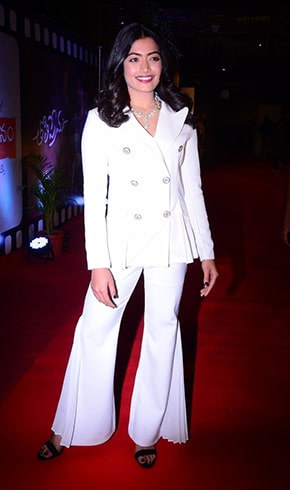 Always a fresh face of Telugu film industry, Raashi Khanna graced the Zee Cine Telugu Awards in a vibrant yellow strapless gown by the Lebanese designer label, Azzi and Osta. Skipping her accessories, tying up her hair with few strands falling on the sides flirtingly, she nailed the style with ease. 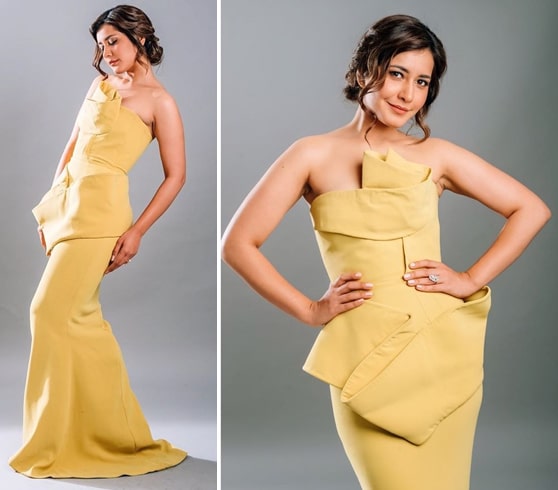 Kiara Advani who made her debut with Bharat Ane Nenu movie, alongside Mahesh Babu was spotted on the glam cam at the Zee Cine Telugu Awards 2019. For the grand event, she dressed up glamorously in an asymmetric shoulder, bright peach colored satin, thigh-high slit gown by Monisha Jaising. The outfit’s glow gave a beautiful radiance and she glowed like thousand suns. 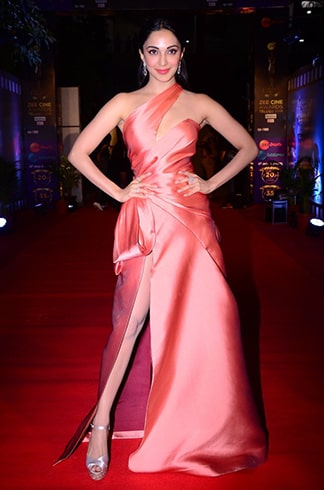 The Mahanati actor, Keerthy Suresh graced the Zee Cine Telugu Awards in a white on white lehenga with multicolored dupatta by Gaurang Shah. The trendy jewels that the diva adorned sure set the style apart. With a black bindi, wavy hairdo and kohl defined eyes, she rounded her style. 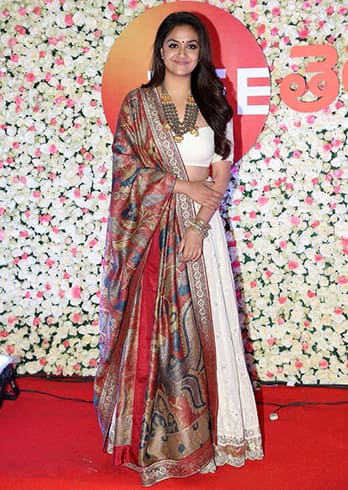 Aditi Rao, who has been taking the south film world for a spin was spotted at the Zee Cine Telugu Awards 2019. She made her debut with Telugu film industry with Sammohanam movie and bagged an award. For the evening, she rocked a classy black thigh-high slit gown, with just a metallic choker as accessory. Like always her dewy makeup didn’t fail her and she looked absolutely stunning. 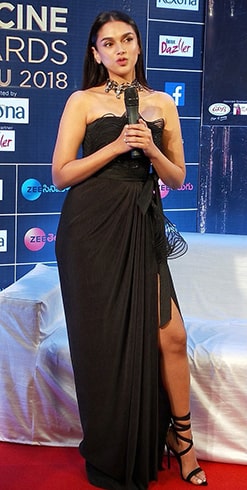 Hope you enjoyed the awards ceremony! We certainly had a gala time with the divas mesmerizing appearances.

Images Source: Official instagram profiles of the celebs/designers/stylists mentioned with in the article.

Facts About Ovarian Cysts Every Woman Should Know

14 Amazing Benefits Of Biotin For Skin, Hair And Health

Fashionlady - July 29, 2019 0
The FDCI India Couture Week 2019 show was an event of many things. Bigger picture like inclusivity, diversity, dependable designs, and the like led...