Indian model Dipti Sharma has created a sensation in the world of international fashion by walking the ramp in a saree at the Dolce and Gabbana Alta Moda 2018 show in Italy. Want to know about her? Read on! 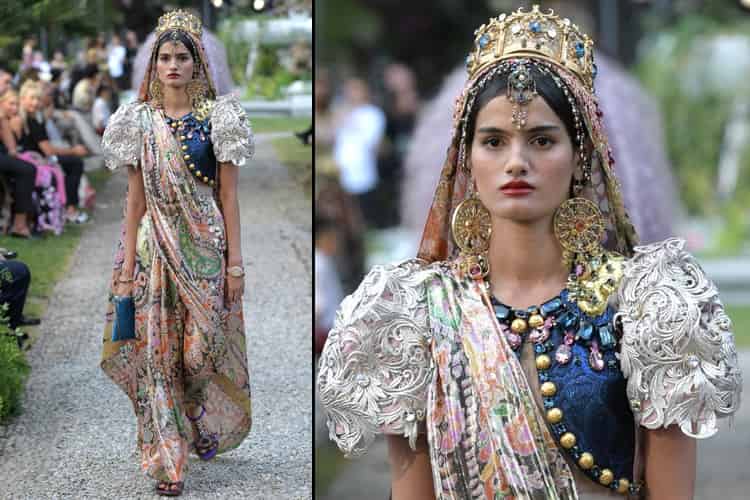 Breaking the internet with her act, Dipti Sharma is the first Indian model to walk an international ramp wearing the traditional Indian drape.

The show hosted at Lake Como in Lombardy, Italy grabbed the attention of the international media almost instantaneously with the pictures of an Indian model going viral for working the Indian saree at the D&G runway.

The look was finished with an Indian tiara placed on her head along with a veil just like the one an Indian queen would carry.

For accessories, Dipti’s saree soiree was adorned with a pair of oversized chandbalis, a maang tikka in gold, a gold watch, and a trim bracelet.

A pair of bejeweled flats much like the famous Kolhapuri sandals along with a blue clutch complemented Dolce and Gabbana’s vision of an Indian princess. 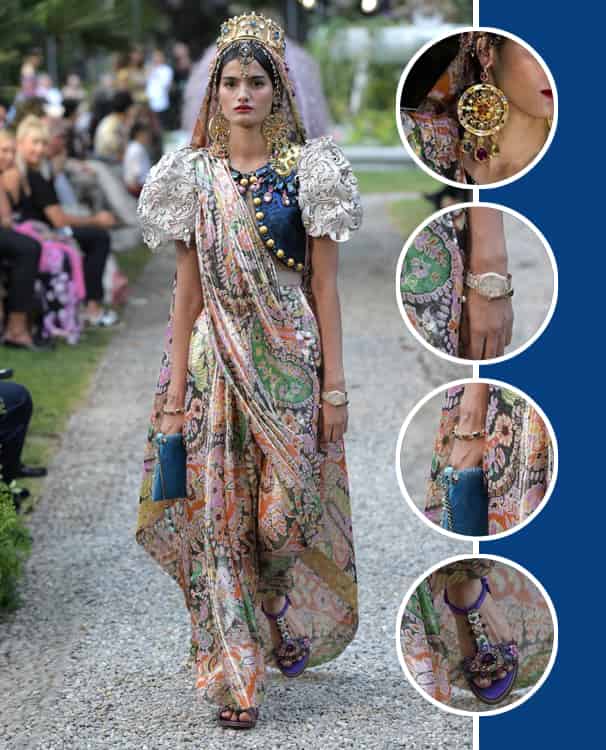 Seeing the saree in the D&G show hog all the limelight we had all the reasons to wonder why the international fashion house chose to include the most popular Indian silhouette in their collection.

Stefano Gabbana conceded in a statement that for the saree they actually took cues from Dipti herself. He said, “ We have a model, an Indian girl, and we told her: ‘We’ll give you a piece of fabric and you do, by yourself, the sari and after that, we’ll customize the outfit. We love the tradition. In this case, we love to put our touch on the Indian tradition,”

The respect and love for the Indian culture that this globally renowned label has is evident in their act of including the six yards in their latest collection.

With the D&G Alta Moda 2018 collection boasting of extreme puffed sleeves, the designer duo added their signature touch to the sari blouse. However, the six yards was replete with Indian motifs and was draped the traditional way.

After having heard the designer’s perspective we were keen to know how Dipti felt about this whole episode and if it took her patriotism to the next level.

The model has shared her feelings on her Instagram account stating, “ I cannot explain how dear doing this show was to me. When I went for fittings at Dolce & Gabbana head office I was expecting to wear something which might have been already assigned to me. But meeting Stefano Gabbana and Domenico Dolce changed it entirely. They asked me to wear a sari for their show and I was in awe as the amount of love and respect they have for Indian culture is amazing to hear and we selected the fabric on the spot styled it and in a matter of time, it was ready. I draped it myself, and their idea of an Indian royal princess in Dolce & Gabbana style finally came to reality yesterday at the show. I want to thank them for giving me this opportunity and letting me be part of this amazing collection and in a way represent my country”.

The Indian origin model Dipti Sharma is today a known face on the international runways. Having walked for premium luxury pret and couture labels Dipti has earned a name for herself in the global fashion industry.

Dipti’s run-up to the international runways involved much hard work and persistence. It was only after a three-year struggle and a whole lot of pictures shared with the agencies across the fashion capitals of the world, namely, London, Paris and New York, that the beauty bagged a contract with a local modeling agency.

Dipti made her international runway debut with Balenciaga SS18 show in Paris. 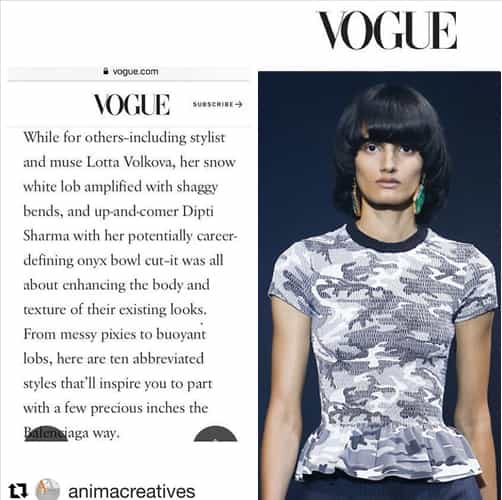 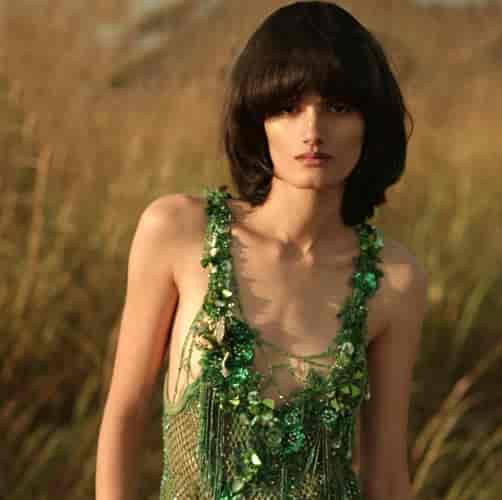 Model.com recently mentioned Dipti as one of the top newcomers of F/W 2018. 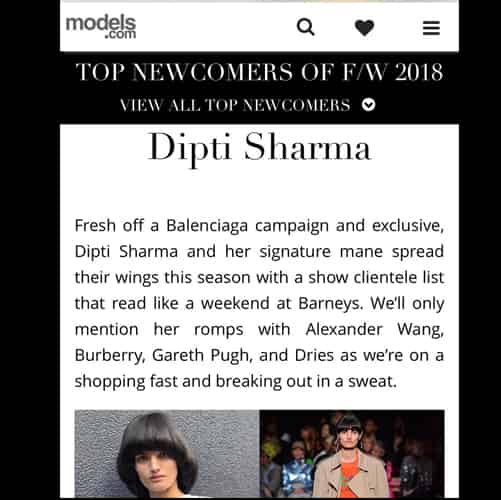 Dipti also made her name among the Vogue’s Standout Models of LFW (London Fashion Week) F/W 2018. 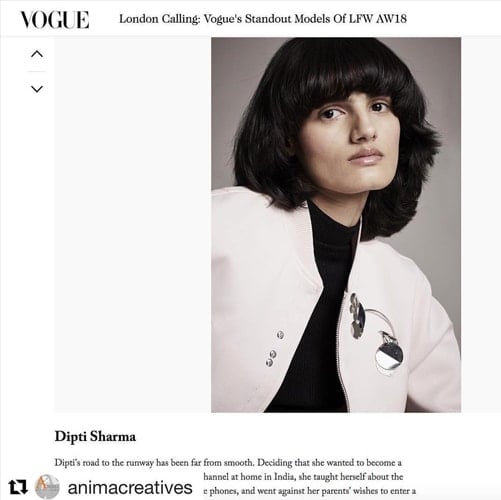 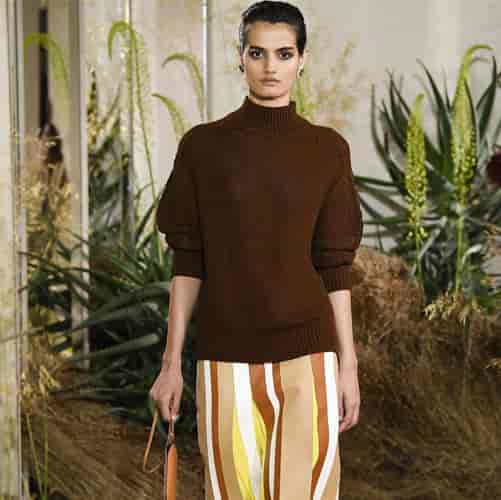 Featured in Vogue Mexico in July 2018. 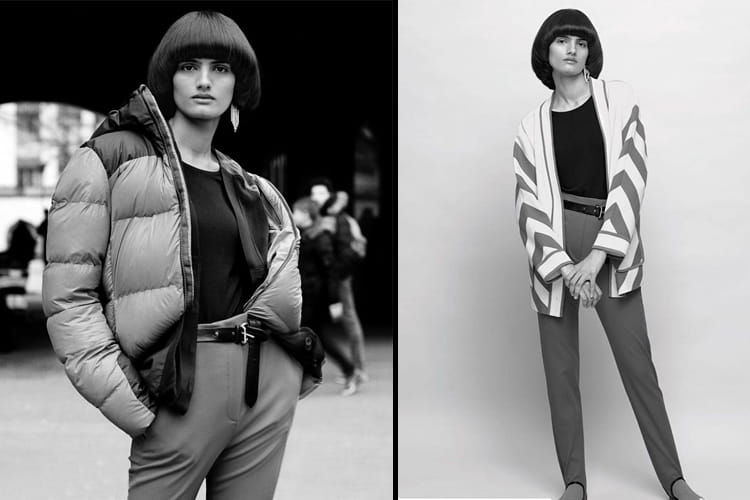 Featured in the Versace Resort 2019 campaign. 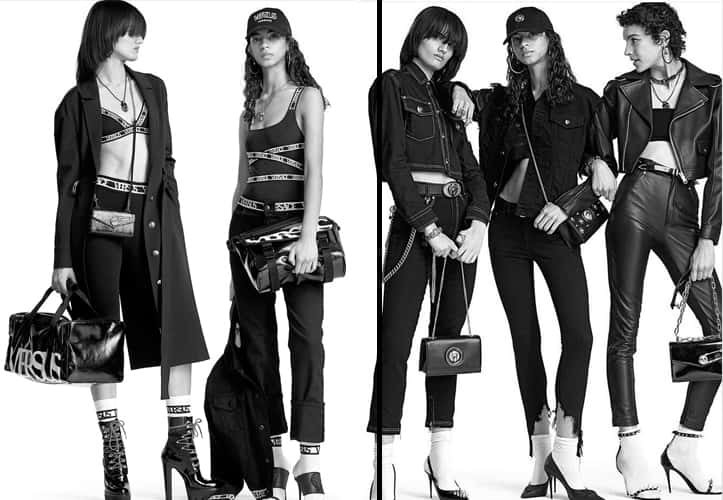 Walked the ramp for Balenciaga. 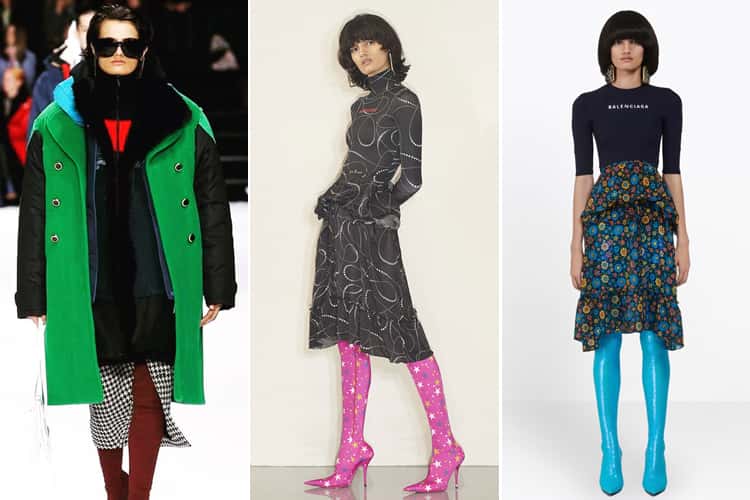 Featured in the campaign for Burberry Link bag. 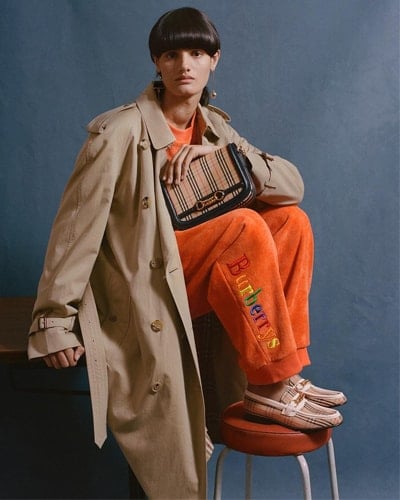 Walked the ramp for Alexander Wang in NY. 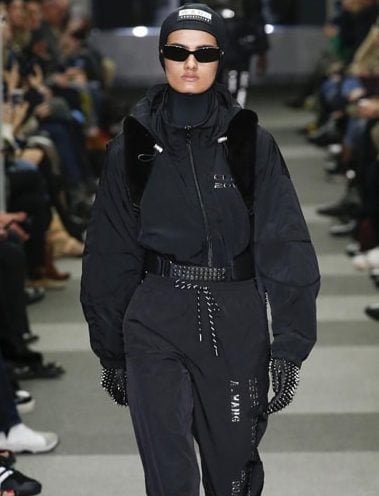 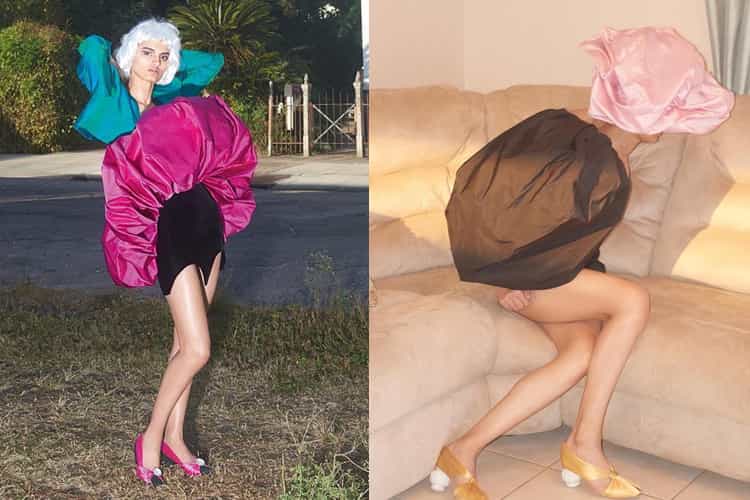 Featured in the marketing campaign for Marc Jacobs beauty. 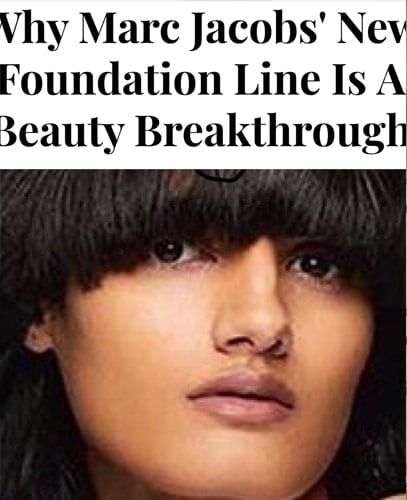 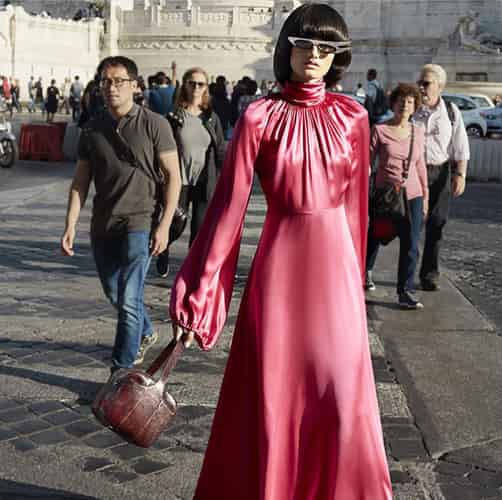 Participated in the Erdem Show. 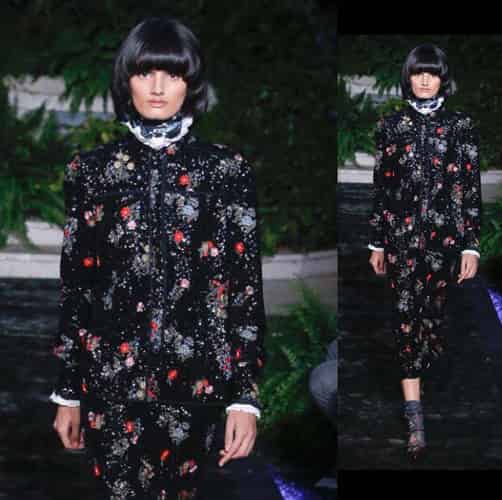 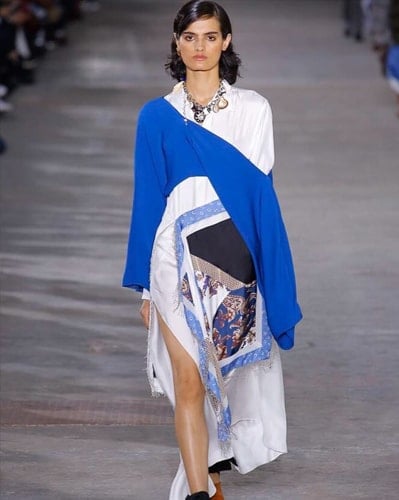 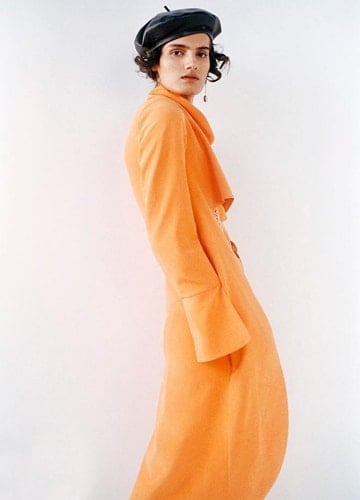 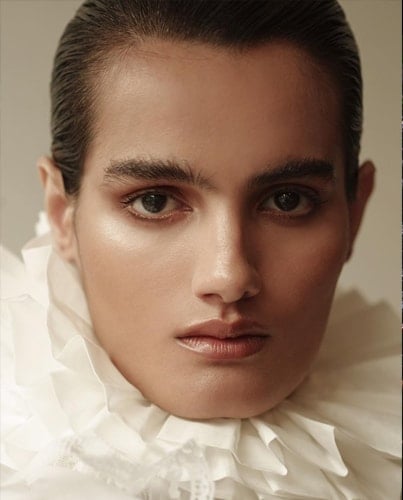 Clearly, the girl is on her career high conquering the international runway with those stunning Indian looks and rock-solid determination to make it large.

We wish the diva greater success and may she continue to do the country proud!

Tell us which look of Dipti is your favorite in the comments box below. Stay tuned for more fashion updates!

Images Source: “Official instagram profiles of the celebs/designers mentioned with in the article.”

Sweet Birthday Gift Ideas for Your Mother In Law

Most Women Admired In The World

Different Events To Wear A Kurti

Fashionlady - June 24, 2019 0
Different events call for different celebrations. Similarly, festivities in the Indian culture are common and never end. It is therefore important to be ready...