We all know the saying that the eyes are the windows to the soul. Your eyes convey your inner emotion to the person who looks at you. However, did you know that like your zodiac sign provides information about you, the color of your eyes also speaks volumes about you?

Eye color plays an import role in your overall beauty and personality. No wonder people take to colored lenses to add an edge to their personality. One of the most mesmerizing colors of eyes is the hazel! Basically a combination of green, brown, blue and even gray, Hazel eyes are a rare breed and just a few lucky people on this earth have it.

Here, we try to unravel few mysteries and interesting facts about this mesmerizing and rare eye color:

One of the least understood eye color; hazel eyes are semi-rare and are a combination of several colors which includes green and brown. Scientifically, eye color is a function of genetics and heredity. Eye colors are predominantly influenced by the pigmentation of the iris and how light scatters around it. The pigment responsible for eye-color is melanin which is a complex polymer formulated from the amino acid, tyrosine. An interesting Hazel eyes fact is that they have more melanin than blue eyes but less than brown. The hazel eyes are also the result of the phenomenon, Rayleigh scattering i.e. the way a light scatters over any object after riding its spectrum wavelength. It is genetics here that decides how light would break across the melanin base to ooze hazel color. The Hazel eye colour has been the much talked about eye colour and here is a detailed insight on it.

Where Do Hazel Eyes Come From?

Compared in terms of number, there are more brown eyes than hazel eyes though they outnumber green eyes. The Hazel eye colour is more commonly encountered in the United States and the European countries. They are a rare occurrence in Asia and Africa where the brown eye color rules.

We already spoke about eye color changing during our life. 15% of people are known to manifest it during puberty. Even brown eyes dull down to hazel while aging. Because of the dynamic color change, identifiable eye colors are safely teamed up in the hazel eye bracket.

By now, you know that its heredity that determines your actual eye color. According to genetic research, there are almost about 16 genes passed from the parents to the child that determines the eye color. This makes predicting eye color a next to impossible task. The final eye color is decided by the interaction and expression of various genes. It is this interaction that makes both parents having blue eyes, conceive a brown eyed child. Other factors which impact eye color are pigmentation of the iris and the dispersion of light around the iris. Moreover, eye color is known to change dramatically in the first few years of a person’s life, this is not in regard with only hazel eye facts but any color of eyes for that matter.

Hazel eyes are basically manifested because of a dominant gene. The pigmented structure of melanin surrounding the pupil and known as iris, lend the eye its color. Initially, one may find many white non-Hispanic babies with blue eyes as enough melanin is not yet present in their eyes at birth. However, as they grow, if enough melanin gets produced, the blue eyes may turn to green, hazel or brown. Brown eyes have maximum melanin while green and hazel have less melanin produced during development period. It’s interesting to note that there are no actual blue, hazel or green pigments present in the eye. It is just varying proportion of melanin which is dark brown in color.

This dark brown pigment absorbs different wavelengths of light entering the eye and scatters and reflects them via iris. Here, it is interesting to note that some wavelengths scatter more easily compared to others. Obviously, eyes with higher concentration of melanin absorb more light and scatter and reflect less to lend brown eye color.

With lesser concentration of melanin, less light is absorbed and more is scattered and reflected by the iris. Since blue and green light waves have shorter wavelengths and scatter more easily than the longer red light wavelength; these eyes appear green or hazel. Moreover, since melanin is not equally distributed over the iris, you find hazel eyes appearing light brown towards the pupil and getting green towards the periphery of the iris.

Science states that the eye color changes in response to varying light conditions for some seconds. The same holds true for hazel eyes. However, the intensity of color depends on several other factors too, like sunlight, health, atmospheric conditions etc. The color of hazel eyes can change to bright green, dazzling emerald, seaweed amber to even gray. Below are some interpretations on factors that influence the color intensity changes in hazel eyes.

When indoors, the light bulbs and neon lights creating the artificial light, also changes the eye color! Few shades of hazel get more amplified under their impact than others.

3. Clothing & segment around you

Everything colored around you including your clothing causes the color intensity of your eyes to become stronger or weaker. They will all reflect from your eyes to ooze a different color vibe. For instance, a red dress will cause the eyes to come out as red-hazel while hues like gold, blues or greens will lend your eye color to go a shade or two darker!

4. Seasonal allergies or other forms of allergies

Any types of allergies including seasonal allergies tend to change the color intensity of hazel eyes. They can look reddish around the white of the eyeball. Even the eyes may turn baggy and puffy. Even when you slice onions, you may find your eyes turning red due to onion spice.

Owing to its heredity and mutation base, hazel colored eyes can be found in people of any race, even the Africans. However, hazel eyes constitute the genetic sequence of certain races from as far back as you can trace them. It is highly prevalent among people of Spanish, Muddle Eastern and North African descent. Other races show considerably less percentage of hazel eyes.

Hazel eyes are characterized by less melanin. This makes them susceptible to the harmful rays of the sun. Owing to this, these eyes are more vulnerable to develop certain types of ocular cancers like the intra-ocular or uveal melanoma. This is the reason people with hazel eyes are strongly advised to venture out always with sunglasses offering strong UV protection.

Due to light eyes, hazel eyed people are also susceptible to medical conditions like ocular glaucoma degradation. Popularly known as the ‘silent thief of sight’, it is basically an eye disease which affects the optic nerve and one gradually loses vision over a period of time. Because of this, people with hazel eyes should regularly undergo eye-checkup at regular intervals from a very young age.

Hazel eyes are also vulnerable to macular degeneration. Here the light sensing cells within the central area of vision i.e. macula get damaged and die gradually leading to loss of vision.

People with hazel eyes are also predisposed to digestive and respiratory problems. They are thus required to be extra careful to maintain a healthy diet and regularly detoxify their body.

People with hazel eyes are also prone to anxiety and panic attacks. Their pain threshold is also supposedly lower than others.

Not only are hazel eyes rare but they are also the most misunderstood eye color. Have fun with some of the common misnomers associated with hazel eyes. Check out:

Because of their ever changing color hues, hazel eyes are considered the most beautiful eyes present in the world. However, its makeup requires some extra care to accentuate its best side as they change shade the most, depending on the clothes worn and makeup applied. If you are a lucky hazel eyed beauty, follow the below mentioned hazel eye makeup tips to floor everybody.

Some of the hottest male as well as female celebrities from sports, entertainment etc. flaunt hazel colored eyes. Due to their versatility, they look absolutely different and unique on each. While it’s difficult to list all, we mentioned a few below for you to check out: 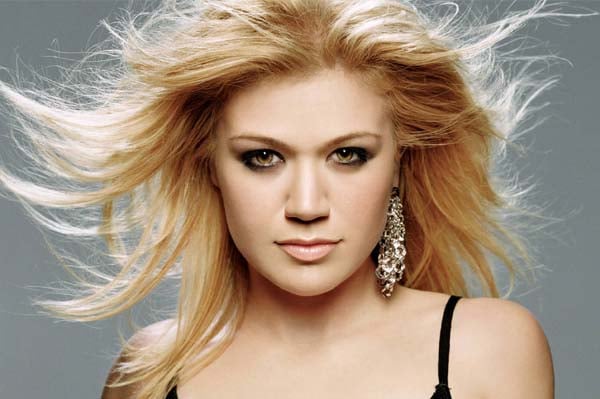 Change Your Eye Color To Hazel

Considering the beauty associated with hazel eyes, it is understandable that many wish for hazel eyes. There are many ways in which you can fulfill your wish. However, precautions should always be borne in mind.

There is still so much left to be discovered about eye colors. However, it is also advisable to not connect aspects of your self-worth with eye color and simply enjoy your hazel eyes!

Causes Of Hip Pain In Women And Simple Healing Approaches

Grandmother Fashion Looks And Styles For All Seasons

Here’s How to Overcome Pre-Exam Jitters. Keep Calm and Exam On!

Lace Saree Draping Styles You Can Learn From Our Bollywood Divas

Fashionlady - September 26, 2016 0
You may have seen how our Bollywood girls and divas drape sensually in lace sarees, and sighed about the sexy look. We have all...