Happy New Year all you fashion and style lovers!

Well, now as that’s out of the way, let us talk about one of the good things that a new and fresh month/year marks – a bunch of new magazine covers!! Like always, on the first of January we bring a LOT of new magazine covers and all the possible details of those covers. From what we have noticed so far, January 2016 Magazine Covers are all about bright and lovely colours!

Let’s take a look at them, shall we?

As Vogue marked their 100th issue, they invited Sonam Kapoor on their cover. Full of spunk and energy, Sonam Kapoor brightened their cover in a Gucci floral pant suit. The shoot for the cover was done in Melbourne and from what we hear, Sonam had an amazing time. 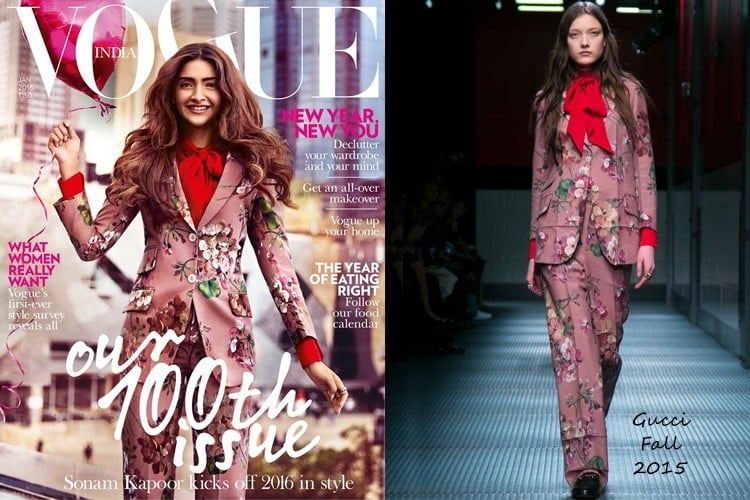 Elle India was not far behind for they also marked their 20 years in India. Dressed like a runway model in a Fendi jacket, Amit Aggarwal skirt and Isharya earrings was Jacqueline Fernandez. Sleek pulled back hair and blunt pink lips finished her look. She looked absolutely stunning. Giving gratitude to the end of one wonderful year was Kriti Sanon on the cover of Grazia. A Missoni Resort 2016 dress, matte makeup and well done brows rounded her look. We love the pensive stare that she is giving us here. 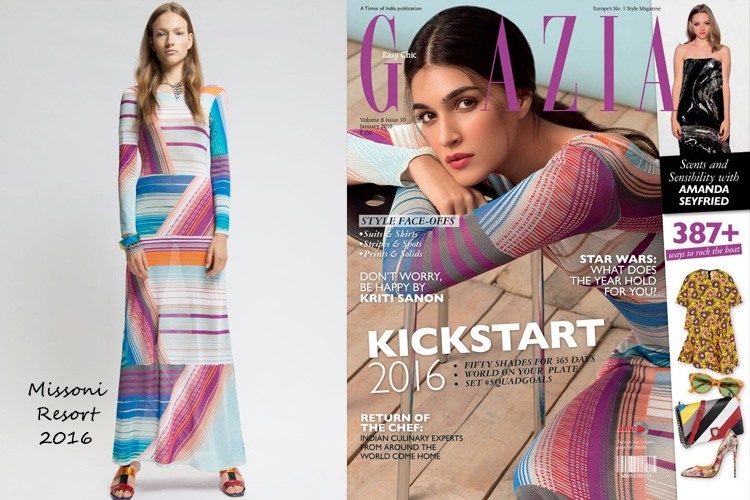 Breaking the rules, Sonakshi Sinha and Femina India went with the darker route. Dressed in a black outfit by Sahil Kochar, Sona rounded her look with equally dark makeup. A fresh change we say! 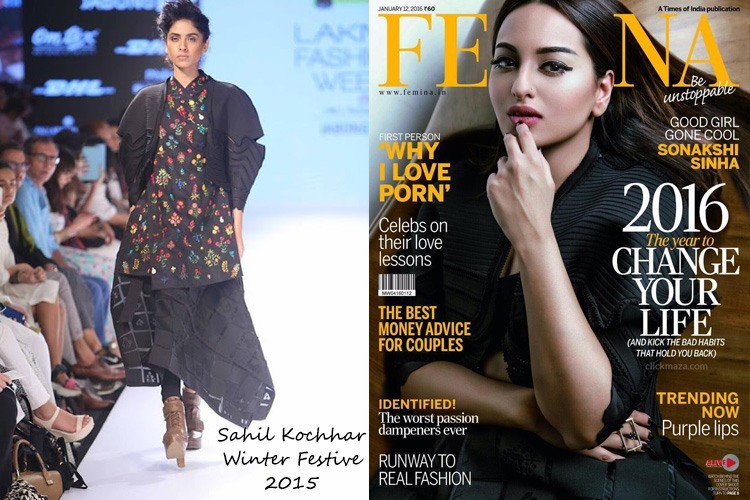 On the cover of Verve was Richa Chadda wearing a Rohit Gandhi and Rahul Khanna outfit. Intricate up-do, sultry makeup and diamond studs in ears finished her look. She looked like a Greek princess. 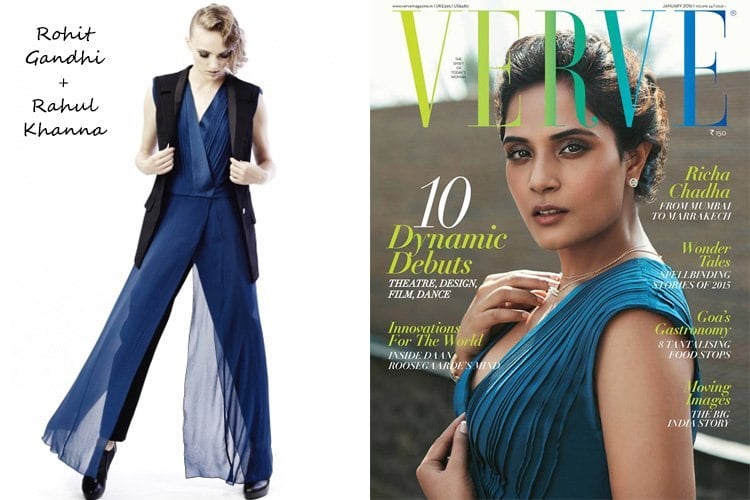 6. Cocktail of Celebrities on Filmfare

While all magazines approached individual celebrities to appear of their cover, Filmfare decided to go with four celebrities. Alia Bhatt and Sonam Kapoor wore the same outfits that they wore for the Filmfare Glamour and Style Awards. Savvy, don’t you think?

For Elle’s International edition, it was Rooney Mara on the cover. The dynamic beauty dressed herself in Louis Vuitton. Braided hair, red lips and bold eyebrows finished her look. She looked good!

Selena Gomez made a jaw dropping appearance on the cover of InStyle magazine. The best of couture outfits were picked up for her by Fashion Director, Arabella Greenhill. Looks like this year is going to be magnificent for our belle!

Are these 9 covers enough to feed the fashion addict in you? On second thought, the celebrities look lovely, don’t they?